We’ve all heard the story: Apple’s ARKit will accelerate augmented reality’s market penetration by creating the world’s biggest developer platform overnight. The premise is based on the platform’s software-centric approach that makes it compatible with a whole lot of existing iPhones.

But how many is it? We’ve heard “tens of millions,” “hundreds of millions,” and of course “a crap ton.” So to ease the suspense, we at ARtillry did the math. The verdict: there are 381M ARKit-compatible iPhones active today, 505M projected by the end of 2017 and about 850M by 2020 (chart below).

Not including iPads (more on that in a second), this is essentially the installed base of iPhones that have A9 or A10 chips. That translates to the iPhone 6s and 6s+, or greater. Taking into account its September 2015 launch and the 2.5 year replacement cycle for iPhones, number crunching ensued (more here).

But perhaps more interesting than the current snapshot is the future projection. As noted, we project about a half billion units by end of year, or 65 percent of total iPhones at the time.  This will be driven by holiday-quarter sales that tend to move 75M+ units, not to mention a shiny new AR-centric body.

By the end of 2018, replacement cycles will wipe out all but 48 million non-ARKit-compatible phones in active use. Moving toward 2020, almost all 850M iPhones we project as an installed base will be ARKit-compatible, considering a very small portion of (second-hand) active devices older than 4 years.

But the takeaway isn’t just AR-compatible devices’ share of the iPhone universe. It’s also the degree to which that universe itself will grow. Year-over-year iPhone sales have waned; an AR-packing unit could give it the sales resuscitation it needs (though a rumored $1k price point could temper this).

As for iPad, we project 32M ARKit-compatible units by the end of the year. The smaller total has a lot to do with components like processing and optics. AR apps on the iPad could also be narrower, based on range of motion and portability, but we’ll certainly see at least some bigger-screen use cases develop.

Disclosure: The author has no financial stake in the companies mentioned in this post, nor received payment for its production. Disclosure and ethics policy can be seen here. Market sizing credentials can be seen here. 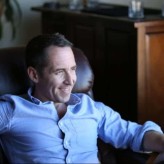