AiFi hopes to make its mark with a couple of augmented reality apps that will enable you to make, among other things, holographic selfies with your smartphone.

The company showed off the tech off CES 2018, the big tech trade show in Las Vegas this week. The idea is to let you use the Wonderlens and Holo Messenger apps to play with your image and transport yourself to a location in the name of cool or funny art.

It works on any iPhone and iPad. You can pretend to explore the murky deep under the ocean, go to outer space, or visit one of the ancient wonders of the world with the simple and easy-to- use smartphone apps.

Both apps run on tech from AiFi, a computer vision startup based in Silicon Valley. The apps deliver your own AR creations in real time with images that are more carefully cut and edited.

Wonderlens enables you to ‘segment yourself’ (cut your image out from whatever background is in your selfie, and ‘transport yourself’ to another background). It will make dozens of background images and videos available so you can be at the top of a mountain, swim with whales, visit Paris, live in a sci-fi world or attend an event in another city. It  lets you have a video in the background and instantly and in real time segment a moving image of yourself and place it in another video background. 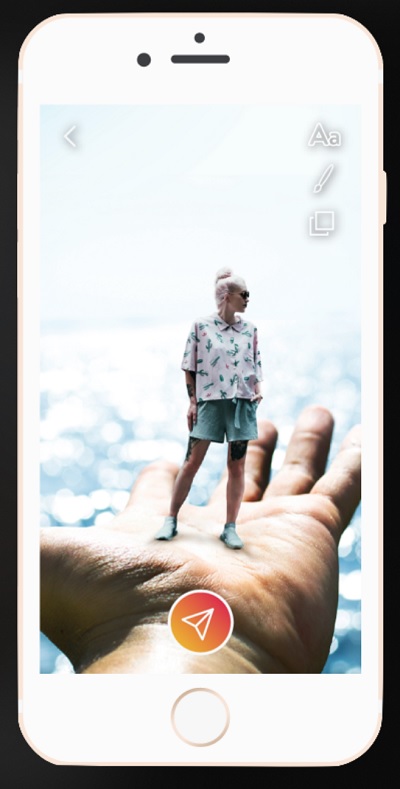 One example: You can take a video of yourself dancing at home and input your dancing image into a concert video background with friends.

The Holo Messenger enables you to make yourself into a hologram to deliver a message (think Princess Leia in Star Wars: A New Hope).

“Our engineers and scientists have been developing this enabling technology to power future business applications,” said AiFI CEO Steve Gu in a statement. “AR is obviously one of the natural applications which we are showcasing here at CES. But that is only the tip of iceberg.”

Both Wonderlens and Holo Messenger showcase technology which AiFi will use for numerous consumer-facing use cases including retail environments for easy, fast automatic checkout-free shopping experience. Other AiFi technology business use cases include smart city applications and in hospital settings as well as for physical therapy and sports.

AiFi has 18 employees and was founded in February 2016. It has raised $4 million and is based in Santa Clara, California.