As the prices on VR cameras slowly tick down, one company has figured out how to speed that process up, by letting you take VR footage using two stacked Android smartphones. Aimfire’s Camarada, which means “friends + camera” in Spanish, can take traditional 2D footage and display it in zoomable VR. But its real trick appears when you add a second phone stacked on the first. Using the two viewfinders, the app syncs the phones and renders full VR video with an approximately 180-degree view.

It’s available now on Google Play, with an average review of 3.8 out of 5 stars.

“Today, 3D VR content can only be created with dedicated camera arrays such as the GoPro Odyssey and Nokia Ozo,” Aimfire founder Clement Ren said. “These specialized cameras are costly to own, a major pain to carry around, and require tools and knowledge for post-processing. They are designed for Hollywood, not people like you and me. So the idea was, we have an abundance – billions — of smartphones around us, and each one of them is equipped with cameras. Why can’t they form a camera array to capture VR content?”

Aimfire, a seven-person firm in New Jersey, was founded in 2014 and received seed funding last September from two angel investors in the mobile industry. Ren started his career working at Bell Labs on digital signal processing algorithms. He later worked for Motorola and Verizon Wireless on mobile software, and has about a dozen patents either in the works or issued in the area.

The company’s other cofounders, Joe Sofio and Neil Kushner, also have backgrounds in mobile, including expertise in marketing and financing. Neil is the former vice president of sales for ZTE Corp., a telecom equipment company. As the company moves into licensing Camarada to OEMs, the firm will be leaning heavily on his cofounders, Ren said.

Camarada is Aimfire’s first product. Ren says he’s particularly excited about the full dual-phone VR mode, which could be used to record intimate events such as a baby’s first steps in VR, the exchange of vows at a wedding, or the goal at the big game friends attend together.

“We made the whole setup and capture process easy as pie,” he said. “The user opens the camera viewfinder from within the app, and the app then automatically detects, synchronizes and links to the neighboring device, and is ready for 3D capture. The user stacks the two phones, and presses the shutter button — located on the device that’s stacked on top — to begin and end capture. As soon as the user stops the video capture, the video clip captured by each device is automatically transmitted to the neighboring device. Then the app employs sophisticated computer vision algorithms to automatically process the videos to form a perfect stereoscopic left/right pair, ready for user consumption.”

“Our signal processing technology allows us to wirelessly sync nearby smartphones to an accuracy that’s orders of magnitude better than existing tech. This means zero lag between the cameras, which in turn, means that no post-production is needed to align the left/right video in time,” he said.

The system doesn’t use Bluetooth or WiFi for that task, because variable latency could lag one frame of video or the other. Its signal processing has a patent pending. The app’s computer vision algorithm automatically accounts for the differences between the two phones, Ren said. Since those phones could have different cameras, with different fields of view, focus, resolution or exposure, Camarada’s algorithms adjust them to sync on the fly.

The actual footage transfers from one phone to the other via peer-to-peer, so they don’t need to be connected to the same network or wireless carrier, and there’s no data plan use (or sensitive video in the cloud,) he said.

You can play the video from within the app: It’s compatible with Google Cardboard and Daydream View natively, and Samsung Gear VR via a third-party plugin such as the CB Enabler. The company is working on making the video compatible with Oculus and Vive headsets. When you pan outside of the 180-degree field of view of the 3D videos, the app shows a static background.

“Currently we use a simple starfield background, but we are working on a much nicer, ‘theater’ background, which will be available in the near future,” Ren said.

For now, the app works with all Android devices using Kitkat or better. 2D is available for demo at the company’s website. The company is working on the ability to use three cameras for panoramic and 360-degree videos.

“To capture a video, each user will point his or her phone at a different direction,” Ren said. “As with dual-phone mode, after capture is done, all videos are swapped among participating devices, and a panoramic video is automatically stitched by the app.”

The app will be available on the App Store for iOS devices soon, Ren said. The company plans to soft-launch the iOS version by the end of March 2017.

“We made the decision to support Android first, because Android is the dominant platform for mobile VR today,” Ren said. “Since our technology is purely software based, there is no issue porting it to other platforms — like Windows Phone — if/when the need arises.”

He’s encouraged by the comments of users so far, he said.

“One of my favorite quotes from our users, and one that I read over and over again to remind myself why we worked so hard and need continue to work hard: ‘I have family here that is not long for this earth, and I want to make a whole home movie in VR with this app.’ ” 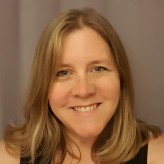