Alvo is a brand new competitive VR first-person shooter on PSVR that can be played with a PS Aim Controller, two PS Move controllers, or the DualShock 4. Check out our full Alvo review for more!

When it comes to multiplayer military shooters on PSVR, there isn’t exactly a wealth of choices. Alvo aims to fill the gap left in the absence of titles like Onward and Pavlov — the latter of which is confirmed to be a PSVR 2 title — by delivering the fast-paced multiplayer shooter that PSVR gamers have been waiting for.

What is it?: An online competitive shooter for up to 10-players
Platforms: PSVR, Quest and PC VR coming next
Release Date: Out Now
Price: $39.99

Alvo isn’t going to blow your mind with an original theme or unique mechanics. It’s more of an “anything you can do, I can do better” sort of affair — eventually, anyway. There’s no getting around the fact that Alvo isn’t quite finished yet. The build numbers don’t even hide it: it’s version 0.2.027 as of the PlayStation Store release. But what Alvo lacks in content it makes up for in good foundations. This game has excellent bones, even if there isn’t very much to do.

Right now, Alvo gives players the choice between four original maps, with the fifth choice being a night variant of the Monastery map. Each map can be played via three different modes: 10-player Free For All (deathmatch), 5v5 Team Deathmatch, and 5v5 Search and Destroy (team and objective-based). Three additional choices will be available in the near future once development has finished: Zombies, Domination, and private match.

Each map is multi-tiered and offers plenty of places to hide or take cover behind, although only one of them is close to the size you’ll find in similar titles like Contractors or Onward — neither of which are available on PSVR, anyway. The largest map, simply called “IndustrialMap”, is a much more tactical experience compared to the others, which are often quite small and can feel a bit crowded in a full Free For All game. The biggest negatives here are the quantity and variety of maps, not the quality.

On the surface, Alvo — a Portuguese word meaning target — seems to take aim at one of the biggest classics in the PSVR library: Firewall Zero Hour. While similar in theme, Alvo eschews the slower, tactical nature of Firewall and, in its place, delivers a formula that’s more akin to Pavlov or Counter-Strike in pacing. Getting shot is quite unforgiving and you’ll find that you die within fractions of a second if an enemy spots you first. Loading times, likewise, are blazing fast, and the multiplayer matches I joined all took mere seconds to go from sitting in a lobby to shooting enemies.

It’s a refreshing pace when compared to Firewall’s wait times, which can be a buzzkill to the excitement that you might otherwise have for the next round. Like Counter-Strike, players will vote on the next map at the end of each round and scoreboards will show who did the best. Unlike Counter-Strike, however, players will earn Alvo Coins based on how well they played. Skilled players will find themselves unlocking an arsenal of weaponry in no time, while other players will need to put in more practice time before they can get a shiny new gun or add-on.

While some games in this genre give players access to everything up-front, Alvo gives everyone the same starting weapon collection and rewards players who put time into the game with additional firepower. Players start off with an AK-47-like gun (called an Annihilator) and a pistol, and can also choose between three grenade types, as well as a pick of 13 character models. Six additional primary weapons and one additional secondary weapon must all be unlocked with the aforementioned in-game currency, Alvo Coins.

In addition to the standard weapons, players can earn two types of attachments — a laser and a bayonet — as well as a rather impressive set of seven different types of scopes, and a slew of different skins for each weapon. Since Alvo Coins are earned and cannot purchased with real cash, only the most dedicated players will be running around shanking you with bayonets or shooting you with shotguns.

It only took me a few rounds before I was able to buy a scope (for reference, there are no scopes at all in Firewall Zero Hour), helping long-range shooting substantially. A few rounds more and I had my second primary weapon, which helped me play more to my personal style. That’s the kind of upgrade path I can get behind, as it persuades players to spend time in the game rather than coercing them to spend more money.

A perks category is also listed as “coming soon”, but no additional information on those items is available just yet. As you upgrade your arsenal, you’ll be able to customize four individual load-outs for quick selection in future matches.

Alvo fits squarely into the “intense” category for comfort. This is a game where you’ll be using the joystick to virtually look and move, just as you would on a standard first-person shooter on your TV. Because of the PSVR’s limited range of physical movement tracking, you’ll be using the right stick to turn your character — either by tapping to move in incremental degrees or holding to smooth turn. Jumping and sliding could add additional discomfort for some players as well. There are some vignetting options enabled by default to dim the edges of your view and help with motion sickness, but players who suffer from these effects will likely prefer taking a seat instead of standing while playing. Options for using the DualShock 4, Move controllers, or Aim controller also help provide a range of custom options to aid in suppressing motion sickness.

As was said before, Alvo relies on speed and intensity to overcome its fairly barebones experience. This will hopefully evolve over time as the developers add more content but, for now, players who love fast-paced shooter experiences and want to play something like Counter-Strike in VR will feel right at home here. You don’t have the slower, more realistic type of physics that you’ll find in something like The Walking Dead: Saints & Sinners or complex reloading mechanics like in Onward or Contractors.

This is a more arcade-like experience and everything else reflects that. Heck, you can slide like an action hero by pressing crouch while running similar to Solaris — a move that will absolutely make you feel badass if you kill someone while pulling it off. Turning and aiming both feel exactly as you would expect while playing a light-gun game in an arcade, with no additional interpolation or weapon weight. Weapons will get caught on walls or other objects if you get too close, though, so you’ll need to be mindful of things getting in the way of your aim.

Alvo’s developers have created excellent control schemes for all three types of PSVR controllers. The DualShock 4 and PlayStation Aim controllers will feel most natural at first. In fact, the DualShock 4 even behaves as if you were holding a gun, requiring players to physically aim the controller, similar to Hitman 3 and Firewall. While the PS Move controllers don’t have a joystick — or any obvious way to move virtually, for that matter — Alvo’s developers cleverly devised a way to move in any direction without much fuss by holding the big button where your thumb rests and orienting your left controller in the direction you want to move.

Even though it took me a couple of rounds to get adjusted to this method, I actually found it to be a rather palatable way to play the game. The Move controllers made aiming easier than when using a DualShock 4 and didn’t suffer from any of the weird drifting I sometimes experience with the PlayStation Aim controller. Using the face buttons to turn left and right brought back memories of Goldeneye on N64, which is extremely limiting in stressful close combat situations, but it worked surprisingly well given the controller’s usually limited nature.

Controls are straightforward for a shooter. Square reloads, Circle toggles ducking, Triangle cycles between primary and secondary guns, L1 jumps, L2 tosses a grenade — this was one of my favorite mechanics as it allows you to quickly throw one in a pinch without really needing to aim — and R1 and R2 are used for melee or shooting your weapons. If you’ve played any modern shooter at all, the controls just make sense, and don’t attempt to reinvent the wheel.

Visually, the game is good enough for a PSVR game built with the PS4’s hardware in mind. It reminded me a lot of the recently released Hitman 3 in terms of model and texture quality, while the sound effects were pretty lackluster. You’re not going to be impressed by any of it, but it gets the job done well enough and gave me nothing to really complain about. While I played this on a PS5, PSVR games cannot be built with PS5 hardware in mind, so it’s still running a PS4 game in backwards compatibility support at the end of the day.

If you’re a fan of multiplayer shooters, there’s no doubt you’re going to have a solid time with Alvo. It’s seriously great fun thanks to lighthearted, arcade-like mechanics and a low learning curve that’s instantly accessible to anyone who’s played a shooter before. Quick matches and fast loading times keep the action going, and built-in voice communication makes it easy to work with teammates without any fuss.

But there’s no denying that the game is quite barebones — something that’s especially worrying for a title that’s been in development over four years and, yet, is only launching with five maps and three game modes with lots of unavailable features in the menu. The $40 price tag seems a bit steep to me for such a small amount of content, even with the promise of plenty more to come.

Still, there’s not exactly a wealth of other options in the PSVR world, With solid bones and what seems to be a welcoming and excited community, it’s likely that you’ll have a fantastic time with Alvo if you enjoy multiplayer shooters. Even in empty rooms, bots will automatically fill up the roster and make sure you have plenty of target practice before the real battles begin. Just don’t go in expecting any sort of single-player missions or a campaign mode, because there isn’t one whatsoever.

This review was conducted using a PlayStation 5 playing Alvo as a backwards compatible PS4 game. For more on how we arrived at this score, read our review guidelines.

Alvo is now available on PSVR for $40 with a 25% discount for PS Plus users until 4/27/21. Both PC VR and Quest releases with cross-play are planned for the future. 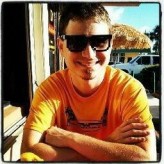