The Angry Birds Movie 2 VR: Under Pressure Review – Worth a Dive For The Co-Op

The Angry Birds Movie 2 VR: Under Pressure is the latest VR game featuring Rovio’s classic characters. We take a deep dive to see if it’s worth your time in our full review below!

As the mobile gaming world moved beyond the once formidable Angry Birds and found new juggernauts like Pokemon Go and Fortnite, the far-flung fowl got busy building their own multimedia empire with movies, mash-ups, and all sorts of spin-offs to keep the birds pop culturally relevant. In that spirit comes their latest effort and movie tie-in, The Angry Birds Movie 2 VR: Under Pressure. You’d be forgiven for thinking it’s a quick cash-in, but in reality it’s an enjoyable, if brief and somewhat flawed, VR game designed for the whole family.

Under Pressure pairs the feathered and furious with their pig frenemies and takes them deep under the sea in a frantic and surprisingly well-designed asynchronous multiplayer game. In Under Pressure, player one will wear the VR headset playing a pig and operate a giant magnet while overseeing each level from an isometric view above. Meanwhile, optional players 2-4 can join in as the birds below who help perform the hectic treasure hunts by repairing machines, converting low-level treasures to more lucrative types, crafting and loading ammo, and clearing the deck of any obstacles, like TNT crates and junk that washes up with the loot.

The end result is the same sort of funny stress you find in Overcooked! or Lovers in a Dangerous Spacetime where players’ assembly lines can be undone by increasingly out of control mission parameters. Under Pressure impressively piles on new mechanics with every level. Early simplistic layouts of the submarine eventually give way to more labyrinthine designs that offer tricky shortcuts, demanding players young and old will not only need to master the controls, but weigh risks versus rewards constantly in any given level.

Timing is everything, and any flock not willing to work cohesively will quickly find themselves sunken. The goal is to collect enough treasure to max out with three stars and in later levels it will take something close to perfection. Like those aforementioned titans of co-op, Under Pressure is not meant to be bested in one go. The brief nine-level story mode can be one-starred in about two hours, but to see the bonus modes after that, you’ll need many more stars than the bare minimum.

Those bonus modes continue to throw in new mechanics too, which extends the life of the game and gives a great reason to improve earlier scores. It’s a bit strange how it’s all sorted, with the four modes being Story, Bonus, Challenges, and Extra, it seems like those latter three are all really the same thing in name, and conceptually all four are really part of the same progression anyway. Beyond stars unlocking more levels, there’s little reason to return to the game. Cosmetic items like new hats can be earned but that’s as far as that goes. Still, for the arcade-hearted players, three-starring every level will be a fun and difficult challenge. At times, it can seem perhaps too difficult given the target audience, meaning some later levels may stay forever locked, but like those games it’s inspired by, half the fun comes in the humorous failures that are guaranteed to arise in any group.

One of the clearest signs of Under Pressure being greater than the shovelware some may assume of it comes via its sound design. Every action by players or by the world the players react to is cleverly instructive. With so much going on at all times, you could easily get lost in the chaos, but audio cues tip off when important events are unfolding, like when treasure is within reach, when TNT has come aboard the sub, or when you’ve got 30 seconds left to finish stacking your loot or clearing the deck. Each chime or whoosh becomes its own tuning fork for the players who become Pavlov’s birds almost subconsciously taught to do what needs to be done and urgently so.

While the game is designed for and obviously better in co-op, you can play it solo too. In this mode, the VR player can swap between the magnet-equipped pig and a bird below, but with just one deckhand and the inability to easily multitask, it’s the inferior way to play. On top of that, head tracking often went awry when playing solo in my experience. Swapping between pig and bird meant my view and aim was poorly misaligned when trying to use the magnet again. It’s as quick a fix in Under Pressure as it is with any PSVR game — a brief hold of the Options button will set you straight — but when it happens so often in a game where every second counts, it grows to become borderline inexcusable.

As there’s no walking to be done in first-person, the game avoids those nausea-inducing moments which drag down some other VR experiences. I never felt even a moment of dizziness or trouble outside of the head-tracking failures when I played alone, and even those disappeared when I played in co-op.

The Angry Birds Movie 2 VR: Under Pressure borrows not from the forgotten heap of licensed tie-in games of the past and instead looks to mimic some of co-op gaming’s recent hits. It does so admirably and comes out as a game surprisingly worthwhile if you’re playing in co-op. When flying solo, persistent issues hamper the game, but with a flock of friends or family, it’s a happily hectic and cleverly built game for the VR player and their sidekicks alike.

The Angry Birds Movie 2 VR: Under Pressure is available digitally from the PSN Store for $29.99 or physically on a PS4 disc for $34.99.

This review was conducted on a PSVR using a digital copy of the game. For more on how we arrived at this score, read our review guidelines.

Cleverly follows through on its Overcooked! inspirations

In solo play, head-tracking regularly fails when swapping between characters

Many levels are locked behind daunting score thresholds 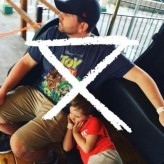