Ever since Pokémon Go popularized augmented reality apps, developers have been trying to build the “next big thing.”

The most popular free-to-use app using Apple’s ARKit right now is Skrite, according to data from SensorTower, and today Skrite Labs has announced the addition of a new feature that lets its users virtually teleport to locations around the world. 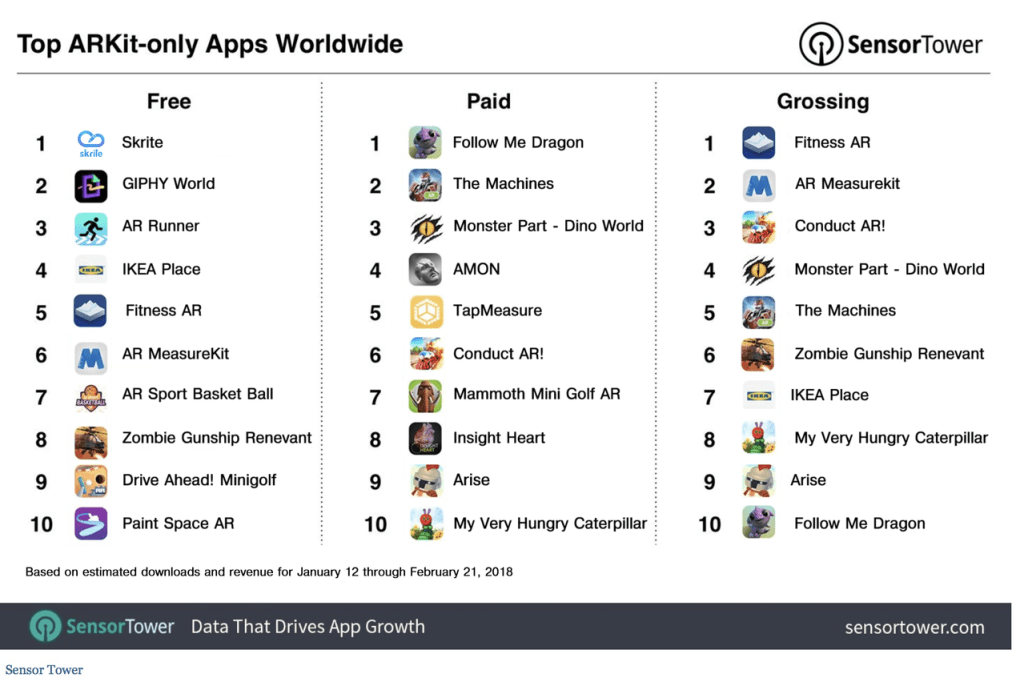 The Skrite app lets users create and post user-generated AR content directly from an iPhone or iPad. Messages can be private or public, and users have posted more than 200,000 messages on the app, to date.

Today’s announcement brings a new feature that allows users to experience 360-degree panoramic views of skylines where Skrite messages have been posted. If a user makes a Skrite above the Statue of Liberty, for example, their followers or friends receive a notification. Once followers choose to view the message, they are “teleported” to the exact location where the AR content was posted in the sky above the famous landmark and can see the material left by the original creator.

Skrite recently integrated Apple’s ARKit framework, and the app has been climbing the App Store charts since its debut in June 2017.

“Our primary acquisition strategy has been to build an exceptional app that leverages groundbreaking technology,” Skrite cofounder and COO Dr. Arshia Siddique told me. “The AR market, to date, has been saturated with gaming apps, so there has been a real thirst for something that’s more accessible to everyone. Skrite stands out because of its uniqueness to enable social interaction through augmented reality in a way that’s never been done before. And because users can claim portions of the sky on a first-come, first-served basis, there’s incentive to reserve your space now.”

But when it comes to user acquisition, the company hasn’t simply relied on creating an engaging experience.

“Tactically, we focused on the college market early on, via online and offline channels such as ground marketing, Facebook ads, and more, and saw the Skrite community take off from there,” Siddique said.

Analysts agree that AR has a high potential for long-term cultural change.

According to Digi-Capital, the augmented and virtual reality market is expected to hit $120 billion by 2020. Apple CEO Tim Cook recently stated that “AR is big and profound” and “one of those huge things that we’ll look back at and marvel at the start of it.”

“Undoubtedly, AR will command a very important segment of technology,” Siddique said. “We’ve focused on the ubiquity of smartphones so far but will continue to explore all other options that make AR more accessible.”

Of course, AR glasses are the obvious device for broad consumer adoption. With recent announcements from the likes of Magic Leap, we’re getting closer to devices that the average person won’t mind wearing in public. Once that happens, AR will affect our daily lives in exciting new ways.

“Over the next five years, we anticipate a new spectrum of everyday uses for AR — from Wikipedia-type information for landmarks to navigation and business reviews,” Siddique said. “We predict that owning physical space will become just as important — if not more — than online domain space.”

“There will soon be a land grab to own the physical space, and that’s a big opportunity for us,” Siddique said. “We’re exploring a network that can stream AR ads on all platforms that have integrated it with their businesses. We plan to share more soon.”

This article by Stewart Rogers originally appeared on VentureBeat.