Even though it’s still just in Early Access, Blade & Sorcery is an emerging sandbox VR combat game that’s been gaining a lot of attention as of late. The gladiatorial combat simulator is the brainchild of solo developer KospY, under his studio WarpFrog, and has been available to public audiences since December 2018. It was built from the ground up for VR; with several maps, enemy types and weapons and it has a ton of replay value. The game’s focus on realistic physics make for an immersive and satisfying experience — if you can stomach the violence.

Last month, I contacted WarpFrog’s Community Manager and public spokesperson – ‘The Baron’ – seeking an interview to discuss the game’s success and gain some insights into its development. He actually took me one step further, and arranged for me to speak directly with the elusive developer himself.

KospY and I sat down and talked for a while over Discord one evening, and I was able to pick his brain over the game’s origins and his vision for the future. For more details, you can read up on KospY and The Baron in this Oculus blog post as well.

UploadVR: Let’s start by talking about your background. How did you get started with programming and development?

KospY: As far as background goes, I come from the modding scene. The funny thing is I don’t have any experience in game development, and I’ve never worked in the industry before. However, I’m self taught and I’m passionate about gaming and VR.

I’ve been making mods since my childhood, and my most recent modding experience with Kerbal Space Program gave me a good knowledge of Unity and programming. 3 years ago, after I first received my first VR set, I started a project on Unity, and worked on it as a hobby from time to time. I spent nearly 2 years designing the game in many iterations, and it changed direction several times. Last year, I finally had the chance to work full-time on that project and Blade & Sorcery was born.

UploadVR: What made you want to develop for VR rather than more traditional platforms?

KospY: Mainly because I’m just very passionate about VR! I’ve been following the scene since I first got the Oculus Dev Kit 2. Also, the community is great, it’s a smaller market and I like to innovate. VR felt like it was suited perfectly for a solo developer like myself.

UploadVR: And you mentioned that in its early stages, the game itself changed direction a lot. Care to talk a bit more about that?

KospY: Well, my original idea was to create a sorcery based combat game, something pretty simple. The game was called “Sorcering” once upon a time and the main idea was to fight waves of undead enemies. It used teleport-style locomotion, and combat was restricted just to spells back then.

After some time, once I’d gotten my ‘VR legs’, I moved to free locomotion and started to take the game towards PvP Multiplayer. It was around then I added the physics-driven melee weapons and archery, and started to test with other players.

I realized that multiplayer was not going to work, at least as it was then, mainly for two reasons. First, latency was too high to be able to parry an opponent well. Second, releasing a multiplayer only VR game was too risky; there simply weren’t enough players at the time.

After that, I had the opportunity to leave my day job. I scratched the entire game code to restart; to make something better and more flexible. From there, I slowly integrated some of my old code and assets into this new game. It took me nearly 6 months, but I don’t regret any of it whatsoever; and Blade & Sorcery is now a good foundation to build upon it.

Melee combat really wasn’t my focus at first. In fact, I more or less accidentally discovered that melee weapons were so satisfying with the physics I was implementing at the time.

UploadVR: So, even though it’s Early Access, the game’s had a lot of success and has a lot of positive reviews. There’s a big Youtube scene already, too. What do you think sets Blade & Sorcery apart from other VR combat games?

KospY: I think it’s the realistic physics and the player freedom that make it stand out from other melee games. It’s not just a case of waving a sword at an enemy at a certain speed – you can dodge, grab, punch, kick, parry, throw, stab, smash, shoot, use telekinesis, slow time, cast lightning… and there are many more things coming. You can mix and match anything at the same time, so the range of possibilities is huge. Even more so, if the player gets creative.

UploadVR: You mentioned that you’re developing the game solo, what obstacles have you found so far?

KospY: Well, as a solo developer I find I can’t do everything I want all at once, and I need to focus on more achievable goals. It can be frustrating, but I have to make do with limited resources. A lot of things haven’t been included by choice, but rather because I just happened to have the asset for it. To be honest, it’s more like I’m trying to find what I can do with the assets I’ve found and the code I’ve written – rather than thinking about what I want the game to be.

Things are starting to change recently though. With the game’s success, I’ve been able to get some help on the art side especially and I’m eager to show what’s cooking for the future of Blade & Sorcery.

UploadVR: You must do a lot of play-testing yourself, what’s your weapon of choice?

KospY: Yeah, sure! I play every day for testing purposes, but I do often find myself playing longer than I should when I get lost in a combat frenzy. I do enjoy playing my own game a lot. I think the Bardiche is my favourite weapon, but I may have a new one I’m working on in the current dev build.

The next update will bring some new weapons, and I’m eager to show them off.

UploadVR: Coming from a modding background yourself, you’ve made it pretty easy for the community to mod Blade & Sorcery. Are there any that catch your eye?

KospY: That’s a tough question. There are definitely a lot of mods out there already, but to be honest I haven’t really had the time to try them out. Right now, I’m really focusing on the game itself. I do take a look at them from time to time, and some of the ideas are interesting. For instance, I added leg sweeping in a previous update – the original idea for that came from a mod.

UploadVR: In terms of visual and design, there’s a fairly clear style to the game. What are some of your influences there?

KospY: So in terms of visuals, my inspiration mainly came from games like Skyrim and Dark Messiah. But I’m not an artist, so I didn’t really get a lot of choice in that to be honest. I chose the assets that were just close to what I wanted for the game. I’d have preferred to have something a little more unique, especially for the characters. That’s something I hope to work on for the future, though.

UploadVR: Is there anything specific you wanted to mention to the community?

KospY: I think it’s important to note that the game is still early access, and it’s only the beginning of the journey. It’s going to be great. For now, it’s only really limited to being a sandbox combat game – but way more things are planned in the future. For instance, more RPG elements like dungeon crawling, inventory, purchasing weapons and armour and player progression.

UploadVR: Last off then, something I’m personally very interested in. Multiplayer is very far down your development road-map- and you mentioned that, early on, there were issues with it. Can you tell me what form you realistically see that taking in the game when it gets to that stage?

KospY: Well, multiplayer is in the “to be defined” section of the roadmap. It’s something that I personally would love to do, but I must admit that it’s highly dependent on the success of the game in the next year. Not to mention whether it will be technically and financially possible to implement in an acceptable time frame.

But if multiplayer was confirmed, it should be limited to co-op and the idea will be to explore, loot and fight through dungeons with your friends. I couldn’t really say anymore for now though, since I’ll certainly be taking a closer look at this when we’re a lot further along in development.

For more details on Blade & Sorcery, make sure and check out our write up on the latest update (which added decapitation!) as well as our hands-on impressions from last year. 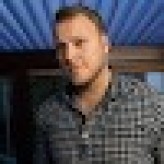