Blindfold Is A Disturbing VR Tale About The Torture Of Journalists

Indie studio Ink Studios is unveiling its second game, Blindfold, at the Games for Change Festival on August 2. It’s a tense virtual reality experience that gives players a first-person view of the inside of an interrogation room. After its North American debut at Games for Change, Blindfold will be available for free on the Oculus Rift headset with a gradual roll-out to all other VR platforms.

Ink Stories doesn’t flinch away from complex situations. Its first game is 1979 Revolution: Black Friday, which received critical acclaim for how it explored the Iranian Revolution with an emotionally charged choice-driven narrative. We revisit that world in Blindfold and see some familiar faces: the notorious interrogator Asadollah Lajevardi, who was one of the main antagonists in 1979 Revolution.

I tried it earlier this week at Ink Stories’ Brooklyn-based office. It’s short but urgent, a snippet of what it’s like to be a journalist in Iran who’s being forced to confess to crimes by an oppressive regime. Blindfold has just two characters — Lajevardi and another man, whom he threatens to kill in front of you if you don’t confess to your crime of providing photographs to the foreign press.

When you’re asked a question, you can only nod, shake your head, or remain silent. If you answer too quickly, the interrogator might question whether or not you’re telling the truth. Too slowly, and the same might happen. Navigating the subtleties of the interaction was an intimate and eerie experience, made all the more so because I knew it was based on real life. Lajevardi was an actual prison warden of the infamous Evin Prison in Iran, and at the end of the game, I saw a photo gallery of journalists who had been killed for reporting on their governments.

“It was incredible to see the ability of the success of [1979 Revolution] to bridge cultures through technology, and to use the gaming platform as a communication tool to communicate empathy, cultural difference, cultural history, cultural story, and to see that there’s a huge appetite in the marketplace among people who are interested in exploring new worlds,” said Vassiliki Khonsari, a cofounder of Ink Stories. “And not just new worlds that are fantasy worlds, but new worlds that are real, that bring meaningful stories. And so we took this a step further.” 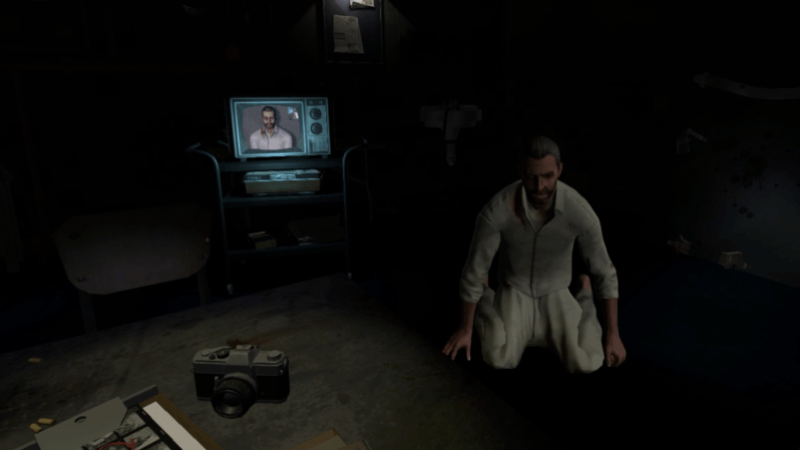 To do so, Ink Stories partnered with the Committee to Protect Journalists (CPJ) and the Center for Human Rights in Iran (CHRI). Both are nonprofits that concentrate on shining a light on these kinds of incidents. Courtney Radsch, CPJ’s advocacy director, says that they worked closely with Ink Stories to provide information and fact check to make sure Blindfold was as true to life as it could be. According to the CPJ, a record number of journalists are currently in prison.

“We have at least 259 journalists in prison, which is the most we’ve ever recorded. Iran has typically topped the list,” said Radsch in a phone call with GamesBeat. “It usually comes in the top three to five countries jailing journalists. Last year Turkey had that ignoble honor.”

Omid Memarian, deputy director of the CHRI, has endured an interrogation like the one depicted in Blindfold. He says that the project isn’t just about Iran specifically, but rather about governments and oppressive regimes throughout the world that are practicing these kinds of interrogation techniques.

“As someone who has sat in that room and who had to make decisions like the ones we see in the VR production, it’s a chilling experience of a human tragedy, and it gets as close as possible via computer to take the audience to such a complicated, inhumane practice,” said Memarian in an interview with GamesBeat. “It lets them decide for themselves. What would they do if they had to make these decisions? Even if it’s in VR, they have to think about those decisions and see what the outcome might be.”

For everyone involved, VR was the only medium that could communicate this story. Navid Khonsari, who cofounded Ink Stories and is Iranian-Canadian, said that Blindfold is all about conveying the kind of psychological warfare that’s implemented in forced confessions. 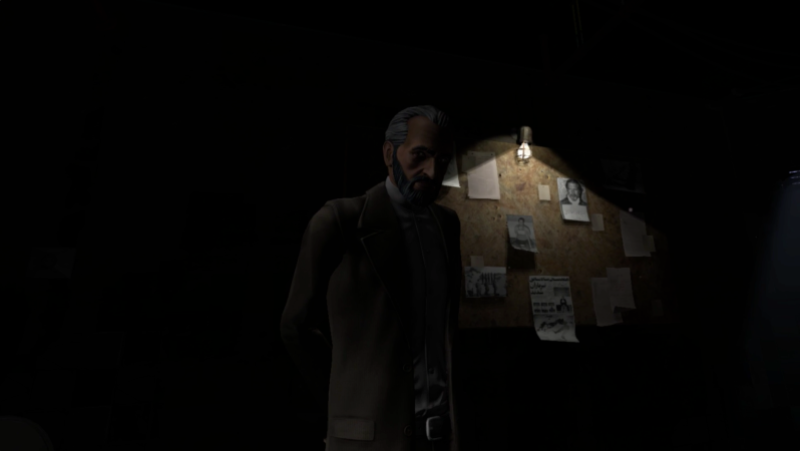 “We’re really talking about a whole new level of torture, emotional torture, that goes way beyond the walls you’re confined in,” said Khonsari. “Virtual reality has many incredible elements that a lot of people are engaging with, but the psychological aspects of it—we’re just starting to tap into the impact it can have. That was something really interesting for us as we delved into this.”

Ink Stories placed a heavy emphasis on crafting the branching dialogue as well as sound design, including details such as hearing another prisoner being tortured next door and having the interrogator walk around behind you as he questions you. Khonsari has experience with creating this kind of fraught environment, having worked on the Resident Evil 7 demo, Kitchen VR.

“There’s also a strength in the messaging there, which is, ‘You’re sitting down and I’m standing up.’ There’s a power dynamic that’s very much established from there,” said Khonsari. “These small, subtle sounds, the building of the soundscape—it’s absolutely key, especially to creating narrative focus stuff and character dynamics.”

People who are attending Games for Change may demo Blindfold, which will involve a physical aspect as well. Khonsari says that players will first walk past a wall of in-memoriam photos, then they’ll take a seat in one of two chairs set up back to back. Before they put on the headset, their hands will be bound with rope.

“Something that’s overlooked often with VR is taking you into the experience and taking you out of the experience,” said Khonsari. “In a weird way, those very simple props, and the fact that you’re blindfolded—that’s another thing. We put a lot of thought into how the VR headset resembles a blindfold, the way it’s going to feel. You need to have these physical elements to help you go into it.”

Blindfold will be a part of Games for Change’s first VR for Change Summit, which will explore the emerging tech along with the festival’s mission of highlighting how games intersect with other sectors such as education and public policy.

“Games for Change recognizes the amazing potential that VR has to educate and create empathy, and fully supports VR as the medium for experiences like Blindfold, where viewers become fully immersed in a situation they wouldn’t otherwise experience,” said Susanna Pollack, Games for Change’s president, in an email. “There is so much being done with this technology that we wanted to cultivate a place where developers and members of the community can come together and talk about the positive social change that is being made with VR.”

After the festival, Radsch says that CPJ wants to incorporate Blindfold into its Free the Press campaign, which aims to raise awareness around journalists who have been imprisoned. CPJ also works with journalism schools, where students write post cards to reporters who are incarcerated, but Radsch says that VR can add yet another visceral element.

“I’ve seen people watch this, and without having any particular political view, they get engaged with the game just as an interactive theme. But when they come out the result is very remarkable,” said Memarian. “Without knowing or wanting to necessarily be engaged in the content of the game, just by being interested in playing the game, they become engaged. They’re touched by the depth of the experience.”

This post by Stephanie Chan originally appeared on VentureBeat.