As part of the Oculus Mobile VR Jam that took place a few months ago, Marco Colombo’s Damnfields was one of many entries attempting to push the mobile VR market forward. Since then, it has been ported to DK2, but in doing so has lost something important along the way. Damnfields is composed of four challenging minigames, all of which use a basic look-to-interact mechanic to play. While the concept is solid in theory – software that offers a variety of experiences in one package – it does come off like the “all-in-one” video game cartridges of yesteryear. This feeling is reinforced by the fact that all but one of the minigames is nearly identical, making playing them a bit tedious.

The mechanic of the maze minigame (of which there are three similar iterations) involves turning your head to navigate a cursor across various platforms, without touching any of the edges. While it’s an interesting idea for virtual reality and a step in the right direction for VR arcade gaming as a whole, the game area is a bit too far from the player for stereoscopic 3D to be effective, which is a shame. Adding a real sense of depth would have lifted this mechanic from simply being a rehash of many cursor-based Flash games. The distance between the player and the game area also means subtle head movements can often cause them to lose, which can be frustrating.

The other minigame involves looking around at bomb icons and pausing to disarm them. Again, this is an interesting idea, but feels less fleshed out than the mazes. The bombs are also spread out at awkward points in virtual space, meaning the player will often have to crane their neck in order to look at them. It’s important with VR not to incur too much physical stress. This game may have worked more effectively on the Gear VR where users are untethered and free to look around more comfortably, but on DK2 the experience is an example of what not to do when developing for virtual reality.

It should be noted that this is not necessarily a direct criticism of the original Gear VR application. While some gameplay elements may have made missteps in their execution, what’s important here is that different headsets will always have different design requirements for software. Applications originally developed for an untethered VR experience (Google Cardboard, Gear VR, etc.) will not have the same freedom when ported to wired headsets. Wires and input devices will need to be taken into consideration when porting experiences between untethered and tethered devices.

All things considered, the developer was not entirely unsuccessful in his application – arcade VR is an important genre to think about, especially with rumblings of virtual reality arcade booths popping up in North America. From a perspective of health and safety, however, games like this will need to be more refined in the future, and adhere closely to Oculus’ best practices. Rules can be bent in certain situations, but for a seated, tethered experience, games like this can easily do more harm than good.

The Good
The Bad 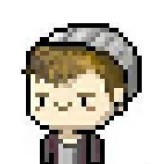