How VR Changed My Perspective On Video Games

Six months ago you couldn’t have convinced me that before the year was over I would be spending hours each day playing a computer game, entering an e-sports tournament and proselytizing about the beauty and benefits of virtual reality. After all, I had previously made it my goal in life to keep my children (especially my teenage sons) away from electronic devices.

They ruin your eyes.

They stunt your growth.

They kill your brain cells.

They require no socialization skills.

I told them stories of 30-year-old gamers living in their parents’ basements and reminded them that it’s easier to meet girls if you’re not sitting in front of a computer screen with a controller in your hand.

As a result of all my pre-conceived notions and prejudices, which I have since discovered to be unfounded, we’ve had very few computer games in our house over the years. In fact, we didn’t even own a game system until about a year ago, when my oldest son (age 18) bought it for his two brothers (ages 14 and 16) with his first paycheck upon graduation from Army basic training.

I wasn’t incredibly happy to have a game system in the house, but I was pleased that my son thought of his siblings. Meanwhile, he was stationed at Fort Bragg as a paratrooper with the 82nd Airborne, where he built a nice gaming computer and enjoyed it when he had the opportunity. A few months ago, he was deployed and we told him we’d watch his computer.

This is when things began to get interesting for this middle-aged, conservative Christian homeschool mom of five.

When we visited our son the day before he was deployed, one of the places he wanted to hang out was Best Buy. It happened that there was a brand ambassador for Oculus there offering demonstrations on the Rift. I don’t know if I was more impressed by the fact that the images in the headset seemed so real or the fact that my husband tried a game and promptly fell over into the demonstration booth, but if something could provide me that much amazement and laughter in a span of ten minutes, it’s worth an investment.

We left the store that day with everything we needed to set up our own Rift.

Initially, I tried a game called Robo Recall and discovered that I derived great pleasure from ripping apart the robots that incessantly tried to murder me. I’d shoot them, tear off their heads, pull off their arms or just bash them to death with a gun or a robot body part. Lest anyone think I’m a psychopath, I truly am a relatively gentle person in real life. I don’t even kill ants. But it is virtual reality, after all. What’s wrong with a little violence if you’re saving the world from a robot takeover?

After I finished all the levels of Robo Recall, I repeated the levels on All-Star mode. Then I went back through everything numerous times in pursuit of a place on the leaderboards. By this time, I think my husband might have begun to realize that he had created an addict and he begged me to try other VR games.

Finally he told me about a game called Echo Arena. He said it involved robots playing a game kind of like soccer with a disc in a zero gravity environment with other real people. That just sounded weird. When asked if I could shoot anyone, he said no, but I could punch them. I wanted to appease him and punching sounded appealing enough so I decided to give it a try.

In the past few months, Echo Arena has changed my opinion not only of gamers and the games they play, but more importantly, it has completely altered my outlook on the future of virtual reality and the significance to our world.

The developers at Ready at Dawn have accomplished something that I previously thought impossible. When you put on an Rift headset and enter the Echo Arena lobby, it doesn’t feel as if you’re playing a game. It feels like you are actually a part of the game. The movement model they’ve developed – along with the Oculus touch controllers that manage hand movements – makes it feel as if you are really IN the game rather than in your home or elsewhere playing a game.

It doesn’t take much imagination to recognize how this type of technology could be useful. It wasn’t too long ago when we didn’t have the printing press, anesthesia, electricity, automobiles, airplanes or the internet, but someone had faith in those things and they have changed the course of mankind. Visionary developers see the potential in the field of virtual reality and have already begun to develop software in every imaginable category – health care, education, counseling, flight training, scientific discovery, physical therapy, weight loss, job training, and more.

In a virtual world, you can learn foreign languages from native speakers and visit sites in their homeland. Students can more fully understand history by being immersed in historical events. Scientists can safely explore advanced theories about energy, nature, technology, etc.. Medical professionals can investigate new ways to treat patients and cure diseases. Business transactions can be conducted virtually from the home, creating less negative environmental impact and allowing people more time with family. When a member of the military is deployed, they can still feel physically present with their spouse and children in the virtual world.

The people at Oculus have given the average person the opportunity to take virtual vacations, learn firsthand about other cultures, watch animals in their natural habitats, make friends from around the world, take a trip to the moon and yes, even feel like they are saving the world from virtual robots. While computers have tried to give us some of these activities, previous platforms haven’t allowed the user to feel like they are literally physically present in the activity. The virtual world actually enables this. Things that have been impossible for the majority of people to experience are now simply within reach of a headset.

Once you see this amazing technology, you’ll realize why I think it’s not a huge leap of faith to believe that virtual reality is and will be the next giant step for mankind.

Sonya Haskins is a stay-at-home mom living in the foothills of the Appalachians. She now spends too much of her time enjoying virtual worlds as hasko7. This is a guest post not produced by the UploadVR staff. No compensation was exchanged for the creation of this content. 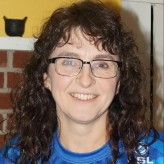