Electronic Arts announced it will acquire Titanfall maker Respawn Entertainment for $315 million in cash and stock, plus a possible bonus of $140 million. The deal could bring a new long-term franchise into the fold for the big third-party publisher of video games, giving EA an edge in the multibillion-dollar first-person shooter genre with properties such as Titanfall, Battlefront, and Battlefield.

The total purchase price could hit $455 million if Respawn hits its incentive targets, known as an earnout. The deal includes $151 million in cash, $164 million in restricted long-term stock grants for Respawn, and a variable earnout up to $140 million. That’s a lot of money, and it shows what is at stake as EA lines up franchises that could pay off for years to come. It also shows how high the stakes have become in the $108 billion game industry, as you would think that a company like Respawn would be able to exist as an independent game studio.

In an interview with GamesBeat, Vince Zampella, CEO and cofounder of Respawn, said, “We have worked together a long time from the inception of the studio. [An acquisition] has come up from time to time. The question was, where we are in the industry, how do we take the next step in making bigger, better games. We see the need for bigger resources to make bigger games.”

“We want to have the best games. We have a good relationship,” Soderlund said. “The creative freedom is still here: DICE, BioWare, our studios have creative freedom and creative integrity. That’s what gets those studios to make great games.”

The move will enable EA to more tightly coordinate with Respawn on the development and release of games. Last year, sales of Titanfall 2 reportedly suffered because it was released too close to the debut of Battlefield 1. That DICE shooter debuted on October 21, and EA published Respawn’s Titanfall 2 on October 28. 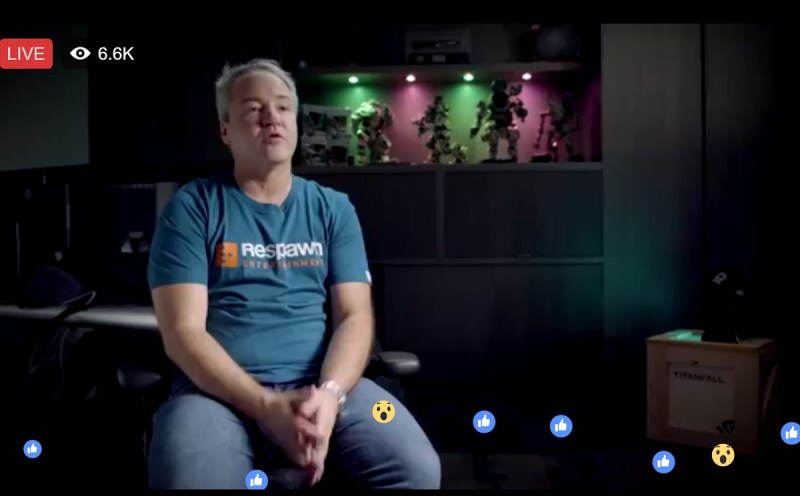 Above: Vince Zampella, CEO of Respawn Entertainment, talks about VR.

Respawn was founded by Vince Zampella and Jason West, two of the creators of the Call of Duty franchise. Activision fired them in 2010 after alleging that they were planning to defect to a new studio run by EA. That lawsuit was acrimonious, and it brought in EA into the litigation with Activision. But the companies settled in 2012, as did West and Zampella. West left the company, but Zampella remains the CEO. EA funded and published Respawn’s first game, Titanfall, which debuted in 2014. The game was a multiplayer-only shooter than won 75 top awards for innovations such as running on walls and battles between foot soldiers and giant mechs.

Titanfall 2 was also innovative, adding a time-travel mechanic that enabled players to solve complex puzzles, and the game also had a single-player campaign. Zampella also funded a company that made a mobile game, Titanfall Assault, which Particle City developed and Nexon published in August. More recently, Zampella announced that Respawn was making a virtual reality game for the Oculus Rift VR headset. That game is set for 2019.

Meanwhile, EA and Respawn said today that Respawn is making a new title in the Titanfall franchise, a game set in the Star Wars universe, and a VR gaming experience without a title. Zampella said the Star Wars game is “coming along fantastic.”

The Respawn Star Wars game is significant in part because EA just shut down the 70-person Visceral Studios in Redwood City, California, and reassigned its work to a studio in Vancouver, Canada. Amy Hennig, co-creator of the Uncharted series, joined EA to work on that game, but that project is under new leadership. Asked if that was a concern, Zampella said no. And Soderlund said the closure of Visceral and the purchase of Respawn are not related.

“That was a creative decision,” Soderlund said, referring to it was related to the creative process in making a game.

But Zampella said the reminder is that Respawn has to be successful in its games and think of more ways to be even more successful. He said fans shouldn’t worry that the acquisition will change anything.

“For fans, my message is we are still Respawn and we are going to make things better,” Zampella said. “It doesn’t change the future of Titanfall. Only positives come from it, like more resources.”

Respawn is building a non-Titanfall, non-Star Wars game for the Oculus Rift VR headset, and both Zampella and Soderlund said there is no change in that deal.

Asked if Respawn was dragging EA into VR, Soderlund said he did not feel that was the case.

“We are big believers in the medium and the immersion and what VR can do,” Soderlund said. 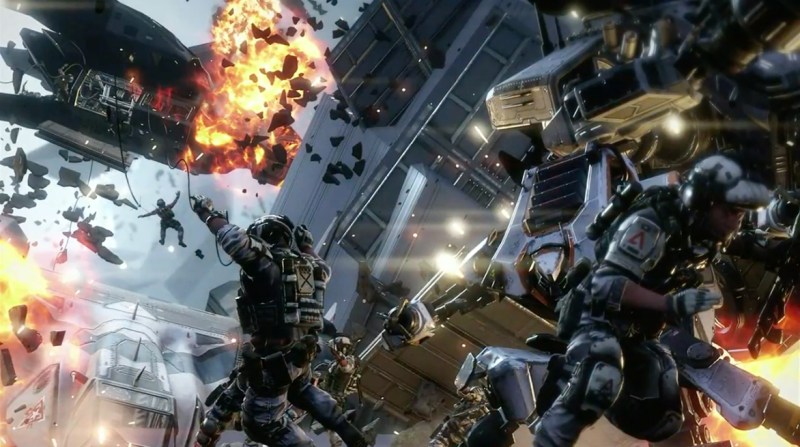 “We’ve seen firsthand the world-class caliber of Respawn as a development studio with incredible vision, deep talent and an inspiring creative mindset,” said Andrew Wilson, CEO of Electronic Arts, in a statement. “Our longtime partnership is grounded in a shared desire to push the boundaries and deliver extraordinary and innovative new experiences for players around the world. Together, we’ve brought this to life in the Titanfall franchise, and now with the Respawn team joining EA, we have exciting plans to accomplish even more amazing things in the future.”

The deal is expected to close by the end of the year.

Respawn’s earnout covers the development and performance of titles that will be developed through the end of 2022. Respawn has 205 employees in Chatsworth, California, and the company will continue to hire for open positions.

Asked if it was important for EA to lead in first-person shooters, Soderlund said, “I want to lead in all genres. This is to get closer to a partner that we have known for a long time. A partner that can be even better, and we can learn from Respawn.”