The show floor of a video game convention is really not the best place to try out an immersive, elaborate VR game, and yet that’s precisely the only way we’ve been able to get our hands on The Elder Scrolls V: Skyrim VR and Fallout 4 VR so far.

Bethesda will release both games (plus DOOM VFR) this year between late November and early December, and there’s plenty of hype around the two vast role-playing conversions. At QuakeCon this weekend long lines formed as hopeful fans waited for a quick early taste of these beloved franchises in a new VR form… a really quick taste. I spent less than 20 minutes total between Skyrim VR and Fallout 4 VR due to the abbreviated demos.

UploadVR editors have already been hands-on with both conversions (linked above), but QuakeCon offered another opportunity to try out these hugely anticipated VR games now that their release dates have been pinned down. And it was my own first opportunity to take in both VR experiences, so here are my brief impressions from the short demos.

On PC and consoles Skyrim is an absolutely essential play for role-playing fans thanks to its rich, lived-in setting. Unfortunately, I’ve barely explored any of it personally (sorry!) And despite the hype surrounding its release, the VR version didn’t make the greatest impression at QuakeCon, and I can’t help but think it has a lot to do with the platform of choice: PlayStation VR.

Rather, it might be the platform and controllers of choice, since only PlayStation Move wands were available at the demo. The full game will support the DualShock 4 controller as well, and based on the moments I spent awkwardly stumbling around Skyrim, I have to believe a gamepad will be the far better option of the two.

Navigating with the Move controllers was painful at times. You can use the main button on the left Move controller to teleport around, but you’re also forced to use the lower buttons to rotate your body in either direction. That’s not so bad when you’re out in an open environment, but trying to navigate down a spiral staircase was hilariously terrible, and finding my way through a zigzagging, maze-like dungeon felt laborious.

No doubt: it hampered the experience to enough of a degree that I couldn’t imagine pouring potentially dozens of hours into the game. And ultimately, the demo wasn’t all that exciting. The puzzles were pre-solved and looting was disabled to encourage a smooth, speedy demo experience (all of that stuff will be in the full game, of course), but it just felt like a wonky stroll with a little bit of sword slashing and fire-blasting along the way.

It was the same Bleak Falls Barrow area that David explored back at E3, and I get his enthusiasm for Skyrim in VR: if you love this game, why wouldn’t you want to explore it again in VR? But without that built-in adoration, Skyrim VR left me feeling as cold as a Dovahkiin spending too long fumbling with the controls on the snowy slope outside Bleak Falls Barrow. Hopefully it feels better once the full game is playable and I can use a DualShock 4 instead.

From there, I shed the PlayStation VR headset and Move wands and changed into something a lot more viable for open-world exploration: the HTC Vive and its own motion controllers. Fallout 4 is not a far cry from Skyrim in terms of game design, swapping the traditional fantasy theme for a post-apocalyptic wasteland while keeping the immersion and overall approach.

But the feelings of comfort and control were like night and day between the demos. While Fallout 4 VR’s motion controls will take a while to get used to—and a handful of minutes was hardly enough to feel fluent and in command—navigation instantly felt improved with the Vive controllers. The trackpad of the left controller is used for movement, and since you can freely turn your body around and still be tracked (unlike on PlayStation VR), there’s no need for manually rotating your hero. You can still teleport to speed things up, but unlike Skyrim on PSVR, it’s not required to get around.

With less of a feeling that I was fighting the controls I had more of an opportunity to appreciate how Fallout 4 actually feels in VR, and what the headset brings to the equation. It’s incredibly cool to raise your left arm to look at your Pip-Boy wrist computer, for example, and the V.A.T.S. system works like bullet time in VR: you can slow down the action, line up your shot on an enemy, and fire to watch blood spatter all around you. It doesn’t speed up automatically once your aim is placed, so you can just keep pumping out slo-mo rounds as you please. It’s a delight.

And as Pete Hines, Bethesda’s VP of marketing and PR, said in our interview, you can look down at Dogmeat—your faithful canine companion—and he feels more real. He’s your virtual pup, right there alongside you on this wild VR adventure. Like Tal’s E3 demo (linked at the start of this article,) this one began at the Red Rocket gas station early in the game, but mine was cut off right after I took down the Deathclaw with the Power Armor equipped.

Still, while there was some fumbling to get a grip with all of the different commands at play, it immediately felt more comfortable than Skyrim, and I was better able to appreciate the world within the span of such a short demo. And it made me realize that Skyrim will probably play just fine on the HTC Vive, whenever Bethesda decides to pull the trigger on that version.

However, I doubt Fallout 4 VR is going to fare any better with the PlayStation Move controllers should it make the leap over to PS4. Hopefully the DualShock 4 controls prove a worthwhile alternative for Skyrim, and thus likely also a similar fit for Fallout 4 VR—should that make its way to console in the hopefully not-too-distant future.

Disclosure: Bethesda provided flights and accommodations to the author to attend QuakeCon. 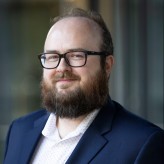