Mozilla has announced the first major update for Firefox Reality, its open source cross-platform browser for AR and VR headsets, ushering in support for 7 new languages in addition to a handful of other new features.

By way of a brief recap, Mozilla first unveiled Firefox Reality in April, pitching it as an easier way for manufacturers not only to integrate a browser into their headsets, but adapt it to suit their needs. At launch Firefox Reality supported the HTC Vive Focus and HTC Vive Wave platforms, but was later offered as a download for HTC Viveport, Oculus Go, and Daydream.

Thus far, Firefox Reality has supported English only, but with version 1.1 of the browser it will also cater to French, Italian, German, Spanish, Chinese (simplified and traditional), Japanese, and Korean.

Thus far, Firefox Reality has supported English only, but with version 1.1 of the browser it will also cater to French, Italian, German, Spanish, Chinese (simplified and traditional), Japanese, and Korean. 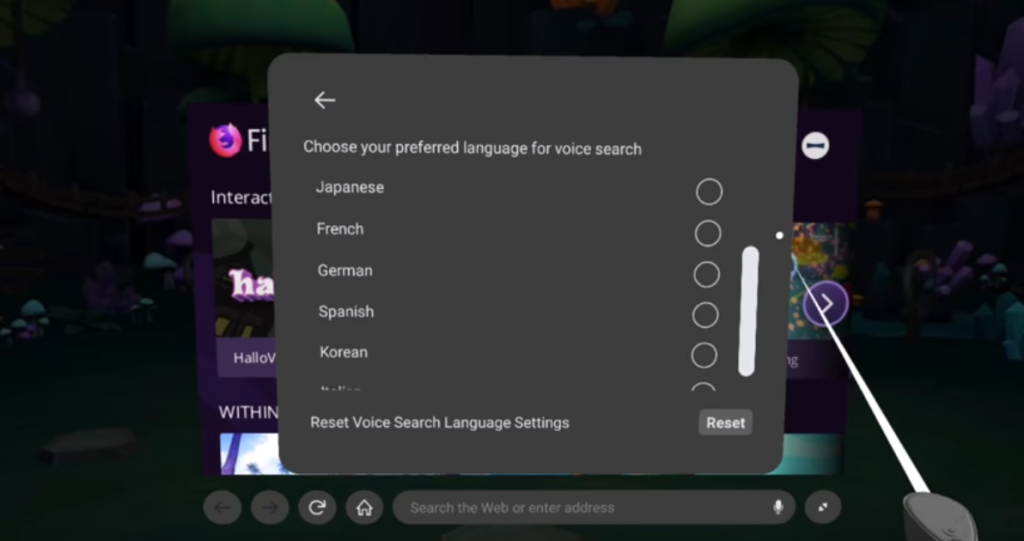 Above: Firefox Reality: Choose your language

Additionally, Firefox Reality will now support voice search in these seven languages too, while it also sports an upgraded theater viewing mode that works with 360-degree videos. While most of the main headset manufacturers already offer their own browsers, Firefox Reality may be appealing to some users for cross-platform syncing, meaning they can access the same bookmarks and browsing history inside their Oculus Go as they do on their phone or laptop. For now, the bookmarking functionality inside Firefox Reality is limited to saving and viewing locally; however, Mozilla said that cross-device syncing will be arriving soon. 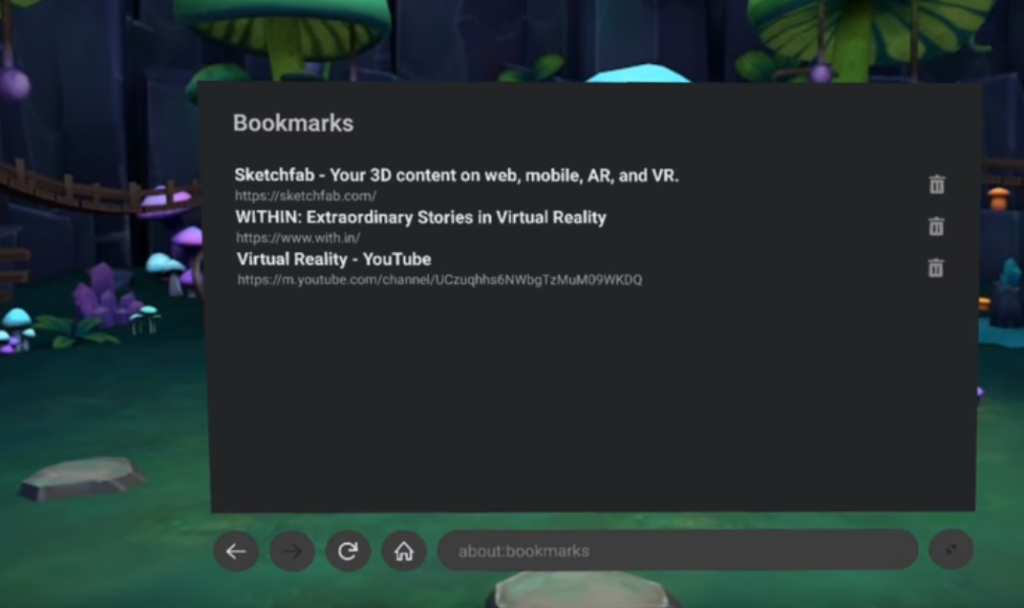 The global AR and VR markets are estimated to be a $18 billion industry this year, according to IDC — around double the figure of 2017 — and this could rise to as much as $100 billion by 2023.

And that is the environment that Mozilla is trying to adapt Firefox to. The platforms of the future are leaning heavily toward VR, AR, and mixed reality, with “voice” playing a pivotal part of the interface interactions.

In the future, Mozilla said that it’s looking into supporting content-sharing across browsers, multiple windows and tabs, and other features that you’ll no doubt be familiar with from Firefox on other platforms.

Firefox Reality 1.1 is rolling out for Viveport, Oculus, and Daydream headsets.