Game Insight Offers Something New For Guns of Boom Fans: Watching In AR

Game Insight has had more than 10 million downloads for Guns of Boom, and now it has figured out a novel way to increase the numbers of people watching multiplayer matches of this mobile first-person shooter.

Using Apple’s ARKit, Game Insight created an augmented reality demo that enables someone to view a 3D scene of the action from an overhead perspective. The screen of an iPad or iPhone becomes a window into viewing the action from any perspective. You can move the iPad around to view the 3D scene from different angles. This is the sort of cool AR livestreaming that could increase player engagement, said Game Insight CEO Anatoly Ropotov in an interview with GamesBeat.

“It redefines how you enjoy viewing the game,” Ropotov said. “Our vision is to make the experience of esports on mobile as seamless as playing Guns of Boom itself.”

This mobile shooter is available on the iOS App Store and Google Play, and it has lots of five-star reviews on both. It reminds me of Valve’s team shooter Team Fortress 2, only on mobile.

The Vilnius, Lithuania-based Game Insight said it will launched the ARKit demo as an app for spectators on iOS in the fall. It requires iOS 11 in order to work, Ropotov said, and Apple is expected to come out with that update this fall.

Ropotov said that his team was able to use ARKit, since it was available with the Unity 3D game engine. It will be available as a free download when it comes out. Ropotov said the company will also launch new maps for the game soon. 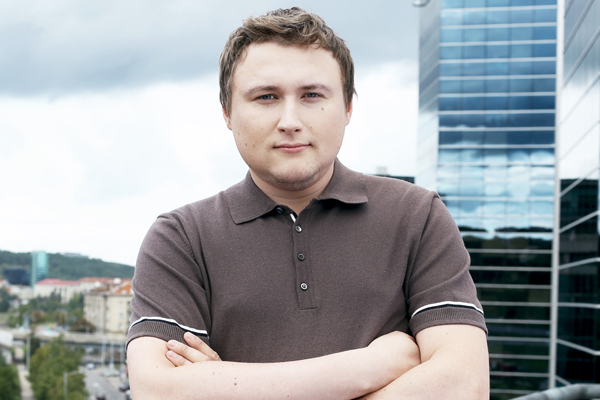 Ropotov said that spectating and sharing have helped the company spread the word about Guns of Boom without forcing it to spend a lot of money advertising. It already has more than 100,000 videos on YouTube, which influencers and fans have posted. One of the things that is fun about it is the Control Points game mode, which enables esports-style, clan-based competition.

“The videos have been a significant driver of new players for us,” Ropotov said.

The AR app makes spectating more fun. You can watch in first person or in third person, viewing the action from above in “god mode.” Then you can see all of the players on the battlefield at the same time. Someone could also stream the AR scene and give commentary over an instant replay of a match. So it could be good for mobile streaming broadcasters as well.

“We built it as a mobile-first experience, rethinking how games are played on mobile,” Ropotov said.

Founded in 2009, Game Insight is one of Eastern Europe’s biggest mobile game companies. It has more than 300 million players for its games to date. The company has raised $25 million and it has 300 employees. About 50 worked on Guns of Boom.