If you look at the evolution of capturing the world around us, it started with painting, then photography, then film and video. We’ve kept working to get closer and closer to what the world actually looks like. But the world is three-dimensional, and so 3D capture is the next big frontier in reflecting our surroundings.

Until recently, 3D scanning has been limited to professionals willing to buy expensive hardware and software, and work through intricate workflows. But 3D capture has become easier and faster year after year, and is about to reach mass market as Google makes real-time 3D capture accessible to everyone by bringing advanced 3D cameras to the next generation of mobile devices.

Google Tango is an Augmented Reality (AR) computing platform that enable smartphones and tablets to detect their position relative to the world around them by using 3D cameras and odometry. It literally brings human-like vision to your mobile devices, which can be used for a wide variety of applications such as AR, mixed reality, indoor navigation, physical space measurement, and 3D scanning.

The Phab2Pro by Lenovo was the first tango-powered device to hit the market last year and Asus launched ZenForce AR at CES this year. In just a few months since the release of the Phab2Pro, several developers have started building 3D scanning apps with this technology and we wanted to share their early results with you. There are 7 capture apps available, and 4 of them already offer a native “export to Sketchfab” option so you can easily share your captures with the world, embed them anywhere on the web, and review them in VR.

We believe 3D capture is going to be a major driver for VR adoption. The general public will want VR when they are able to make VR content themselves, content that matters to them. Tango is a huge step in that direction.

Here is an overview of the capture apps already available on the Google Play store with examples of their output:

A Cave Entrance by matlabbe on Sketchfab

Team lunch by alban on Sketchfab

We’ll continue to look closely at Tango apps and similar platforms, and will not miss to share our journey on the blog. And remember, you can check more Tango captures by following the Tango tag on Sketchfab.

Alban Denoyel is the CEO & co-founder of Sketchfab, a platform to publish, share and discover 3D content online and in VR. More here. 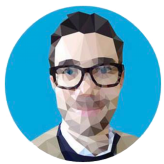