Cubicle Ninjas developed Guided Meditation VR with one objective in mind: let players relax and meditate no matter where they are.

Guided Meditation VR, a relaxation tool available now for Samsung Gear VR, HTC Vive, and coming soon to Oculus Rift, removes the user from reality and plants them in one of several different locales, such as a beach called Costa Del Sol, a mountain range known as Snow Peak, a dense forest called Autumnshade, or even a Japanese Zen garden named Hanna Valley. Each one has some hidden surprises as the user looks around, and all of them are accompanied by soothing music, a soft voice acting as the guide, and an overwhelming sense of serenity.

As a huge proponent of ASMR, relaxation, and guided meditation videos on YouTube, I knew this experience would be right up my alley, so I was eager to try this VR relaxation technique. Both the Gear VR and HTC Vive versions of Guided Meditation VR mellowed me out in beautiful ways.

In my time with the Gear VR version I sat in Hanna Valley just outside of the main gate, in the middle of a group of trees that were flanked by a friendly panda bear sitting on a rock. Ambient synth music slowly swelled in the background as a soothing female voice told me how relaxed I should feel and how the world can be a crazy place but we should always take time to relax. I felt refreshed and relaxed, the perfect way to end a typically busy day. However, the Vive version is where the magic lies that got me truly excited for the future of Guided Meditation VR.

The Gear VR version is great, don’t get me wrong, but due to its lack of processing power I can easily tell I’m in a virtual world. Far-away vistas are pixelated, the panda bear friend to my left was completely stationary despite sitting on a small rock, and the grass at my feet moved with the wind but in the same repeated pattern over and over again. All of these nit-picky but immersion-breaking issues can be fixed with more horsepower under the hood, and that’s exactly what the Vive version displays.

The differences between the two are out of this world. I see ocean waves beating on the beach of Costa Del Sol. I watch the trees of Autumnshade bend to a gentle breeze. The visuals alone make it a much more immersive experience, let alone the inclusion of positional tracking so that I can freely lean and move inside the world itself.

Seeing what Guided Meditation VR can do one more powerful VR hardware makes me think the sky’s the limit for VR meditation and relaxation techniques. Where YouTube videos can only paint a picture through sound and flat visuals, these VR meditation sessions could actually transport the user from the stressful life he or she lives into a world of complete serenity for ten minutes at a time. When the audio component is ready the experience will be even more immersive,  especially if it uses enhanced audio effects like 3D microphones or surround sound nature effects.

Personal use isn’t even what has me so intrigued about this either; imagine once the medical field gets their hands on this technology in a more robust way. The holistic benefits are obvious, as guided meditation is rooted in new age medical techniques as it is, but surely stress therapists could strap a patient in and measure their heart rates before and afterwards — something the Gear VR version already does. Guided Meditation VR could be more than just a way for a stressed out tech-savvy person to come back down to Earth after a long day; this could be a brand new way to help people who suffer from chronic stress-related disorders.

Cubicle Ninjas might have just set out to relax the world with Guided Meditation VR, but their passion project could become a revolution if handled correctly. I wish I could strap on the Vive right now, all of this prognosticating has my heart racing. 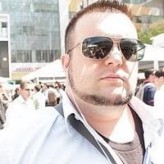