Here’s What We Know About ZeniMax v. Oculus VR

Over the past two weeks, ZeniMax Media and Oculus have been duking it out in the Earle Cabell Federal Building and Courthouse in Dallas, TX, and we’ve been observing and taking notes.

ZeniMax alleges the Oculus Rift headset was built using their technology, and that it was allegedly stolen by John Carmack when he left subsidiary id Software in 2013. Oculus, on the other hand, believes ZeniMax’s litigation is “wasteful” and an “attempt to take credit for technology that it did not have the vision, expertise, or patience to build.”

Because ZeniMax Media v. Oculus is a jury-based trial, both companies are attempting to win the jury over with analogies involving chili recipes and bicycle modifications to explain complex technology. During the week, both sides tried to poke holes in the other’s explanations, and that’s when things got heated and messy. Here’s what we’ve gathered from inside and outside the courtroom.

John Carmack first took the stand on Tuesday, Jan. 10 and didn’t leave until Thursday, Jan. 12. Sporting a beige suit and growing puce in the face when speaking, Carmack looked like he’d rather be back in his office, or in VR, than explain to ZeniMax attorney Tony Sammi that he is “not a Mac user unless under duress.” ZeniMax described Carmack as a “a singularly experienced and highly proficient” programmer, and claimed “there would not have been a viable Rift product” without the help of  ZeniMax employees.

Sammi’s questions focused on the allegations that Carmack used ZeniMax-owned computers to work on the Oculus Rift, took thousands of files and emails via USB drive upon leaving the company in 2013, played a role in soliciting five employees from id Software, and used “VR testbed” code to benefit the Oculus Rift. Carmack said he found a MacBook in his closet which contained code from id’s RAGE, and copied files and emails owned by ZeniMax.

According to Gizmodo, Carmack said, “I copied files that I shouldn’t have. I think stealing is an uncharitable way to look at it since I didn’t benefit and ZeniMax didn’t lose, but I shouldn’t have done it, and I did.” Beth Wilkinson, Oculus’ lawyer, also said Carmack shouldn’t have copied the files, and that he turned everything in within a year of the litigation being filed.

Nevertheless, Carmack eventually took his own shots at ZeniMax, claiming the media company never paid him his severance package. He also said he “was not involved in the solicitation [of five ZeniMax employees] at all,” and believes “Oculus did not benefit at all from the documents [he] copied onto the USB drive.” When ZeniMax promised to bring in expert analysis to supposedly trace code to Oculus’ benefit, Carmack simply replied, “Yes, I’m looking forward to seeing that analysis.”

On May 1, 2014, Carmack tweeted “No work I have ever done has been patented. Zenimax owns the code that I wrote, but they don’t own VR.”

Mark Zuckerberg, CEO of Facebook, and Oculus founders Palmer Luckey and Brendan Iribe took the stand in-person from Jan. 17 to 18. And they revealed some startling new numbers.

Early into his questioning, Zuckerberg said the total cost of the Oculus acquisition was closer to $3 billion, not the $2.3 billion previously reported. Mike Isaac of the New York Times live-tweeted his breakdown of the numbers before the court shut down all live-tweeting of the case. “[We] bought the company for about 2b, had additional 700mm in retention for key folks, 300 mm earnout for milestones.”

Throughout the rest of his testimony, however, Zuckerberg said he hadn’t been keeping up with the other defendants’ testimonies, and says he trusts his legal team.

“They’re not gonna take up a lot of my time on something they don’t think is credible,” he said.

If anything, Zuckerberg tried reinforcing the idea that “Oculus products are built using Oculus technology.”

Luckey and Iribe discussed talks between Oculus and ZeniMax Media in more detail. They wanted Carmack to work as a technical advisor at Oculus in exchange for a 2 percent ownership stake. ZeniMax, however, was said to have countered with 15 percent, which Iribe thought felt like “a slap in the face.”

Luckey would frequently say “just to be clear” when he felt the evidence shown on the projector failed to convey proper context. Sammi brought up one email in which co-founder Nate Mitchell wanted everyone to stop discussing legal matters via email because it is “permanent,” leading Sammi to ask Iribe: “What’s the problem of being permanent?”

So, Where Are We At Now?

Currently, the trial is focused on source code and whether or not Oculus used it.

Shortly after Iribe left, Sammi called Professor David Dobkin of Princeton to the stand. He said he analyzed the VR “testbed” code and, at the end of his session, Dobkin said he is “absolutely certain Oculus copied from ZeniMax code.”

Next, the plaintiffs called Professor Michael Gleicher of University of Wisconsin-Madison to the stand, but the day ended not long after he described his experience in VR. His testimony concluded today and Robert A Altman, ZeniMax chairman and CEO, is answering questions much of Friday. Those answers, and how Oculus’ lawyers will respond, will be covered in a future update.

We’re reaching out to Oculus and ZeniMax representatives to confirm who else we can expect on the stand during what is expected to be the final week of the trial. 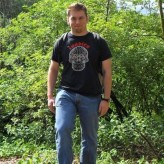