Hour One Wants Synthetic AI Characters To Be Your Digital Avatars

If you ever wondered how we’ll populate the metaverse, look no further than Hour One, an Israeli startup that is making replicas of people with AI avatars. These avatars can be a near-perfect visual likeness of you and speak with words fed to them by marketers who want to sell you something. An avatar can speak on your behalf in a digital broadcast when you’re at home watching TV.

Such creations feel like a necessary prerequisite of the metaverse, the universe of virtual worlds that are all interconnected, like in novels such as Snow Crash and Ready Player One. And the trick: You’ll never know if you’re talking to a real person or one of Hour One’s synthetic people.

“There is definitely interest in the metaverse and we are doing experiments in the gaming space and with photorealism,” Hour One business strategy lead Natalie Monbiot said in an interview with VentureBeat. “The thing that has fired up the team is this vision of a world which is increasingly virtual and a belief that we will live increasingly virtually.”

She added, “We already have different versions of ourselves that appear in social media and different social channels. We represent ourselves already in this kind of digital realm. And we believe that our virtual selves will become even more independent. And we can put them to work for us. We can benefit from this as a human race. And you know, that old saying we can’t be in two places at once? Well, we believe that that will no longer be true.”

The race for virtual beings

Hour One is one more example of the fledgling market for virtual beings. Startups focused on virtual beings have raised more than $320 million to date, according to Edward Saatchi of Fable Studios, speaking at July’s Virtual Beings Summit.

But we’re a little ahead of ourselves. Metaverse plays are becoming increasingly common as we all realize that there has to be something better than Zoom calls to engage in a digital way. So the Tel Aviv, Israel-based company said it raised $5 million in seed funding this week from Galaxy Interactive via its Galaxy EOS VC Fund, as well as Remagine Ventures, Kindred Ventures, and Amaranthine. It will use that money to scale its AI-driven cloud platform and create thousands of new digital characters.

You’ve heard of stock photos. Hour One is talking about something similar to stock humans. They can be used to speak any kind of script in a marketing video or give a highly customized message to someone. The goal is to create characters who cross the “uncanny valley.”

“I think that we’ve crossed the uncanny valley because we have our likeness test, and our videos are actually live and in market and generating results for customers,” Monbiot said. “I think that’s something that’s really distinctive about us, even though we’re such a young company, we’ve had very positive commercial traction already.” 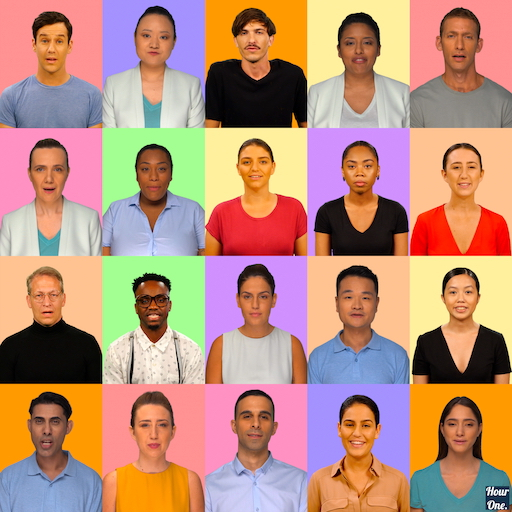 Above: Who’s real and who’s not?

The race for the metaverse

The competition in this space will be tough. GamesBeat will be having our own conference, tentatively scheduled for January 26 to January 27, 2020, on topics including the metaverse, and we expect it to be full of interesting companies.

A Samsung spinoff, Neo, caught a lot of attention for creating human AI avatars at CES 2020 in January, and then it promptly caught a lot of bad press for avatars that didn’t look as real as expected. But Hour One also started coming out of stealth at the same time with a plan to expand business-to-business human communication. The company showcased its “real or synthetic” likeness test at CES 2020, challenging people to distinguish between real and synthetic characters generated by its AI.

Hour One is using deep learning and generative adversarial neural networks to make its video characters. The company says it can do this in a highly scalable and cost-effective way. They’re supposed to look good, and the image on top of this story looks realistic.

But the cost of missing the mark is high. Hour One will have to beat Neo in the race across the uncanny valley. And Genies is coming from another direction, with cartoon-based avatars that represent digital versions of celebrities. 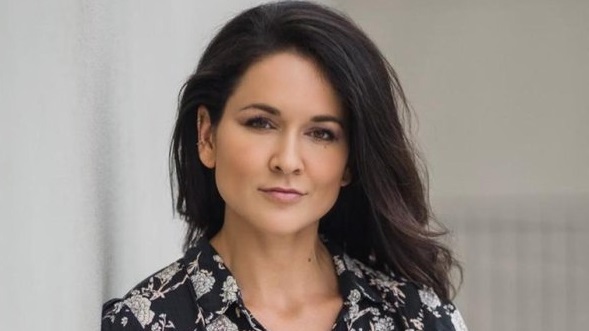 Hour One is working with companies in the ecommerce, education, automotive, communication, and enterprise sectors, with expanded industry applications expected throughout 2020. The company has about 100 avatars today.

The pitch is that the lower cost per character use means that companies will be able to engage more with their customers on every level, from digital receptionists to friendly salespeople.

“These customers can create thousands of videos simply by submitting text to these characters,” Monbiot said. “It appears as though real people are actually saying those words, but we’re using AI to make it happen. We’re improving communication. We’re obviously living in an ever-more virtual existence. And we’re enabling businesses of all kinds to engage in a more human way.”

And if your avatar is speaking on behalf of you somewhere and it’s generating value, you’ll get paid for it, Monbiot said — even if you’re not there. “We have a very bright view of the future. If your avatar speaks, you can get paid for that,” Monbiot said. “So we’re at the beginning of a new future. And for us, that’s a future in which everybody will have a synthetic character. We will have virtual versions of ourselves.”

Sam Englebardt, managing director of Galaxy Interactive (and a speaker on the subject of the metaverse at our GamesBeat Summit event), calls the approach an ethical one. “Hour One is a business-to-business provider of the best synthetic video tech I’ve seen to date,” Englebardt said in an email to GamesBeat.

Oren Aharon and Lior Hakim created Hour One in 2019 with a mission of driving the economy of the digital workforce powered by synthetic characters of real-life people. They can use blockchain technology to verify the identity of a digital character and who owns it. If they’re altered or used for “deep fakes,” Hour One will be able to mark them as altered and notify people what has happened. The team has eight people.