If you’re reading this right now then there’s a good chance you’re familiar with Sword Art Online or .hack//sign — or at the very least Ready Player One — and have some concept of what people mean when they dream about the idyllic future of a world with well-made VR MMO games. The idea of being able to login as your character, embody that character, and exist in a digital world with full presence while going on adventures with others in a persistent, online world feels like what the founders of modern VR must have been daydreaming about while hacking away at headset prototypes in garages.

We’re already pretty close, admittedly. Orbus VR: Reborn technically is already a VR MMO. On paper it’s got a lot of the features people are waiting for with its class-based progression, motion controller combat, and moderately interactive world. But you’d be forgiven for not really getting hooked due to the rather unimpressive visual style and overall lack of deep, engaging content.

That’s where Ilysia wants to come in. On the Kickstarter page it’s described as having a “massive world inspired by the some of the best MMORPGs ever made” with the intent of bringing back “the glory days of MMORPGs again in VR.” That’s about as ambitious as it gets. After talking to the development team on a Discord call last week, I’m pretty confident they’ve got a real chance at making this a reality.

For starters, the Kickstarter page is very detailed and the stretch goals aren’t overly ambitious. Most of them are for expansions on existing features or things that were likely planned already to begin with. You can see the full list of the ones they’ve achieved already down below.

Ilysia is currently sitting at just about $100,000 at the time of this writing with about 6 days left to go on its Kickstarter. The original goal was only $60,000 so they’ve nearly doubled it. Stretch goals that have already been met include:

What stands out to me about Ilysia is that the developers are very explicit about the type of content that will be included and it’s clear that they have grasp on what MMO players actually like to do. Making something that’s fun for the first 25 minutes isn’t that difficult, but making a game that thousands of players want to revisit and continue playing for 25, 50, and even 100s of hours is the tough part. EverQuest, World of Warcraft, Guild Wars, Final Fantasy XIV, The Elder Scrolls Online — these are all games that have reached that sort of status. The long list of MMOs that are forgotten, abandoned, failed, or dead is much, much longer.

On the page they list things like fighting monsters, completing quests, exploring dungeons, beating world bosses, and so on which sounds great. Apparently the world itself is enormous — roughly 16km x 18km which adds up to about 288 square km, or nearly eight times the size of The Elder Scrolls V: Skyrim’s map. Wow. Hopefully they can fill it with actually interesting things to do.

One of the big tenants for Ilysia that the developers emphasized to me on our Discord call is a focus on exploration. And not just in the sense that you can go wherever, whenever (which you totally can by the way, basically everything can be climbed or manipulated like in Breath of the Wild) but also in the sense that you’ll want to go off the beaten path and explore. It’s a game about curiosities and discoveries. 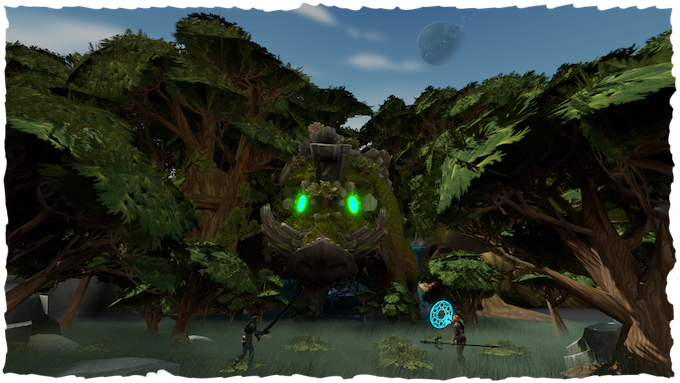 Ilysia: The Future Of VR MMOs?

There are other VR MMO on the horizon too, of course, so Ilysia isn’t alone in the slightest. Zenith is a notable example, which raised over $280,000, but it’s being designed for both VR and non-VR players which inherently limits how ambitious its VR designs can be. Archgate has promise, but it’s a top-down perspective game from the third person which will immediately be off-putting to anyone yearning for a Sword Art Online-style experience.

Nostos was in the same boat and that one was never actually a real MMO — more of an online survival game with co-op features. Sword Reverie looks like it shares more in common with Nostos than an actual MMO.

At the end of the day consumer-grade VR headsets like the Rift, Vive, and PSVR are 4+ years old and we’re nearing the dawn of the Quest 2, Reverb G2, and more — all without a de factor VR MMO to sink our teeth into. If you’re after the social angle specifically, then VR Chat has you covered. But if you dream of an immersive VR MMO the likes of which anime creators have been fantasizing about for decades, you’ll just have to keep waiting.

If Team 21 can pull this off and actually make a VR MMO worth playing for months and years on end, then Ilysia will go down as my new personal addiction and as a landmark VR game we’ll be referencing for decades to come. That’s a big “if” though. 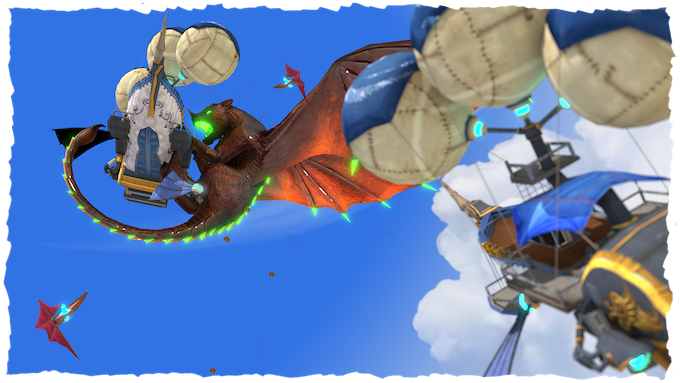 Ilysia is targeting what looks like a late 2021 full release timeframe for PC VR and Oculus Quest — cross-play between PC and Quest is already functional. They’re planning to release on PSVR as well. No exact timing is available yet, but it looks like Alpha and Beta testing is scheduled for throughout 2021 and early supporters on the game’s Discord server (invite link here) are already able to get in on a Pre-Alpha version of the game.

Let us know what you think of Ilysia down in the comments below!

[Disclosure]: After conducting this interview and writing this article, the author of this story, David Jagneaux, pledged to the Ilysia Kickstarter at the $50 ‘Alpha Squire (Early Access – A1) tier. This has not affected his coverage of the game.

David is a Senior Editor at UploadVR and has been with the site since early 2016. He established the site's game review criteria and helped spearhead its evolution into the leading source of VR news. He is also a published author and gaming journalist for various other publications such as IGN, Forbes, Variety, PC Gamer, and many others. You can follow him on Twitter: @David_Jagneaux or contact via email (david@uploadvr.com)