Intel Partners With Blueprint Reality To Show Off VR Content

Blueprint Reality launched a tool dubbed MixCast VR in February that both game developers and consumers can use to create their own mixed reality videos from within VR. Those videos can show someone else what the person using VR is doing inside a VR world. And today, Intel partnered with Blueprint Reality to make MixCast better.

The Vancouver-based company built the technology to enable people to see what was going on inside its first title, the Awaken VR puzzle game, on the HTC Vive VR headset. Then Blueprint Reality released the tool that it used to help its developers build that game.

Kim Pallister, director of Intel VR Center of Excellence, said in an interview with GamesBeat that the Blueprint Reality solution is a good answer to the problem of how hard it is to show what a user is seeing in VR. When he was going around trying to show VR to Intel executives, he had to do the demos one at a time. It took a long time to get more people excited about VR because of that problem. The same is true for the larger market, Pallister said.

MixCast VR lets you view someone else’s VR experience on a 2D screen. The technology creates a single video output for broadcasting or recording by blending a live video feed of a user in the real world with their “virtual world” surroundings and environment. MixCast VR works with a broad range of camera or webcam equipment and provides a consistent experience across supporting products. It works with off-the-shelf webcams as well as high-end cameras. 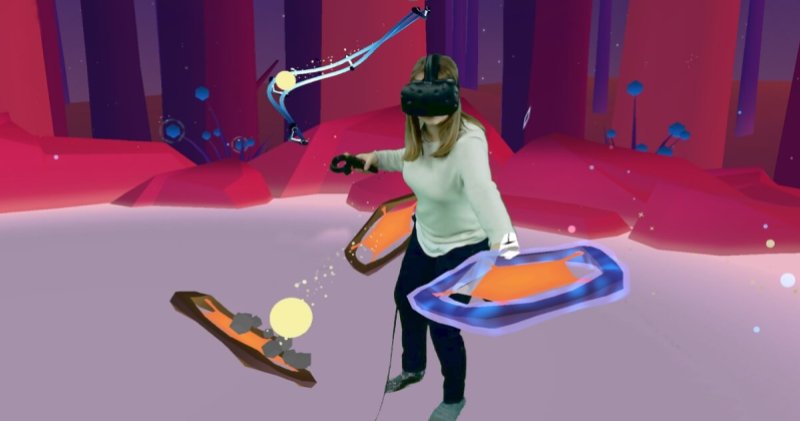 Above: MixCast VR lets you create from within VR.

MixCast VR works with untracked, fixed cameras and with tracked cameras that allow for dynamic movement of the camera, generating more professional results. MixCast VR also includes intuitive chroma keying calibration to key out background colors (green screen or any other color), with good color isolation to accommodate a variety of set configurations.

Blueprint Reality was founded in September 2016. Before that, the staff was part of Roadhouse Interactive, a mobile game company that went out of business.

Pallister said that the solution is ideal for livestreaming and videos of VR content on platforms such as Twitch and YouTube Live. Pallister said that Intel’s own software can help accelerate the performance of MixCast, enabling near-instantaneous renderings of content.

The MixCast Studio application is available today as a monthly subscription on Steam.