Light Field Lab has announced it has raised $28 million in funding for its technology to build large holographic displays out of small building blocks.

San Jose, California-based Light Field Lab will use the money to scale its display technology from prototype to product. The aim is to create holographic objects that appear to be three dimensional and float in space without head-mounted gear such as augmented reality or virtual reality goggles.

Jon Karafin, CEO of Light Field Lab, told me in an interview in November that he wants to bring real-world holographic experiences to life with up to hundreds of gigapixels of resolution, including modular video walls for live event and large-scale installations.

“The ultimate goal is to enable the things that we all think of in science fiction as the hologram,” Karafin said. “There’s a lot of things out there, but you know, they say that flying cars and holograms are the two things that science fiction hasn’t yet quite delivered. And we’re going to at least get that started.” 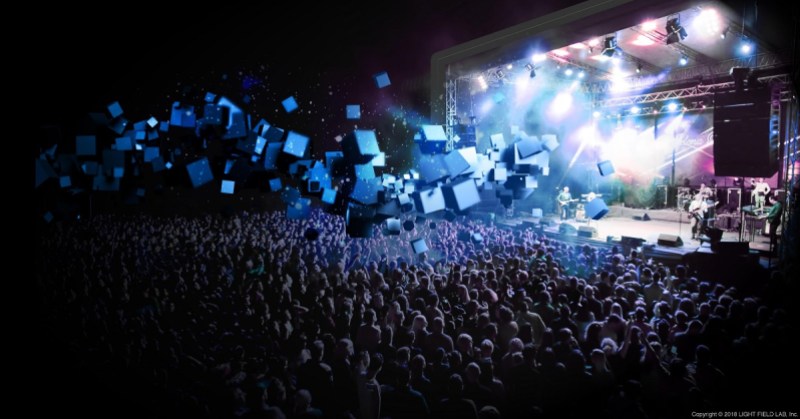 Light Field Lab said that the world we know is largely based on the perception of our senses, with sight being the primary input. Everything around us is a collection of light energy visible through our eyes and processed by the visual cortex of the brain. The “light field” defines how photons travel through space and interact with material surfaces. The things that we ultimately see as the world around us are bundles of light that focus at the back of our eyes. The trick is getting your eyes to focus on a particular point in space.

Light Field Lab’s technology re-creates what optical physics calls a “real image” for off-screen projected objects by generating a massive number of viewing angles that correctly change with the point of view and location just like in the real world. This is accomplished with a directly emissive, modular, and flat-panel display surface coupled with a complex series of waveguides that modulate the dense field of collimated light rays. With this implementation, a viewer sees around objects when moving in any direction such that motion parallax is maintained, reflections and refractions behave correctly, and the eyes freely focus on the items formed in mid-air. The result is that the brain says, “this is real,” without having any physical objects. In other words, Light Field Lab creates real holograms with no headgear.

“Real-time physics-based rendering is a huge game for everything we’re doing, in addition to the fact that they already have plugins for the majority of every software package out there,” Karafin said. “We want to make sure that the way we roll our technologies out is starting with the really big thing, using large-scale, high-value entertainment experiences, showing something that is transformational that nobody has ever seen before.”

The building blocks will be assembled into large images, like a T-Rex at a museum that looks amazingly real to the children who are standing next to it. Over time, the tech could migrate to consumer applications.

“The type of experience that we will be providing and ultimately, is geared for the home for all consumer technologies,” Karafin said. “Obviously, we’re starting with big venues and big entertainment experiences where the consumer can go to those days to see it. But we are going to create and we will show you today that it is a fully interactive, social experience that you and your friends and your family we can all be in the same environment together and not be limited to some kind of isolated experience.” 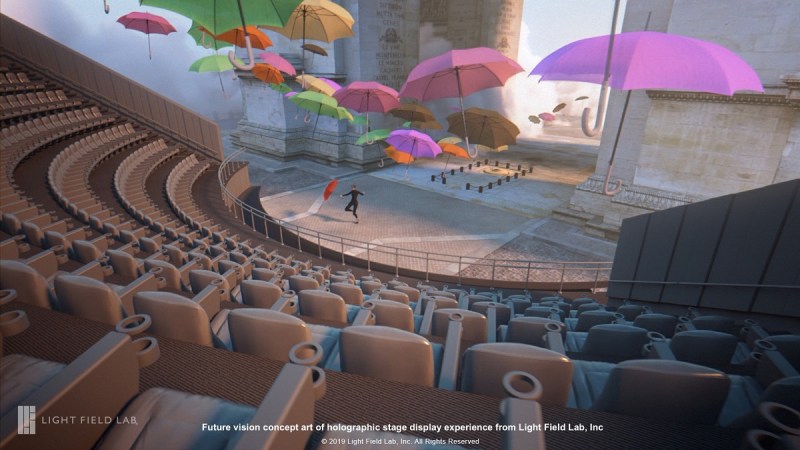 Although Light Field Lab will initially target large-format location-based entertainment venues, a version of its holographic technologies will ultimately be developed for the consumer market. These investment partnerships pave the path forward towards widespread industry adoption and market expansion.

Strategic investors said they are excited to participate in the holographic ecosystem and continue to evaluate its potential.

“Light Field Lab’s holographic displays are the most exciting new technology we have seen in the entertainment space to date,” said Ankur Prakash, vice president at Liberty Global Ventures, in a statement. “We are thrilled to meaningfully participate in their Series A and are well-positioned to help them align with the industry’s top content creators and accelerate holographic media distribution on next-generation networks.” 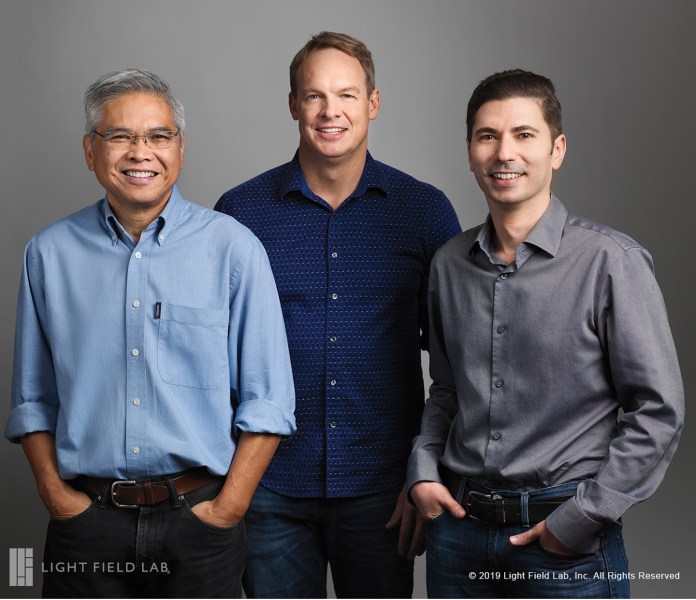 The company was founded in 2017 by Karafin, Brendan Bevensee, and Ed Ibe, with the single mission to enable a holographic future by building upon the founders’ collective expertise of light field technology innovation. The company has 14 employees and a dozen contractors.

“The industry response has been extremely enthusiastic as evidenced by the strength of our investors,” said Karafin. “We look forward to working with our syndicate of manufacturing, content creation and distribution partners to uncover opportunities and alliances across a range of vertical markets as we take our technology to the next phase.”

“It’s a merger between the real and synthetic worlds,” he said. “That’s what we’re excited about bringing to market.”

Later on, in the second or third generation of the technology, the company wants to introduce the ability to touch, feel, and interact with the holograms, Karafin said.

“Everything that we are doing is leading up to the ability to create real mechanical things,” he said.

And yes, ultimately the company wants to create the Star Trek Holodeck.