I can still remember the first time I heard about the Oculus Rift. In August 2012, I received an email from a co-worker with the subject line, “This looks like your kind of thing” along with a link to the Oculus Rift Kickstarter. My life hasn’t been the same since.

I sought out the VR community, and found them scattered amongst Reddit, Minecraft servers, and chat rooms. As a contributing member of many Android developer forums, I knew how critical an active growing community would be to drive VR into the mainstream spotlight and ensure its success.

As the community grew, there was a strong desire to understand the changes that were coming before they arrived. Videos, podcasts, and interviews would be needed alongside the games, experiences and hardware to help people understand what was coming. I took on the “Reverend Kyle” persona, and got to work.

I drew upon my experience as a professional skills trainer, photographer, and Android hacker to create the Rev VR Podcast, where I interviewed movers and shakers in the early days of this new generation of virtual reality. Folks like ‘Cymatic Bruce’ Wooden inspired me to do live streams and YouTube videos, which helped me form a bond with the early community.

In early 2014, I was approached by the RoadtoVR team and asked to partner with them. I graciously accepted, and continued to produce the Rev VR Podcast under their banner for over two years. During that time, I packed up my family and moved from Cincinnati, Ohio to Seattle, Washington to pursue a career in VR architectural visualization.

I was contacted by a representative of the investment team funding UploadVR in August 2018. They explained that the media publication portion of the company had been split off, and the investors had given the UploadVR.com news team its own separate funding. With this big change, they wanted new leadership. I humbly accepted.

As the new Editor in Chief at UploadVR, I want to drive growth in this community as well as mainstream awareness of VR and AR. We will accomplish this by reporting industry news and working with early adopters to answer their ever-changing questions with an expanding slate of game reviews, lives streams and podcasts. I am very fortunate to have a veteran crew of editors who share my passion for immersive technology, and have worked hard to earn the respect of the community. Ian, David, and Jamie, UploadVR’s Senior Editors, deliver clear, insightful articles on a daily basis, and will continue to do so under my leadership.

My personal content contributions to the UploadVR website will be supplemental. I’m still getting to know them personally, but I know the current editorial team is doing a fantastic job. I don’t want to change that.

This industry changes every day. New, exciting breakthroughs and experiences are around every corner. UploadVR is dedicated to being on the front line, delivering the best and most important information about VR and AR to you. I want to thank our dedicated fans, and welcome our new ones. 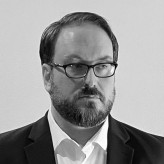