How Mixed Reality Is Transforming The TV Game Show

The quaint TV game show is becoming more exciting, and it has nothing to do with goofy stunts or reality hijinks.

Thanks to mixed reality, contestants in a game show can now steer down rapids in a hollow log while avoiding dinosaurs. That sounds just a little more exciting than spinning a wheel and buying vowels. This is happening now in the Norwegian game show Lost in Time, which launched last month. And people watching at home can play against those in the studio with a mobile app.

Ellen Lyse Einarsen of the Future Group dived into interactive mixed reality today at the GamesBeat Summit in Berkley, California in an on-stage interview with David Jagneaux, games editor at Upload VR. The Future Group made the technology that makes Lost in Time possible.

A woman surrounded by green screens could actually be in castle maze or shooting runaway mine carts with a cannon. And these aren’t actors … they’re contestants. Sometimes, they are just interacting with props and not seeing any of the virtual world. In others, they can see parts of the virtual world. In the example with the mine carts, the contestant is firing at them by looking inside a cannon-like device. This lets them see the mixed reality world. But people at home see these contestants completely immersed in the rendered worlds. 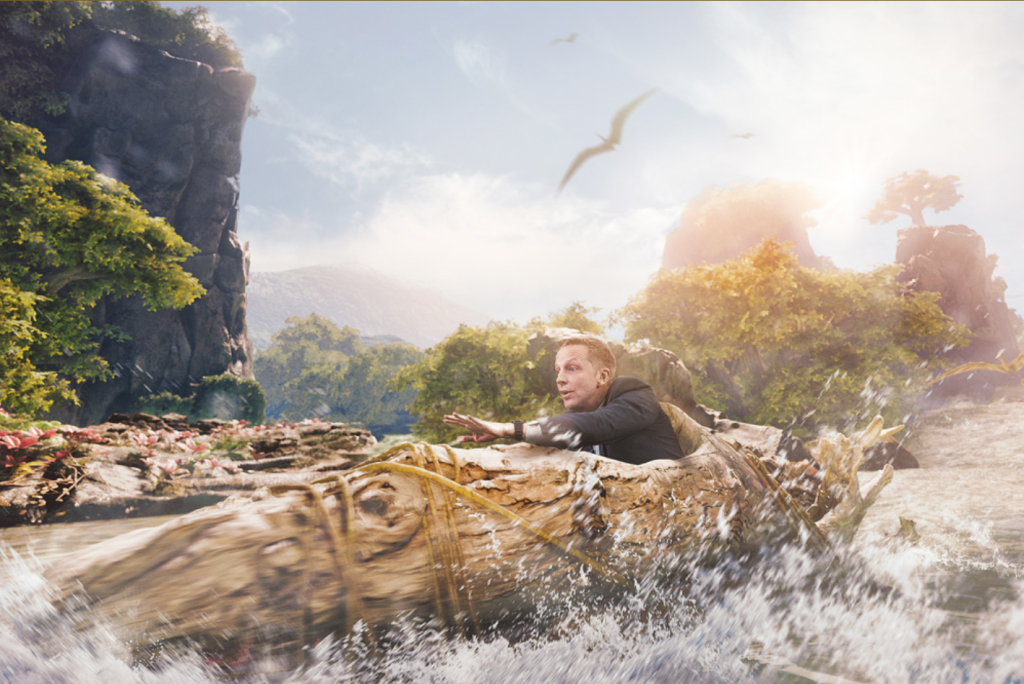 Above: Lost in Time

It makes for a more visually impressive experience than watching three people stand behind podiums.

People at home are also playing along, competing in mobile versions of the games that contestants are competing in. And they aren’t playing along just for fun. A home contestant has a chance to win the same amount of money as the winner in the studio. This presents unique design decisions for the project. The show has to be fun to watch and fun to play.

The project could bring young people back to watching linear television. Many younger demographics are used to interactive experiences. Lost in Time lets them get personally involved in a TV game show.

But the technology could extend outside of game shows. Einarsen said the Future Group has a product called Frontier that does live renders. So her talk at GamesBeat could have streamed live while making it looks like she was talking from Mars.

And its different from a traditional green screen version of compositing because people can influence the environment. The digital background isn’t static. It’s something that players can change in real time.

So maybe we’ll see The Price is Right take its contestants to space, the depths of the ocean, and prehistoric times in the near future.

This post by Mike Minotti originally appeared on VentureBeat.