Going outside in winter can be…well, terrifying. Luckily, makers of Virtual Reality have created amazing pieces for us to watch while buried in our big blanket/sack hybrids. (Snuggies? Snoogies? Whatever they are, I am definitely wearing one while writing this.)

In all sincerity: our natural world is a gift that should not be overlooked, and our media should encourage us to engage with it, rather than isolate ourselves from it. It’s imperative that we cherish the land around us, and this impulse is what has pushed many creators to use VR in service of conservation. Here’s a selection of videos that helps inspire awe and appreciation for nature and hopefully inspire us to drop the headset, put on our puffy coats, and explore.

This is not a conservation video per se, but it is a wonderful fusion of natural landscapes and science education. Learn about being a “Tyrant Lizard King” (T-Rex) while watching Kevin Lieber (Vsauce2) fear for his life. Various objects (a bus, a basketball hoop etc) are presented around you to provide a sense of scale. 2Bit Circus has a wonderful sense of “play” in the medium and this video is no exception. This was filmed in the El Mirage dry lake riverbed (an hour outside Los Angeles) and the synergy between the real land and animated objects is seamless. Kids old enough for VR will love this one.

The sound design in this experience is remarkable –the chirping of birds and scurrying of wildlife are as sharp as the video quality. There is something to be said for investing in high production values in VR. This is not just a 360 experience — it captures a time and place in American history. Having President Obama as part of the video adds an unprecedented gravitas to the experience, but on its own it still stands as one of the finest depictions of the national parks ever recorded.

Produced by: Here Be Dragons

Tour the Bird’s Head Seascape in Indonesia with Ronald Mambrasar and his son, Valen. Bird’s Head is one of the great success stories in community-led conservation, and this video shows how we can work together to reverse habitat destruction. Seeing a desolate reef compared with a living one will stay with you long after the experience. Having Ronald narrate directly to his son is an emotional and great choice. No, that’s not headset fatigue– you might get actual tears in your eyes from this one.

Join Los Angeles’ Mayor Eric Garcetti for a tour down the LA River. What was once a maze of concrete and oily puddles is being revitalized into a living river for the city. In the video, you can explore areas of the river not typically accessible to the public, giving the viewer a sense of adventure.This is a great example of using VR on a civic level to educate and incite change. (Also, how even in cities, nature is all around us.)

Unreal and enchanting — this kind of footage makes a case for bringing your 360 cameras wherever you travel. The Aurora Borealis is considered one of the wonders of the natural world, and here you can see it in all its glory from the comfort of your own home. It feels almost decadent to put this into a headset and space out in a green glow for a few minutes. Do it anyway. 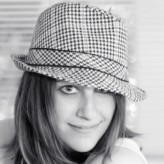