Nissan Design is collaborating with Haptx to bring a realistic touch to designing cars in virtual reality, the companies announced last week.

Haptx makes VR gloves that have haptic technology, or the sensation of touch, thanks to 130 tiny actuators in the gloves. You can use these gloves to virtually touch things in a VR environment.

“We are entering a new era of design, and Nissan is leading the way,” said Joe Michaels, chief revenue officer of Haptx, in a statement. “We’re honored to see Haptx Gloves adopted as a tool by Nissan’s world-class design team. Working together, we can radically enhance the vehicle design process so that automakers can make better decisions, faster.” 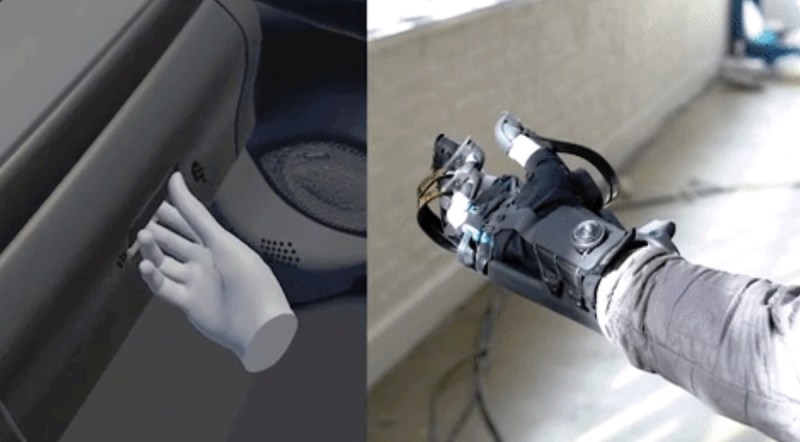 The announcement comes a day after Haptx announced that it had teamed up with FundamentalVR to create VR gloves that physicians can use in VR surgery.

The auto industry has invested heavily in VR because it promises to reduce the need for physical prototypes, but auto designers hit a hurdle with touch and input. VR controllers lack realistic touch feedback and prevent designers from interacting naturally with their models.

Nissan and Haptx are working together to address these shortcomings. Haptx Gloves let car designers feel their new model as they design it, enabling them to create new iterations rapidly by using haptic prototyping instead of physical prototyping. This innovation has the potential to revolutionize the design process, saving automakers tremendous time and cost.

It takes years between creating the first 3D model to sitting in the driver’s seat of a complete physical prototype. Haptx Gloves can reduce that time from years to days, letting you grip the steering wheel, adjust the volume dial, and feel the click of the glove compartment in VR before the first piece of steel is bent. This type of nuanced interaction allows auto designers to get a better sense of their customer’s experience. 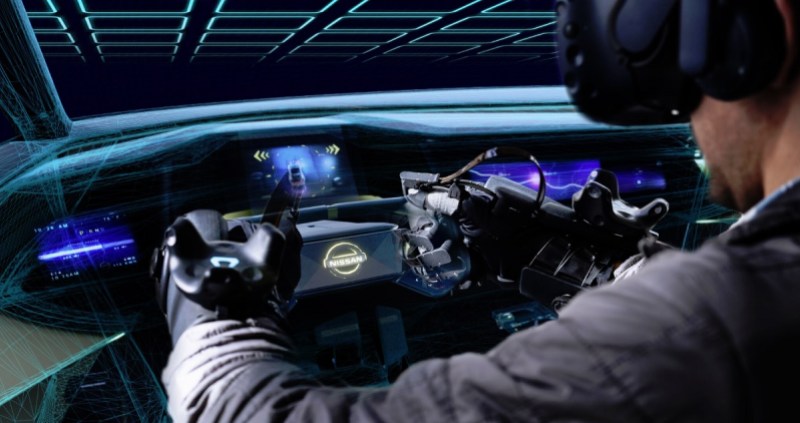 Above: VR car design will be demoed at South X Southwest.

“Automakers have faced imperfect options in the design process. VR controllers are unnatural and inadequate for realistic feedback, but full-scale physical models are expensive and limited in their utility,” said Jake Rubin, CEO of Haptx, in a statement. “HaptX Gloves address these limitations, enabling auto designers to feel their new vehicle models throughout the design process and allowing for rapid prototyping within VR.”

Nissan is the first automaker in Japan to use Haptx Gloves. Nissan has already made several vehicle designs touchable with Haptx Gloves, including electric cars like the best-selling Nissan Leaf and the Nissan IMs, the luxury sports sedan concept car showcased at NAIAS in January.

Haptx demonstrated the tool publicly for the first time last week at South by Southwest (SXSW) in Austin, Texas.