While any mention of Nokia may always call to mind cell phones, Nokia is also taking steps into the virtual reality market. As part of that, the Finnish company is now partnering with the house that Mickey built. As we reported in April, Nokia and The Walt Disney Studios are working in conjunction on the production of VR content, using Nokia Technology’s OZO virtual-reality camera.

“Virtual reality represents a new frontier in storytelling, and we’re thrilled to be bringing this VR technology to the team at Disney,” Ramzi Haidamus, President at Nokia Technologies said in the press release announcement of the agreement. “OZO will help Disney bring their film properties to life in new ways through immersive entertainment experiences, and our focus will be on helping them get the most out of VR as they begin to uncover all that it has to offer.”

Guido Voltolina, head of presence capture for OZO at Nokia Technologies, thinks that the partnership with Disney provides a stamp of approval for the company’s cameras, which launched in November of last year.

“If you’re saying that you are one of the leaders in bringing a professional solution, and nobody in the industry is using you, of course you can make that statement, but the validation is not really there,” Voltolina said.

Voltolina mentioned how other companies may make such claims, but that really, the proof is in the pudding: it only matters what companies are actually using and relying on your products.

“And it was clear to them that we were really a dedicated company creating a professorial solution to shoot VR,” Voltolina said.

Within the partnership, Nokia will help Disney make VR experiences to support the studios’ movie output. Recent examples include content made for the release of The Jungle Book, where OZO cameras were used to create 360 videos, which were then used in promotion for the film on Disney’s Facebook page.

For Alice Through The Looking Glass, pop artist Pink performed a concert in front of the El Capitan Theater. Three OZO cameras captured the concert, which was live streamed and released on Disney’s YouTube. Most recently, Pete’s Dragon: Elliot’s Flyover— which places the viewer on the back of the eponymous dragon for a flight through Millhaven (or real world New Zealand) — was created for the launch of Pete’s Dragon.

And there’s still more to come.

“In the mean time, we are cooperating with the majority of the other studios within Disney,” Voltolina said. “But some of the experiences that we are building are still not public because they are related to, you know, upcoming movies…so we’re not allowed to talk about it.”

However, Voltolina did mention that Disney is starting to shift away from using VR just as a PR tool, and is instead looking at options that are more closely linked to “the story itself,” or other types of introspective content.

“The VR content will become something additional to the movie itself, that doesn’t have a direct dependency within the movie, meaning you can watch the movie and be happy with it,” Voltolina said. “But at the same time, if you’re really a big fan or you’re interested, you can have so much more in addition with the VR experience just because you’ll be allowed to see more in detail, see behind the scene, or an extra element of novelty that was not included in…the movie itself.”

For Nokia, the partnership not only includes training Disney on how best to use OZO cameras, but also listening. The OZO Creator — the software that handles video recorded by an OZO camera — has seen many changes recently, in part because of feedback from Disney and other teams that Nokia has been working with.

“Ultimately we both want really premium content to be available for VR viewers, right?,” Voltolina asked. “The ambition is to migrate from two or three minute experiences into something more appealing where people want to stay for [a] longer time.”

Working with Disney also gives Nokia experience in myriad verticals: Disney as a company has footholds in many different industry segments, everything from documentaries, educational content, sports (with ESPN), and even news (with ABC).

“And so the idea for us was…OK, how can we go across multiple verticals at the highest level of professionalism so that we not only validate that the product is viable,” Voltolina said. “But we also learn what are the specific need[s] of each of those application[s], and how can we compensate what OZO doesn’t have.”

Of course, like any form of developing media, there’s trial and error, as the technology works to find its place within the traditional media landscape the predates it.

“Our vision is really these incremental [opportunities] that we have in new media,” Voltolina said.

Voltolina mentioned how filmmakers look back to storytelling’s roots in fireside verbal traditions. But the invention of the written word (and eventually, printed word, with books) didn’t entirely replace the need for verbal storytellers, even if it did remove the necessity to memorize stories.

“Every time you add this media…you don’t kill the previous one, right?” Voltolina said. “So it’s not like as soon as pictures came books were not selling, as soon as videos came pictures were not used anymore.”

However, Voltolina does think each storytelling form has “stronger characteristics” in how it manages to elicit emotion from the viewer.

“But for VR, I think that the aspect that is already identified — and when I say VR I always refer to 3D, 360 video with spacial audio and with the immersiveness element — could be also interactivity or walking around…all those elements allow you to have a media that now can create much stronger emotions, right?,” Voltolina said. “Positive and negative.”

Voltolina gave examples including content that could get people to donate larger amounts to charity. Or in advertising, where people would be more interesting in giving the product a whirl, in the same way that video ads are more effective than print.

“In the storytelling, what you have now is not the evolution of video, so it’s not the extension of filmmakers, it’s just a different medium…[that allows you] to really have strong emotion, emotional involvement, from the viewer,” Voltolina said. “And this of course, only if you do it right. Like in a movie, there are tons of very bad movies that don’t create any emotion other than ‘I want to walk away because its…terrible.'”

Within its role as an emerging medium, VR creators are figuring out what elements from other mediums should still be present in VR content, as well how to make use of the specific strengths unique to VR. Voltolina often tells people that, on a basic level, VR experiences still need enjoyable stories, and if the story isn’t any good in 2D, it probably isn’t going to become better just by being shifted to VR.

Essentially, VR isn’t some magic wand that’s going to turn a previously bad story into something that people are going to enjoy.

However, Voltolina thinks that VR adds more layers than traditional film. In most movies, a director guides the story and decides how to focus on and frame each scene, and that stays consistent, no matter how many times someone watches a movie. VR, however, can now give viewers a way to watch movies multiple times in different ways.

“With VR, the multi viewing can become a significant learning…it might even change your judgment of that particular movie or experience itself,” Voltolina said.

Willie is a freelance writer with work appearing in prominent publications such as VentureBeat, Polygon, Vice, Killscreen, and multiple print publications and newspapers. You can follow him on Twitter:@_WillieClark. 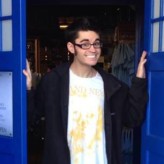