Penrose Studios has raised $10 million in a new round of funding for its augmented reality and virtual reality entertainment. That’s a beefy round, considering that part of the company’s market, VR, has fallen out of favor with investors.

But San Francisco-based Penrose Studios has set itself apart with animated VR films such as Allumette, which aims to bring a more human feel into the technology with personal and emotional stories. Penrose’s founders come from places like Pixar Animation, and they know how to tell a story.

The company previously raised a seed round in March 2016. Since then, Penrose Studios launched a new series, Arden’s Wake, which includes two installments, The Prologue and Tide’s Fall. Arden’s Wake: The Prologue premiered at Tribeca Film Festival in 2017 and received the top Lion award from Venice Film Festival for Best VR.

The company is building the series with its in-house VR creation tool Maestro.

“What we are making is a mix of a video game, a movie, and theater,” said Eugene Chung, Penrose Studios founder and CEO, in an interview with VentureBeat. “We’re excited because we haven’t seen such a change in storytelling since the advent of the motion picture.” 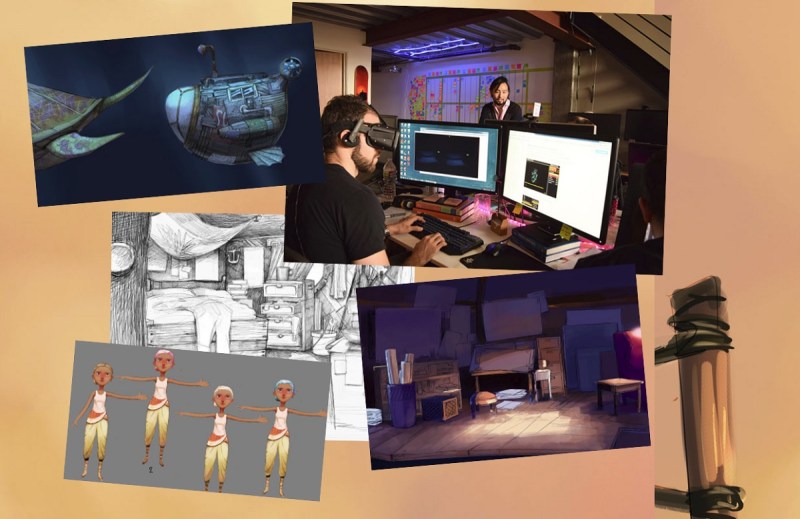 Above: The team at Penrose goes inside VR to create new VR animations.

“I am excited about our investment in Penrose not only because of amazing storytelling ability captured in the VR medium but also because the rare combination of creativity and business savvy of the CEO, Eugene,” said Jay Eum, managing director of Translink Capital, in an email. “The quality of work out of Penrose (e.g., Rose and I, Allumette, Arden’s Wake) has already been well-recognized in the industry (best VR film at Venice Film Festival). However, most outsiders are not aware that Eugene possesses a unique blend of creativity (formerly head of Oculus Studios and worked at Pixar Animation Studios) and business experience (ex-Warburg Pincus, ex-Morgan Stanley).”

Eum added, “It is clear that the VR industry has yet to mature enough to generate substantial revenue for the content creators. However, by focusing on creating VR content which audiences of all ages, genders and nationalities can experience and appreciate, Penrose is building their reputation as one of the top VR content studios in the industry. By raising capital and efficiently managing the operations, Eugene is executing their strategy to sustain themselves until the VR industry can financially support leading content creators.”

“VR continues to be a breakthrough form of entertainment for all ages,” said Chung. “As we participate in taking this new form of storytelling to the next level, we’re proud to work with a great group of partners and investors to help us get there and continue to stand out and keep our momentum within the industry.”

The money will be used for continued development of VR and AR movies and experiences and provide Penrose Studios the necessary resources to continue to grow, innovate, and continue creating critically acclaimed content and technology for the growing number of VR headset users around the world. 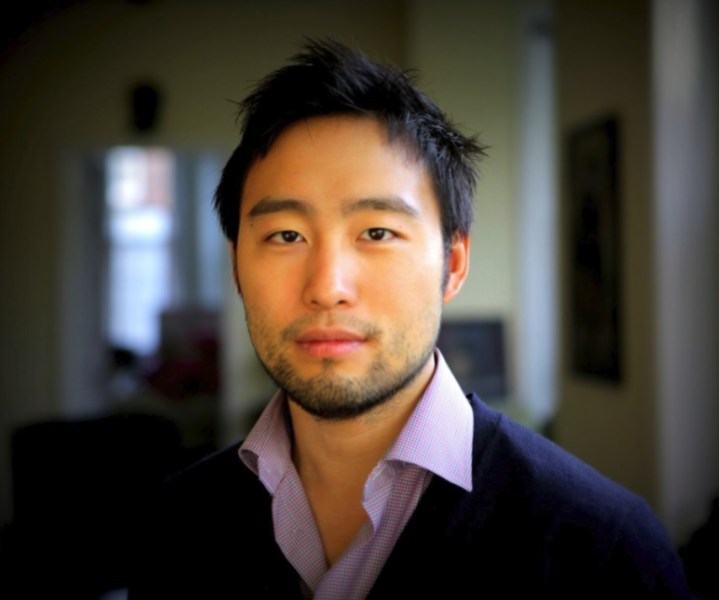 Above: Eugene Chung is CEO of Penrose Studios.

Chung, former head of film and media at Oculus VR, founded Penrose Studios in 2015. He said he was inspired to create the company as he thought back to his childhood in suburban Virginia. His father was an opera singer and his mother was an accountant. He loved video games and TV, but his neighbors weren’t opera fans.

“Opera used to be a big media art form, with the best stories, characters, and music,” he said. “People thought, ‘How could anything get bigger than opera?’ And then movies came along and it was a big disruptive innovation.”

The company has 20 employees. Chung said he is aware of the slow sales of consumer VR headsets, but he said he has been conservative in estimates and spending. He said it helps to have wise and patient investors, and he has been able to talk about things that go beyond VR films, such as the Maestro technology and AR.

“We are encouraged by the growth in standalone VR” headsets such as the $200 Oculus Go, he said. “Our heads are down. We know this technology is going to change the world and we are looking forward to it.”