PlayStation VR Worlds is, for those not in the know, a confusing package of content. When you buy a PlayStation VR headset, you already get a multi-game demo disc packed full of short glimpses for some of the PS VR’s biggest and best games. It’s appropriately named the Demo Disc. That’s literally what the box says.

Naturally, people might be a bit confused when they hear about PlayStation VR Worlds, a collection of five short experiences intended as introductory moments into the possibilities of VR. That sounds an awful lot like a demo disc, right? Well, it kind of is, except there aren’t full versions of these games waiting on the other end of a price tag and this disc isn’t free. Instead, you pay for a small collection of unrealized or unfinished games and experiences with a mixed bag of results.

Since each of the five games is a standalone experience, let’s look at them individually.

This is likely the one you’ve heard of or seen before. Originally, people assumed it would become a full game, but as it turns out, it was rolled into the PS VR Worlds package instead. It’s an enjoyable romp through London and lasts about a half hour from start to finish. You’re in what appears to be a gang or mob of some kind and are planning to steal a very special diamond. What ensues consists of couple fire fights, some light interactive moments, and a grueling interrogation scene.

The gunplay itself is fun and the voice work is top-notch, but I was ultimately left wishing for more. It feels like an abbreviated version of a larger story with a lot of potential, but in its current state I’d hardly recommend ever playing it more than once. It’s certainly the only one that actually consists of a narrative. 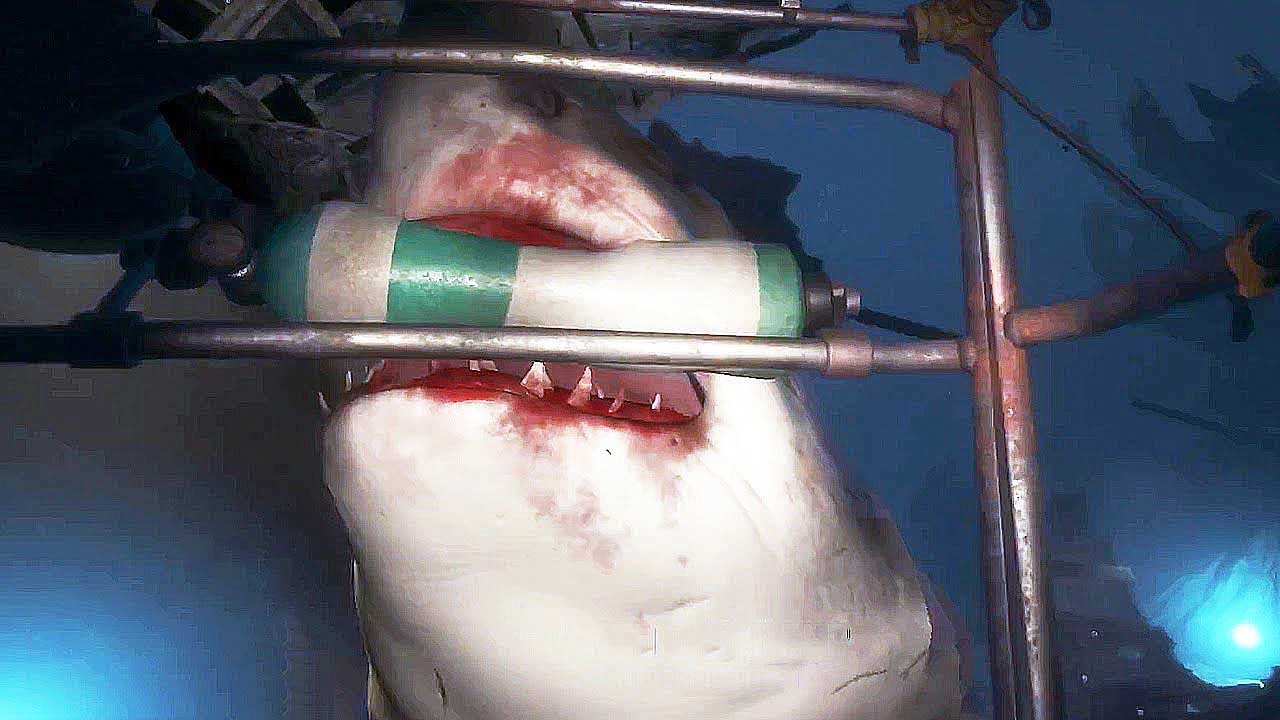 This was originally known as Into the Deep and changed its name following the inclusion in this package. You’ll go down underwater in a cage, get harassed by a big ol’ shark, and probably get a bit nervous from time to time. Since you can hear and see the shark coming from roughly a mile away, it’s not as terrifying as some of the reactions you might have seen online would leave you to believe.

This is, surprisingly, my personal favorite of the bunch. While it’s basically just Pong, but with your face, the excitement comes from the fact that each of your opponent’s has a different paddle with different abilities. Some can blast back multiple balls, others can slam them at super fast speeds. By banging your head forward you can send the ball flying with force, or by sliding your head to the side, you can enact a special curve ball.

Panels of the room come flying off the walls as the ball makes contact, making it a visual splendor to watch. Gameplay is fast, fun, and satisfying. I just really wish there was multiplayer.

This one feels a bit like a scrapped game idea that never got a whole lot of traction internally. Sony didn’t bother talking about this entry in PS VR Worlds very much, frankly because many the other three I mentioned are more enjoyable. This plays out like a mixture of a mech-combat and space shooter game, with you exploring space and structures in a unique ship.

There are more thrills to be found in the free EVE: Valkyrie demo on your demo disc than in this one. 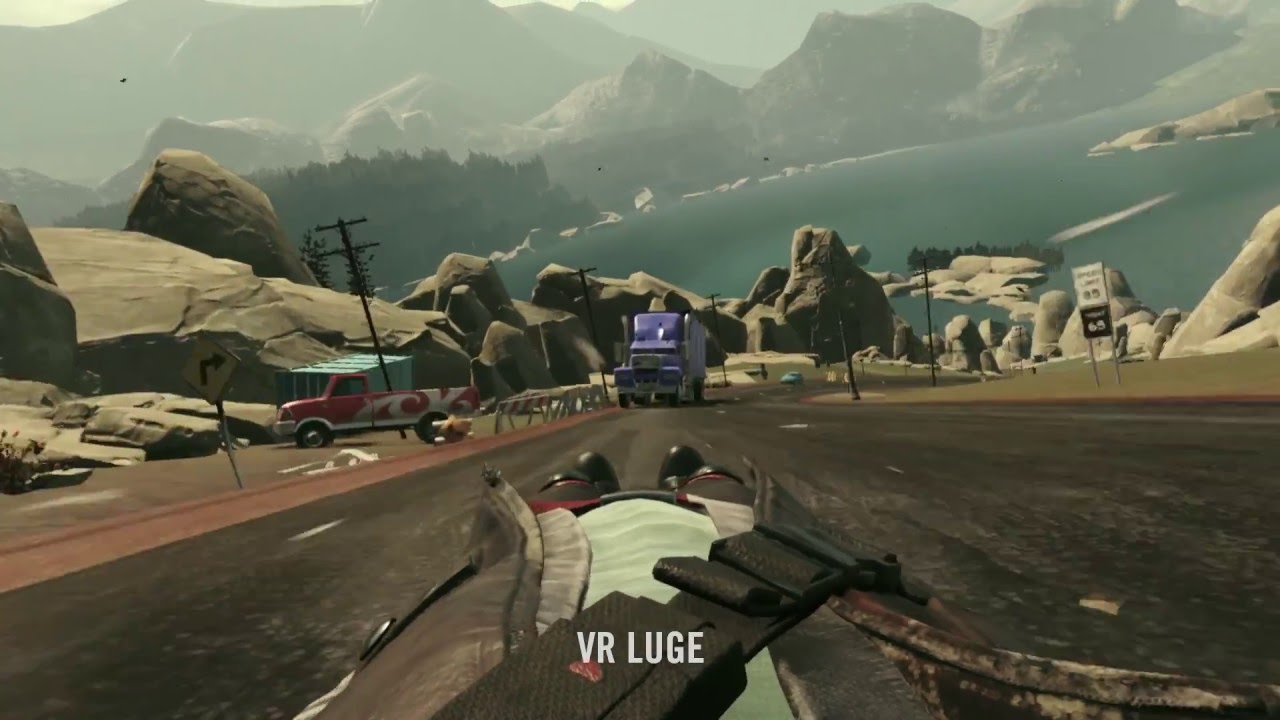 Last and least is VR Luge. You’ll tilt your head from side-to-side to steer your street luge as breakneck speeds as you dodge and swerve between cars. The sense of speed is great, but the limited courses, lack of real challenge (hitting cars doesn’t do much other than give you a slight time penalty) and disappointingly shallow gameplay keep this one from breaking away from the pack.

I can see why this didn’t evolve into a bigger game, but it would have been nice to see it at least polished up a bit more.

PlayStation VR Worlds feels like a poor attempt at creating a bundle game collection that could stand toe-to-toe with fully-developed games on retail shelves. The PS VR itself comes with a demo disc that’s frankly better than this collection, but if you’re getting the bigger bundle that includes Worlds already, or really want to check out The London Heist, Dangerball, or Ocean Descent, then it’s worth a quick run through. Three of the five games are pretty solid, but it’s hard to recommend as anything other than a nifty bundle purchase.

Read our Game Review Guidelines for more information on how we arrived at this score.