Making a sequel is tricky business.

What is the recipe for making a truly great sequel? Is it reverence to the source material or unexpected twists, engaging new characters or familiar faces? Is there a secret sauce when crafting the perfect next instalment in a beloved series?

Simply replicating the successes of the previous game generally isn’t enough. Gamers demand innovation. They demand new mechanics, fantastic new environments and bold new characters –  a mere parrot of past glories will seldom win the day. But before you get to any of the above, you still need to get the basics right…

Once More Into The Breach

The Walking Dead: Saints & Sinners originally released for PC VR in 2020, almost universally acclaimed as one of the best games to grace headsets. Offering a highly immersive survival horror experience, the game provided a physics-driven gore fest with a refreshingly meaty campaign that still remains almost without peer.

The game subsequently released on the original Quest as well as on PSVR, with the former being an absolute spectacle in technical wizardry. Skydance provided Quest players with a fantastic rendition of the original Saints & Sinners, despite the limitations of standalone VR hardware.

What is it?: An intense sequel to Saints & Sinners that takes players back to New Orleans with an assortment of weapons to use and decisions to make that have a lasting impact on the world.
Platforms: Quest 2 (PC VR & PSVR 2 in 2023, Pico planned)
Release Date: December 1, 2022
Developer: Skydance Interactive
Price: $39.99

Saints & Sinners: Chapter 2 – Retribution is exactly as the title would suggest – the next chapter of the story established in the first game. The narrative continues three months after the end of the original, picking up with the same surviving cast, settings and of course… zombies.

It is so much a continuation of its predecessor as to be almost identical in the majority of key metrics. The game consists of 12 locations but only three of these environments are new, with the majority being the wasted remnants of areas from the original campaign. While this still provides ample scope for scavenging and trade missions, it is somewhat of a let-down in terms of the broader expectations conjured with a standalone release, as opposed to an expansion to the original.

In fact, in terms of overall mechanics, visual assets and the core conceit of the game, there is an almost complete dearth of innovation. With only small exceptions, the same cast of zombies shuffle through the same houses and streets while you scavenge the same materials needed to craft almost the exact same supplies. As such, Retribution comes out of the gates feeling a lot more two or three DLC chapters than a truly unique and new experience in its own right.

This recycling would have been easier to forgive if more time was invested in meaningfully developing the gameplay in exciting new ways. The addition of co-operative multiplayer support, for example, would have been a compelling change, but as it stands, putting a new storyline and a handful of new locations on top of existing content doesn’t feel like enough.

At launch, Saints & Sinners: Chapter 2 is also marred by inconsistent performance and a plethora of bugs that significantly distract and complicate playing sessions, making it a far cry from the outstanding achievement of the original.

At the time of writing, I’ve played through around 13 hours of the campaign, with another six hours of playtime across failed attempts where I had to restart or replay a section before progressing, for various reasons. Of the latter six hours, I estimate around half were the result of various hard crashes or game-breaking bugs, forcing me to restart sections over again.

The bugs range in severity, from larger game crashes to smaller but frequent bugs. Walls and floors will pop in and out of existence, as though in the throes of some kind of existential crisis. Characters would inexplicably find themselves trapped inside geometry, facing the wrong way or stuck with a completely frozen face. Zombies would abruptly disappear, often while chasing you, but leave their audio cues intact – you’d be able to hear them, but not see them. It’s quite unsettling and greatly impedes the ability to enjoy the game and be immersed in its world.

There were larger issues as well, such as one  level in the middle of the campaign that crashed seconds away from the finish line four consecutive times, requiring me to replay the section over and over again in full.  With similar instances of crashes across my play sessions and the persistent smaller bugs and issues, it was not possible to reliably complete the campaign, let alone enjoy my time doing it. UploadVR was not provided access to the game prior to its December 1 release and on December 14 Skydance released a major update to address bugs. I spent a couple more hours in the game after the update and it does address many of the problems, particularly the more severe and game breaking amongst them. That said, there continue to be issues whereby textures or world elements would still pop in, albeit to a lesser degree than before. Future builds might prove more stable and Skydance said its next updates would be in 2023. I might resume my playthrough after more updates, but for now, I’ve put the game down.

With issues around performance and repetition duly noted, it bears mention that the functioning elements of Retribution are still a masochistic pleasure to play.

The physics-based combat remains outstandingly visceral and uncomfortably satisfying. The unmitigated tension of attempting to stalk silently through streets teeming with the undead or creeping through desolate buildings in the dead of night is palpable in a way that very few other VR games can sustain.

The stamina system is crucial to the success of both of those elements and Chapter 2 refines the system well, resulting in some improvements compared to the original. As opposed to a more arcade-like zombie romp where actions come without a price, the Saints & Sinners franchise ensures that every ounce of effort expelled comes at a cost to the player – often the difference between life and death. This can manifest in a tactical desperation, one of the more engaging components of the gameplay.

Whereas this was previously perhaps a little too severe, Retribution sees the player begin with a number of perks already unlocked. This allows the player to begin the campaign with a more reasonably balanced endurance and weapon set, a decision which elegantly maintains the challenging nature of the system but no longer enforces the roleplay of an asthmatic octogenarian.

That said, the base walking speed is still painfully slow. With every dash or sprint coming at reasonable cost, the decision to keep players moving at a practically glacial pace is both bizarre and frustrating.

Is That A Chainsaw In Your Pocket?

The strong narrative depth associated with the original Saints & Sinners was no less important than the combat, and Retribution continues to create impactful moments through its storytelling. Although the earlier stages of the game don’t offer much in the way of plot changing choices, the dialogue is decent, the new antagonist is compelling and the continuation of the existing story is well wrought. In fact, by mid way through the game the missions and plot points were beginning to escalate so as to become genuinely thrilling and it is a real shame that the performance issues interrupted the game so severely just as it really started to evolve.

As the story progresses, players will be confronted with more morally challenging decisions that test their mettle and influence the direction that the campaign takes. Similarly, players are free to ignore certain missions or kill certain characters, thus negating that section of the story entirely. Just as in the first game, Retribution provides a narrative structure that leans into player agency and creates a world where “every choice you make has consequences”.

The crafting system remains an essential element of the narrative progression, with a trade network spread throughout the decimated city. Several sections encourage the player to roam and scavenge, while certain missions are only triggered by time-based milestones, so there are plenty of opportunities to spend your time discovering NOLA’s unique “shopping” opportunities.

This artfully solves a common problem associated with survival games, where the decision to stick to the campaign or spend time foraging often proves difficult. This is especially true when you add in the conflicting temptation of new toys weighed against the promise of increasing threat if you dally completing side hustles for too long. Retribution’s mission structure and pacing is broad and well balanced, which means you’ll almost certainly have to commit the scavenging time required to get yourself the shiny new chainsaw.

The Walking Dead: Saints & Sinners – Chapter 2: Retribution is a game built entirely around artificial, smooth locomotion, so players who are susceptible to motion sickness will need to tread warily. While there are a range of comfort options available, including snap turning and vignette options, there is no ability to play using a teleport motion system. The walking speed is slow, which may be more forgiving for some, but even the sprinting would hardly be called intense by modern standards. Even so, the ability to handle consistent smooth locomotion remains a must for any player bold enough to wander the ruins of New Orleans.

At launch, The Walking Dead: Saints & Sinners – Chapter 2: Retribution is reasonably allegorical with its own subject matter. Something that was once alive, visceral and vibrant has been reanimated into a pale imitation of itself, shambling aimlessly and consuming the world it once created. An update within two weeks of launch has already addressed some of the biggest problems and more updates are planned for 2023. We’ll look at Chapter 2 again on new platforms and check for future updates, because within this dismembered sequel lies the bones of a fantastic game. The deeply atmospheric world of post-apocalyptic New Orleans, complete with its rich characters and its brooding, oppressive sense of desperation remain fundamentally intact. In fact, every core element of what made the original so very successful, with the exception of reliable performance, are present and just waiting to drag you back, kicking and screaming, all over again.

Plus, this time you have a chainsaw. 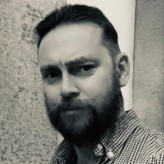 Pete is a writer and avid enthusiast of gaming technology. He reports exclusively on VR gaming and has been publishing reviews as a freelance writer since 2020.