Remote AR for Microsoft HoloLens brings AR support for field technicians, enabling them to perform tasks with better speed and accuracy. It does so by allowing an expert to get on a video call with a technician and then mark the spot on the screen where the technician has to do something, like turn a screwdriver. The technician is able to see where the expert is pointing by looking at the AR overlay on the video scene.

Remote AR is being used for real-time remote collaboration in enterprises such as Lockheed Martin, Siemens, and Eaton.

With today’s launch, Remote AR now offers remote support with 3D annotation to the Microsoft HoloLens. With spatial tracking, field technicians can use the Microsoft HoloLens to connect to a remote expert with clear communication, as well as receiving assistance and performing tasks with speed and accuracy, since they no longer need to hold a mobile device in one hand while trying to talk. 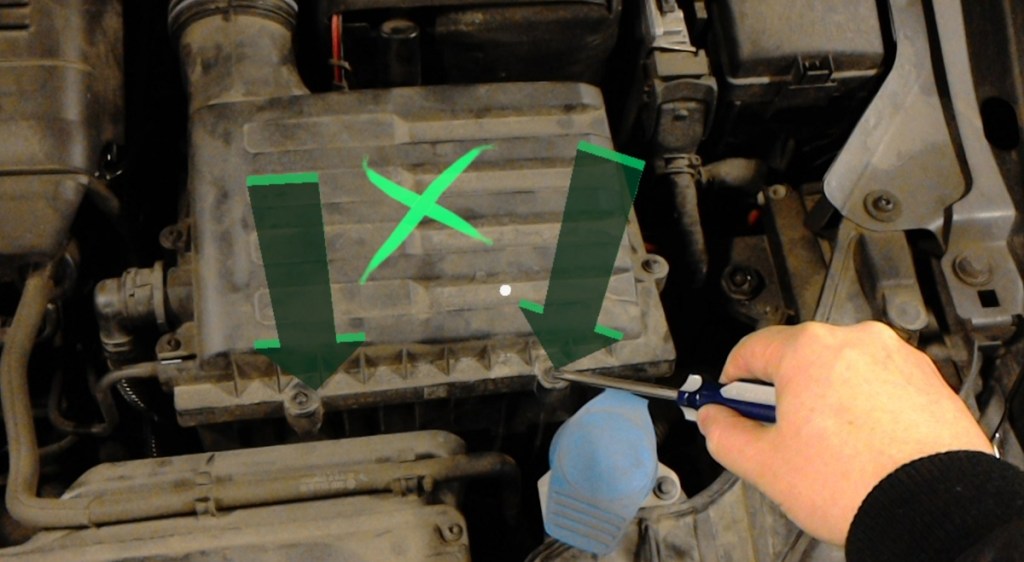 Above: Scope AR lets a remote expert show a tech what to do in a video call.

“Remote AR was designed from the ground up to support enterprise needs of getting expert knowledge to workers, when and where it’s needed, by allowing users to select their device of choice, whether it’s a smartphone, a tablet, or now, Microsoft HoloLens,” said Scott Montgomerie, CEO and cofounder of Scope AR, in a statement. “We’re seamlessly integrating the latest technologies, like Microsoft HoloLens, into our solutions so organizations can focus on the work at hand, secure in their knowledge that they can take advantage of AR today and deploy the best devices for their workforce.”

From any iOS, Android, or Windows smart device or any Windows desktop, an expert can use AR to overlay digital content onto whatever the user is pointing their camera at to more intuitively walk them through a task or diagnose and resolve a problem.

Scope AR was founded in 2011 and is based in San Francisco, with offices in Edmonton, Canada.