Developer Grounding says that it will offer 15 minute demos of the VR experience on May 5 and May 6. 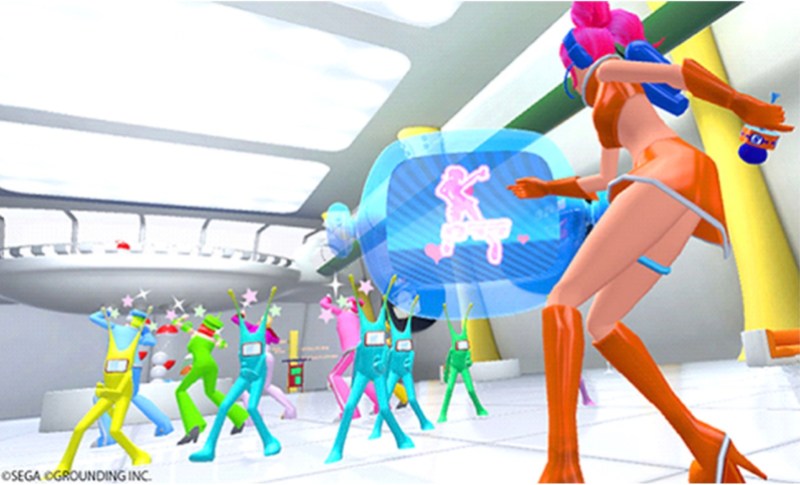 Beyond giving players a shoulder-level view of the action from directly behind Ulala, the VR version of Space Channel 5 uses arm tracking, so players can actually dance to the music. Thus far, Grounding has shown footage of a reworked version of the original game’s first level, where all of the originally pre-rendered background art appears to be real-time 3D. It’s unclear at this point whether the finished game will be a remake of the original game, contain elements from its Part 2 sequel, and/or include brand new content.

Along with Mizuguchi’s pioneering shooter Rez, the Space Channel 5 series was one of Sega’s most noteworthy franchises during the Dreamcast era. Michael Jackson made multiple cameo appearances in the games, which won 2000 GDC awards for original game character of the year and excellence in audio. But as it became clear that the Dreamcast would be Sega’s last console, the franchise transitioned to the PlayStation 2, and UGA disbanded, ending the series.

So far, Space Channel 5 VR Kinda Funky News Flash! has only been announced for the HTC Vive, and neither a price nor a release date have been confirmed. The new U.S. site for the game mentions that there will be a “VR Arcade Version” running on the Vive, with “game hardware for console version” listed as “TBD.”