Seven Reasons Why Social VR is Better Than Skype

Videoconferencing isn’t any fun – especially in a group – and I try to do it only when absolutely needed or with someone I really like. In my work on decoding the experience of 1:1 presence I’ve looked into this quite a bit, because I’ve been comparing what you can do with video to what we may be able to do instead with VR.   Here is my list of 7 big problems inherent in the use of videoconferencing to facilitate individual and group communication:

1.  No Eye Contact  When you look into someone’s eyes in a videoconference, they see you looking in a different direction, and vice versa.   So you have to choose between ‘pretending’ to make eye contact by looking into your camera, and actually seeing what they are doing.  This problem cannot be fixed because your camera would have have to somehow be exactly behind the face of the person you are looking at – which would be right in the middle of your screen.  And even if you could do that (for example by using a tele-prompter), it would only work for one person.

2.  Paying Attention  When one person speaks in a group video call, they cannot tell whether others are listening or paying attention.  There are two problems that cause this.  The first is the the position of the other people on the screen is different for everyone, meaning that when someone turns their head to look at you, you see them turning away.  The second, which is more subtle and driven by #3, is that when you are in front of a screen you also move less, so it is harder to see when someone responds to you.

3.   Less Body Language  When we sit in front of a small screen, we naturally diminish both our head rotation and upper body motion.  This is because it is most comfortable to use a computer screen when sitting at a fixed distance from it, with your head/nose pointed right at the middle.  This is fine when you are alone (except for the lack of exercise), but when conferencing, the reduction in movement reduces your ability to communicate and makes you seem cold, disconnected, or uninterested to others.

4.  Not Together in Space  Unless you are using an expensive setup where you are in identical conference rooms, the visual background for the other person is different than yours. You might not think this matters, but it does.  Your brain does not perceive you as being in the same space as the other person, which alters your behavior.  As academic studies have corroborated, If you feel that someone is physically near you, you tend to treat them better.  People on the other side of a glass wall in another room become ‘them’ while those in the same room are ‘us’.

5.  Latency.  At a delay of above about 1/10 of a second, it becomes difficult to have conversations without interrupting each other.  We all know this from our cell phone calls (which today have an even worse delay than videoconferencing).  Although new cameras can be designed to remove some of this delay, the consumer cameras in laptop and desktop computers today typically impose larger delays than can be tolerated just in capturing the image before sending it to Skype or whatever software you may be using.

6.  Bad lighting.  Typically when using a computer to conference, your face will be lit mostly by the cool white light of your screens backlight, from an angle slightly below you.  This is not flattering!  Worse yet, even if you hired a lighting team to fix things, the lighting that makes you look best (warm light at a downward angle just above your eyes) will also blind you as you look at the screen.   You can’t have it both ways, so you typically have to settle for looking like a pasty version of yourself.

7. You can’t move – In a group videoconference you cannot move your chair or change your place at the table. Not being able to move at all or change perspective (other than log off) is very claustrophobic and removes the important human behavior of being able to decide or change who sits where.

These problems profoundly impact the experience and are either difficult or impossible to solve, which is why we mostly dislike videoconferencing and avoid using it except when absolutely necessary.  Nothing on the near-term technology horizon is likely to solve any of these except possibly lower video latency.

The good news is that we can fix all these things by instead meeting in VR:  Wearing an HMD lets us clearly and naturally indicate attention – we turn exactly in the direction of the person we are listening to, and we can nod and move our bodies completely naturally, as well as use our hands to talk.  Second generation headsets will have eye tracking and will allow us to look directly into each other’s eyes when speaking.  Latency is reduced to acceptable levels by not using the video camera. And obviously, avatars need not suffer from bad hair or lighting problems.

In 1995, Philip Rosedale created an innovative Internet video conferencing product (“FreeVue”), which was later acquired by RealNetworks, where in 1996 he went on to become Vice President and CTO. In 1999, Rosedale left RealNetworks, founded Linden Lab and built a virtual civilization called Second Life, creating an open-ended, Internet-connected virtual world. Following Second Life, Rosedale worked on several projects related to distributed work and computing. Excited by innovations in these areas and the proliferation of new VR-enabling devices, he re-entered the world of VR in 2013, founding High Fidelity. Philip holds a B.S. in physics from University of California, San Diego. Rosedale is an advisor to UploadVR. 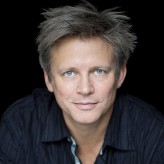