Sixense Will Refund Its VR Controller Backers, Switch To Enterprise

Sixense pioneered hand controllers for virtual reality applications in 2013, but the company hasn’t been able to produce its Stem consumer product for VR. And so the company is announcing today that it will refund all of the money raised from its Kickstarter campaign backers and preorder customers.

Amir Rubin, CEO of Los Gatos, California-based Sixense, said in an interview with GamesBeat that the company will now focus on the enterprise market with its six-degrees-of-freedom (6DoF) controllers, which allow people to use their hands in virtual reality applications. In many ways, this represents yet another failure in the overhyped VR market, but there’s also a certain measure of success for Sixense.

Earlier this year, Sixense formed a joint venture with Penumbra, a health care company that wanted 6DoF technology for things like VR surgery training and patient recovery. That raised some much-needed capital for Sixense. In September, Penumbra bought an additional 40 percent of the joint venture, bringing the total owned to 90 percent, for $20 million. That gave Sixense the ability to replay its 2,383 Kickstarter backers, who gave the company $604,978 in 2013. 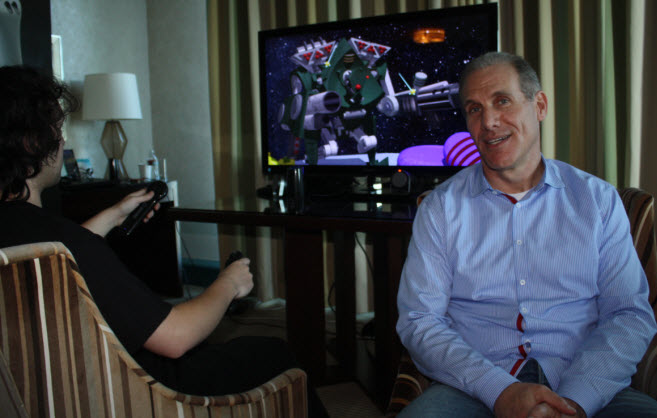 Above: Amir Rubin, CEO of Sixense, ran a Kickstarter for a wireless version of his company’s motion-sensing controllers in 2013.

Rubin said he was grateful for the support of the backers.

“After a lot of consideration, we decided, based on current market conditions, we will refund all of the Kickstarter backers at 100 percent,” he said. “We will refund every backer and every preorder.”

Rubin said that when the company emerged with its Stem wireless hand controllers in 2013, before Oculus Rift came out, the industry needed a solution for navigating VR.

“There was no 6DoF control system for VR to go with the Oculus headset,” he said.

But then Valve showed off its SteamVR controllers and gave that at no cost to HTC. Oculus launched in 2016 with an Xbox controller, and later that year it debuted its Oculus Touch controls. With those solutions from the major vendors in the market, there wasn’t as much need for the Stem controllers, which were both more precise and more expensive.

To survive, Rubin started focusing on health care solutions, mobile devices, and the enterprise. It spun out a VR building application, and then it cut the deal with Penumbra. 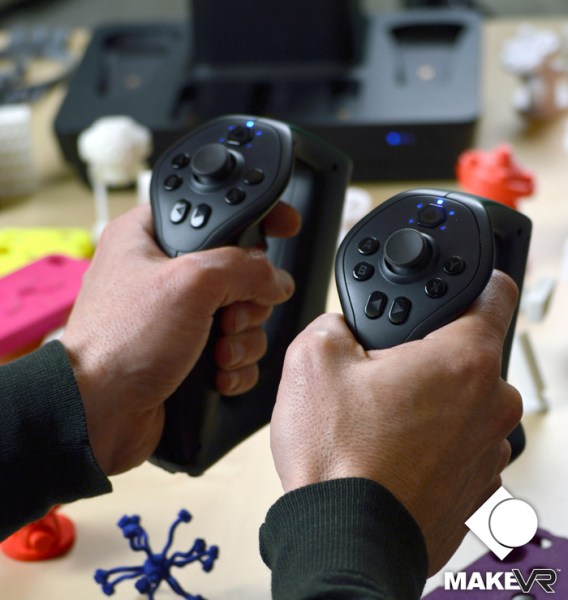 “With enterprise, we were able to be comfortable as a company and continue to develop our technology,” Rubin said. “Penumbra is one of the most committed companies in the VR health care market.”

Rubin said he was down on the VR market’s potential until about three months ago, when the music-and-swordfighting game Beat Saber debuted and generated millions of sales on VR headsets. He was also impressed with Facebook’s Oculus Quest wireless VR headset.

“We feel the market has what it needs as its first real consumer product,” Rubin said. “We will take our technology to the enterprise and health care.”

Eventually, he said that the consumer market will develop further and require the more precise technology in the Stem controllers. And when that happens, Sixense hopes to be ready with a solution that works across platforms. But for now, the company will postpone any investment in the consumer market.

Sixense shipped a small number of prototypes to large backers, but it did not ship any production units for the Stem controllers. Sixense will pay the backers using a Paypal refund process.

Rubin said he sees the deal with Penumbra as a good one for the company and the industry, as it gives Sixense enough cash to develop its future products. The company has 31 employees in Los Gatos, San Francisco, and Israel, and it continues to hire, Rubin said.

“We are taking a step back,” Rubin said. “We ignited a fire. We are going back to R&D. Some years from now, we’ll be back.”

The enterprise market includes training applications, and Rubin also believes education will be a good market. As an example, the company is working on an application to teach workers how to weld properly.

Regarding the backers, Rubin said, “It’s an important thing for me personally. The message is every single of them needs to feel comfortable for taking full credit for the success we have today with 6DoF motion trackers in VR today.”