Is this latest addition to the Star Wars VR library worth your time? Find out in our Star Wars Pinball VR review!

Zen Studios designed one of VR’s best pinball games with Star Wars Pinball VR, taking the best of Star Wars and pinball and fusing them together in a surprisingly robust package. There’s a mode to suit all tastes, a detailed collector’s mode where you create your dream fan room, plus some incredible attention to detail in the tables. Best of all, it’s perfect for those with motion sensitivity. Even if you aren’t a Star Wars fan, it’s still worth checking out Star Wars Pinball VR if only for the immersion and heaps of pinball on offer.

Star Wars Pinball VR is divided into three main modes. Arcade is your straight-up classic pinball experience, while Classic mode adds a Star Wars twist with Force Powers and other elements that elevate it from being just a pinball game. Force Powers let you control the table in different ways, triggering multipliers, for example, or slowing time to aim for better shots. Classic mode is where you’ll get to delve into all the cutscenes, minigames, and events Zen Studios loaded each table with.

Then there’s Career mode, which packages together a surprisingly hefty set of missions. These span the game’s eight tables and task you with completing them in a set — usually short — period of time. Most of the early ones revolve around getting a certain high score, and aside from a sense of accomplishment, you’re also rewarded with fragments used to unlock and upgrade Force Power.

Career mode is a fantastic inclusion that understands different types of people will be playing and wants to make sure they can still enjoy it. Much as I’d love to spend hours playing VR pinball and seeing every scene on each table, time just doesn’t always permit.  Five-minute sessions here and there are just enough to sample a table’s delights without feeling like you’re missing out on too much, and if you have more time to spend, that’s great too. Classic mode awaits.

And there are plenty of delights to sample. Star Wars Pinball VR has a whopping eight tables to play on: three from the original trilogy, a Mandalorian table, Rebels, Masters of the Force, a Classics table, and then a Rogue One table. The prequel trilogy and Disney trilogy are nowhere in sight. Maybe Zen Studios wanted to keep this a fan-focused experience or perhaps they’re planned as DLC, but either way, the variety makes it hard to focus on what’s missing.

Your mileage might vary, but there’s really not a dud table among the bunch. Each sports a unique layout built around several references from the associated Star Wars film or show. The Return of the Jedi table, for example, has Jabba’s palace, the bunkers of Endor, hangers for Rebel and Imperial ships, and that’s just scratching the surface.

You can play each table from a top-down perspective, as if you’re standing at a normal pinball machine, or in immersion mode, which is, frankly, amazing. Immersion mode gives you three angles to view the table, and they’re all positioned behind and slightly above the main flippers. You might miss out on a few visual elements from the models at higher elevations, but immersion mode is the best way to see just how much care and attention Zen Studios lavished on each table.

Admittedly, it’s a bit more difficult than expected to identify which areas relate to what. Some of the lanes aren’t marked clearly, or if they are, the writing is rather small. The board at the table’s far end is supposed to have a grainy retro look. However, that sometimes works against you when you’re straining to make out what the event requirement is while your ball drops down into the Sarlacc Pit in the process.

Another issue is the sound bytes, which wear thin quickly on certain tables. Hearing Han say “jackpot” once is cool. Hearing him say it 35 times in a row when the ball is trapped in a bumper field is decidedly less entertaining.

Still, the extra interactive elements more than make up for slight annoyances. Some events have new figures walk onto the table while scenes unfold or ships fly above the playing field. Others are more involved minigames where you control a character, such as The Mandalorian’s bounty hunter, and the pinball field simultaneously. There’s just a staggering amount to do and see on each table.

Menu hubs in most games are functional, there only to get you where you actually want to go. Not so with the Fan Cave. I often don’t bother with collectibles in games, especially when they exist just to look at in a menu, but the Fan Cave adds some light decorating that makes engaging with your ever-expanding collection worthwhile.

The Cave has several shelves, including a rotating one in the middle of the room, some pedestals for larger figures, and a handful of poster frames. In a very true-to-life twist, there are far more collectibles you’ll obtain than you have room to display.

I may or may not have spent an equal amount of time organizing my collection as I did playing pinball, but that aside, it’s a refreshing break from pinball marathons and a surprisingly rewarding one. Waltzing past a Darth Vader statue to gaze at the AT-ST in the backyard, then sauntering by a collection of Rebel and Stormtrooper helmets to get to the pinball table is much more satisfying than it has any right to be.

The waltzing and sauntering are just metaphors, though. Star Wars VR has almost no movement, even in immersion mode, and it’s ideal for VR newcomers or those with motion sensitivity. The same applies to immersion mode, which makes the most out of VR’s sense of, well… immersion, without any of the less pleasant side effects. Naturally, that means there aren’t any comfort settings to fiddle with, which is a shame in one respect: menus.

The Force Powers and information menus are essentially ultra-wide, which makes reading the text rather more awkward than expected. It’s most noticeable with the information menus since you need to read them for each table to get a better idea of how they work and what the scenes require.

Star Wars Pinball VR is easily the best VR pinball game around and probably one of the best Star Wars VR games as well. It’s evidently designed with fans in mind, but unless you just can’t stand Star Wars, the pinball itself and the sheer amount of ways to enjoy it makes the game more than worth your while.

For more on how we arrived at this score, read our review guidelines. What did you make of our Star Wars Pinball VR review? Let us know in the comments below! 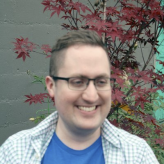