How Teachers In Poland Used Half-Life: Alyx And VR For Remote Teaching During A Global Pandemic

School corridors are mostly absent of life these days with classrooms left vacant. Playgrounds are deserted — only abandoned swings swaying eerily in the breeze. Everything has an almost dystopian feel; it’s almost like a Half-Life game.

[UploadVR regularly commissions freelance writers to review products, write stories, interview subjects, and contribute op-ed pieces to the site. This article is a feature piece from an experienced journalist unaffiliated with UploadVR.]

I’m watching a video from Szkoła 33, a high school in the city of Poznań, western Poland. The camera tracks through the school, taking in rows of empty tables, discarded toys, and unused equipment. Eventually, it fades out to a teacher, who welcomes the children to the lesson.

Then the footage cuts away completely, and Half-Life: Alyx begins.

Dystopia might be correct – but in fact, the game was used by Szkoła 33 to conduct lessons for children in lockdown. A total of six VR sessions in Half-Life: Alyx were made by the school to teach various subjects, with many of the videos lasting over two hours. The lessons combined live and pre-recorded material, and were uploaded to Facebook, Twitch, and YouTube

“We decided to use VR in lessons because it seemed like a good opportunity to try something new and to engage our students in online classes,” explains Katarzyna Sut, English and Spanish teacher, and webpage administrator.

“The pandemic had just started back then, the schools were closed, and we wanted to interest our students in the classes somehow. We also hoped that it would help them with the uncomfortable situation everyone found themselves in – those first few weeks were not easy for kids, being on lockdown in their homes and not able to roam freely.”

Poland went into an early lockdown in an attempt to mitigate the spread of the virus, with schools closing on March 11th, 2020. Online learning was made compulsory on March 25th.

A mere five days later came Szkoła 33’s first foray into VR lessons, with the teachers keen to combine educational material with entertainment value as a way to try and keep children amused at home. Still, the lessons took a lot of work behind the scenes.

“A VR studio actually came to our school,” recalls Sut. “They made the magic happen right in our classes!”

The teachers cooperated with local media company OFFshot to make the Half-Life: Alyx VR classes. OFFshot had been previously working with the school on promotional videos for recruitment, but after hearing about other innovative uses for VR, they realized it could be used for livestream lessons too.

“VR is the future of creation,” believes OFFshot’s Adrian Michalski. “Projects like ours show that VR can be introduced more widely into universal teaching.”

Equipped with an HTC VIVE Pro and three cameras, the school recorded languages, math, and science lessons, with the teachers using pens inside the game to draw diagrams, as well as teaching children vocabulary in a virtual kitchen.

It’s a bit shaky at first: Michalski explains that the teachers had never used VR before, and only trained for half an hour before the lessons were filmed – but they mainly go off without a hitch.

The debut, on March 30th, was an English class. We see the teacher explore the space curiously: she comments on the weather, explains what she (and the viewers) can see, stops to pick up objects. It’s just as the game should be played, but with a twist.

“Here’s a mug,” she muses. “I was drinking a coffee this morning.”

Then – and heedlessly ignoring an incoming call from Eli Vance – she turns to some markers, and begins to scribble some English vocabulary onto the windows.

There’s an experimental feel to the videos, and a small picture-in-picture in the corner of the screen shows exactly what’s happening in the real world: the teacher – clad in a VR headset – tiptoeing around and drawing into the empty space of the real-life classroom.

“This was a nice touch,” adds Sut. “This way the kids could see something familiar from their usual days.”

And according to her, the move to VR teaching certainly seemed to pay off.

“We believe the students liked them,” she says. “From younger kids to teenagers, we have seen all of the age groups of our school gather together on Facebook to watch them. Going by the emojis they shared and reacted with, as well as the comments, they enjoyed them very much.”

“We also hope they got something out of them, knowledge-wise, but as to this, time will tell!” she jokes.

Michalski agrees that the VR lessons showed a lot of promise.

“The number of positive comments surprised us. People wrote to us: ‘I have been to school for a long time ago, but I watched all maths lessons and I am waiting for the next ones,’ or “I watched the whole lesson with the children. Thank you!’

“VR in schools has great potential.”

News of Szkoła 33’s adaptation to lockdown learning spread across Polish media, and its popularity has also changed the way the school is thinking about future lessons.

“We do have plans for future classes made using VR, but their amount and the number of students involved will depend on the pandemic situation after the summer holidays,” explains Sut. “We hope to be back at school in September, and if it all works out, we plan to have regular classes, at school, using the VR technology. Preferably, all kids will be able to take such a class at least once a week, but that depends on the situation around us, too.”

If the VR lessons can go ahead in future, they will be used in classrooms and online, teaching content across the school curriculum. For younger children, says Sut, VR provides an interesting alternative to mainstream education. For older students, it opens up even more possibilities.

“We can use VR to take them on virtual tours to another country, to another planet – the sky is the limit here,” she gushes. “The cognitive process becomes more natural, as opposed to just reading about things in books.

“VR looks very promising. We are very optimistic about it right now.” 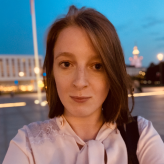 Juliette Bretan is a journalist, researcher and student, mostly writing on Poland and CEE, with a focus on politics, current affairs, society, environment, and culture.