25 Years Later After The Crash, Web and VR Are Finally Converging For Real

Twenty five years after the first consumer VR crash, virtual reality is poised to upend human-computer interaction, the Internet has disrupted every facet of life as we knew it back then, and the two are now on a collision course. The Metaverse that we’ve all been dreaming about for decades — that shared vision of everybody connected and communicating in a web of virtual reality— is upon us.

Twice before, the industry attempted to consummate this chemical wedding… and twice now, somebody ran from the altar. Well, this time, the bride and groom are pure of heart and truly ready. The confluence of cheap VR hardware, accessible 3D development, and ubiquitous networking has set the stage for an explosion of VR content, delivered over the World Wide Web.

Why has it taken so long? And why is it happening now? I’ll tell you. But first, a little history.

The Best of Intentions

The notion of combining VR and the Web is hardly new. Tim Berners-Lee put out a request for proposals way back at the first-ever World Wide Web conference in 1994. Mark Pesce and I answered the call; the result was our problem child, VRML.

VRML was designed as a universal language for authoring 3D applications on the web, the first piece of a technology stack intended to bring Neal Stephenson’s vision of the Metaverse to life. After we made 3D rendering universal, we figured we would tackle multi-player networking and then, finally, when a new generation of VR hardware was ready, we’d connect it all together — with the assumption that these other pieces were right around the corner.

VRML was built on then-state-of-the-art tech: an open, scalable 3D infrastructure allowing anyone to create and share, with the burgeoning Internet as its backbone. We created VRML out in the open, didn’t patent anything, and gave everything away in the hope of starting an explosion of 3D creation online.

VRML captured the imagination of the fledgling Web industry. Software leaders Netscape, Microsoft and Adobe hooked up with hardware titans like Silicon Graphics, Sun, Intel, Apple and IBM to build our collective 3D future. Though a few had knives under the table, most of the big guys did their best to cooperate on standards. We created killer demo showcases. The hype train, powered by SGI’s marketing machine, kicked into high gear. Startup fortunes were made.

But there was a problem: we didn’t have a market. The processing power and bandwidth required for quality 3D weren’t in the average home. Most people with PCs didn’t even have a Web browser yet. VRML was a noble experiment, conceived with the best of intentions, that ultimately came up short. Wrong place; wrong time.

In the 2000’s, virtual worlds like Second Life promised us the Metaverse all over again via real-time, user-generated 3D social environments, running on a new generation of cheap high-performance PCs. Second Life was, for its time, a damn good experience, much better than anything ever built in VRML.

By 2007, Second Life was at the center of its own hype bubble, hitting the cover of Business Week with the promise of a new way to play and communicate, and even make money by selling each other virtual stuff. SL gave rise to well-funded copycat startups, including one that I founded. But by 2010, most of the virtual worlds companies from that period were gone. Second Life was the sole exception, having built a solid business, though not a large one by Internet standards.

So why did the category fail?

Partly, it was because of the lack of scalability inherent in such a closed system. While VRML approached the Metaverse bottoms-up, via an open infrastructure and industry cooperation, these virtual worlds systems went at it top-down, delivering highly structured and stylized experiences, via AOL-style walled garden networks. The products provided powerful authoring for users to create their own content — but each company owned its own full stack, from client to tool to server. Without an open ecosystem it is really hard to achieve Web scale, and it’s all on the shoulders of one company to deliver continual value and growth.

Second Life and its ilk may have also floundered because open-ended worlds are inherently limited in what they have to offer compared to their achievement-oriented, MMOG cousins like Warcraft and League of Legends. It takes a lot of commitment to build a Second Life, and for many, it’s apparently not worth it, because there isn’t a big reward at the end.

But mostly, I think virtual world growth stalled because it got sideswiped by something bigger. Social networks provided 80 percent of the bang for way less effort, and ran everywhere, without needing to install custom software. Why go to the trouble of buying a gaming PC, installing a fat software package, and learning how to build 3D worlds, when you can instead sign into Farmville with a click using your Facebook ID, and grow virtual soybeans on your shiny silver Macbook?

Move along; this is not the Metaverse you’re looking for.

An Idea Whose Time Has Come

Half a decade after the virtual worlds bubble burst, everything has changed. Today’s smartphones have way more 3D power than the workstations that originally ran VRML; everybody is connected on fast networks; and affordable consumer VR hardware is blowing up. If now isn’t Metaverse time, I don’t know when is.

A significant development got buried in the noise around the resurgence of consumer VR. 3D is on the Web to stay, with the advent of WebGL. WebGL makes it possible to deliver hardware-accelerated 3D in a browser, programmed in JavaScript and accessible to everyone — with no additional download. WebGL runs on all desktop computers and modern smartphones. At 3 billion seats and counting, it’s ubiquitous.

But thus far, with a few exceptions WebGL has been an optional add-on to commercial sites. In the end, the results are still rendered on a flat desktop or mobile screen — granted, with more speed and sizzle, but still part of a 2D experience. Well, with a stereoscopic VR or AR display, that’s not an option:you must render in 3D. So if you want to create a Web-based application for VR, you really have no choice but to use WebGL.

Now, if you’re reading this, I am just going to assume that I don’t need to convince you why people want to create VR for the Web. To me, the idea that there won’t be VR applications built on Web tech, based on Web content, well… that’s just absurd. It’s just as absurd as someone in 2007 predicting that smartphones wouldn’t deliver Web content, and mobile apps wouldn’t someday be mostly based on HTML. Well, in 2016 they do, and they are.

Market factors will force the industry’s hand on this. The desire for cheaper, easier ways to produce, deploy and deliver VR is there: not everyone can master a game engine, and labor through the deployment and maintenance process that comes with app packaging and app store distribution. And for consumers, the long tail of applications demands an open system without the friction of app store discovery, download and installation. The makers of VR hardware used the mobile app store model as the starting point to the get the industry kick-started, but surely this is just a transient stage on the way to a fully connected Metaverse.

The technology underpinnings are now in place. In addition to WebGL, we have WebVR, a new set of VR browser APIs in development since the ink was drying on the Facebook/Oculus acquisition. We also have glTF, the new portable 3D file format that is like JPEG, but for 3D. Add to these myriad JavaScript libraries for creating VR, and the Electron framework for building native apps in HTML5, and the sky is the limit. These pieces are the kindling for a wildfire; all it’s going to take are a few simple tools and killer apps to set it off.

Which tools and killer apps? We don’t know… and we don’t care. The Metaverse may have been imagined in fiction as the product of a singular vision, a Grand Architect of the Universe mapping out how, when, why and where people will be interacting socially in VR. But that’s not how it will actually get built. The Metaverse is going to be a messy, out-of-control affair, with multiple entry points, and a face and shape that we can’t yet imagine. What we do know is that it will be comprised of a billion plus people using VR systems connected via the Web. That’s all we know. And that is enough.

Don’t take my word for any of this. Google and Mozilla are leading the way by implementing VR-enabled browsers, but you will be hearing shortly from others that are going to spearhead the effort with market applications, enabling platforms and distribution networks. The dynamics I have described here aren’t just based on two decades of my own hit-or-miss insights; they are rooted in real market pain points, developer desires, and stated strategy from big industry players.

I guess third time really is the charm.

Editor’s Note: This post originally appeared on Medium, reprinted here with permission from the author. Tony Parisi is also an adviser to Upload. 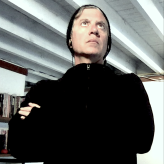