Virtual Reality Creates a Haven for the Surrealist Art Movement

Surrealism was a divisive philosophical movement, largely rooted in the arts. It was counter-culture and divisive in nature — even surrealists couldn’t agree on exactly what it meant to be a surrealist. A rift sprang up, and two prominent rival groups emerged in the 1920s, not even a decade after the movement’s birth.

Initially, surrealism was manifested in writing through a device commonly referred to as “automatic writing,” which, theoretically, allowed the subconscious mind to express itself unhindered. It was believed that a similar process wouldn’t be possible for the visual arts.

Before long, though, surrealists did manage to develop something called “automatic drawing.” The first acceptance of this as genuine surrealist work occurred in 1923 when Andre Masson created a series of work that was seen to adequately represent the unconscious mind.

Even among the constantly bickering community of surrealists, this was finally considered a viable means of expression.

Generally speaking, there are some things that surrealists can tend to agree on: namely, that surrealist art is characterized by surprising juxtapositions and non-sequitur. They also tend to be dream-like in nature. While these elements of surrealism are certainly present in other mediums, surrealism itself has significantly waned in the last 30 years.

With the dawn of VR upon us, this scarcity of surrealism could very well change as the new medium affords new opportunities for both the creation and the appreciation of surrealist works

Chances are, it’s been a hot minute since you’ve gone to a gallery or stared rapt in contemplation over a piece of art. That’s okay, that’s the state of affairs in 2016. No judgement. But if you were in a virtual reality environment, I imagine things might be different.

VR is engaging and users feel a sense of presence that they just haven’t been getting from film or video games. A simple gallery of animated dioramas, in fact, could be enough to help someone appreciate art.

This seems to be the goal in the case of Tale of Tale’s upcoming title, Cathedral-in-the-Clouds where their stated goal is to create a place of contemplation. To that end, they’ve created a Cathedral full of dioramas that contain “life size” figures. Because of the way the experience is designed, the user has to move their head to take in the art, piece by piece. This forces an attention to detail.

Attention, as a concept, is another reason VR might be a haven for art: it commands attention. VR is intrinsically solitary. People can’t live-tweet their experience (yet) and they can’t pull out their phone to take snapshots. The primary sensory experience of the medium is a visual one, after all. I can only imagine the way a surrealist piece of art might capture a user if this avenue is explored more fully.

To an extent, some surrealist works are already starting to arise. Dreams of Dali is a 3D rendering of the famous surrealist Salvador Dali’s painting, Archaeological Reminiscence of Millet’s “Angelus.”

The painting itself, at first glance, depicts a couple bowing their heads. But for Dali, it contains layers upon layers of meaning —contemplations from subconscious thought and dreaming.

VR, offering the presence that it does, seems to lend more substance to objects rendered in the virtual space. That being the case, a user might be more inclined to explore the potential meaning, or even devise a personal meaning, as they are granted the ability to explore its nooks and crannies in a 3D environment.

Or maybe they’ll still see merely two figures, bowing their heads. Either way, the odds that they’ll engage longer and more thoroughly with the imagery seem to be better in VR, even if it’s just for novelty’s sake at first. Virtual Reality is inviting in that way.

Take, as another example, the illogical depiction of gravity in M.C Escher’s famous painting, Relativity. While not technically a surrealist work, there are definitely surreal elements to it, and these would only be magnified in VR. The painting itself shows a physically impossible world where beings are able to walk on stairs of various orientations because gravity affects each one of them differently. Sometimes, they are capable of using the same stairwell as another. Other times, they would fall off where another could walk.

The painting is so ubiquitous, that chances are that you’ve seen it. I would also imagine that a lot of its details escape you. Again, this is okay. But imagine you were in this room in a virtual reality environment, powered by (and this is absolutely true) technology so profoundly capable of fooling your brain that it actually creates place and grid cells in your neurological structure, effectively rendering a cognitive map of your surroundings for future use.

If you looked around and saw all these different staircases, would you not be compelled to explore them? What if it was a multiplayer experience where gravity affected each user differently? Would you be more inclined to appreciate its artistic value? Would you think about the painting even after you’ve left the virtual world? I would, and the more surreal the experience, the greater the chances that the art will linger with me once I’m done.

Non-Euclidean geometry is another potential boon to surrealists in Virtual Reality. It’s impossible in most mediums, but video games have already explored it to an extent. Games like Stanley’s Parable and Antichamber allow players to explore illogical architecture that changes around them. Halls can continue infinitely as new structures are built behind you, just as if they were always present.

This aspect of those games is arguably the most engaging and, if employed in VR, offers another channel for surrealists to explore meaning that is simply not possible, or not as effective, elsewhere. It certainly plays to the dream-like nature that they’re going for, anyway.

Virtual Reality as a Canvas

I mentioned before the surrealist technique known as automatic drawing that is supposed to allow an artist to bring ideas forward, unfiltered, from his subconscious without the bias and associations of normal, waking thought. Google’s new software, Tilt Brush, could be astonishing in its efficacy regarding automatic drawing— it seems to facilitate imagination and easy expression.

Tilt Brush offers a high degree of finesse and as you can see in the trailer, there are a variety of tools available to artists. For example, a brush that can be used on a 3D plane with a wealth of options, like flickering lines or various transparency settings, opens up a new kind of approach to creation.

Once an artist is familiar with the tools available, they can create things as it occurs to them. It will also be one of the first times that an artist will be able to have a 3D canvas that they are, more or less, standing within.

It might be a challenge, or it could be liberating. Even the very act of creating is altered, and the presence granted to the artist where they can be within their art as they create it in real time is rife with potential. They will be aware of what is above them, behind them, and the brush itself grants them extension into the world which should allow for an even greater sense of existing inside the art —within the VR environment, they will be omnipotent creators.

Once Tilt Brush becomes more widely used, surrealists should be able to intuit their way through a painting once the technology becomes second nature to them. It is not unlikely that we will see new types of creative thinking that fit well within the realm of surrealism once this technology takes off.

All Art Could Benefit

Art has been commercialized and undervalued as time has gone on. At the risk of sounding like a snob, even film has suffered to a degree, and it is rare that much artistic merit makes it into the mainstream. This is because studio’s need to decide what is worth investing their money in — they have obligations to uphold for their stockholders.

VR, in its current state, is an exciting new medium. To thrive, it will need a surge of DIY and indie creators in its earliest days to justify the high cost of entry attached to the hardware. People will be hungry for experiences, and will seek these out through a variety of download channels. Before things get too saturated, creators may not need the exposure granted by big publishers for users to find them. As such, now is a good time for artists of all types to experiment and explore: discover how to capture the imagination of this brand new market.

And if the surrealists and the abstract artists come back, well, then all the better. If we’re lucky, people will find a new appreciation for art and their experiences will stay with them after they unplug. If we’re lucky, critical thought, free association, and the exploration of meaning will be trendy again so snobs like me don’t have to be self-conscious and apologetic when we talk about this sort of thing.

Article contributed by Benjamin Maltbie. Benjamin is a freelance writer with work featured in prominent media outlets such as Playboy and PC Gamer. You can follow him on Twitter: @BenjaminMaltbie. 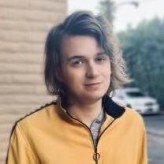