Virtuix tried to get home consumers to use its Omni virtual reality treadmill in years past, without much success. Now the company is targeting its treadmill tech for esports VR contests in VR arcades in a partnership with Funovation.

Back in 2014, the company raised millions in funding on Kickstarter and from investors for its $500 treadmill. But the market for consumer VR took off slowly, and Virtuix switched over to location-based entertainment.

All of the 18 games are designed to take advantage of Virtuix’s Omni, allowing you to maneuver in a 360-degree virtual environment by moving your legs, without actually moving in real life, because your feet are standing on an omni-directional treadmill.

VR Arena will give players a chance to win in ongoing weekly and monthly prize contests with an annual prize pool of $50,000. 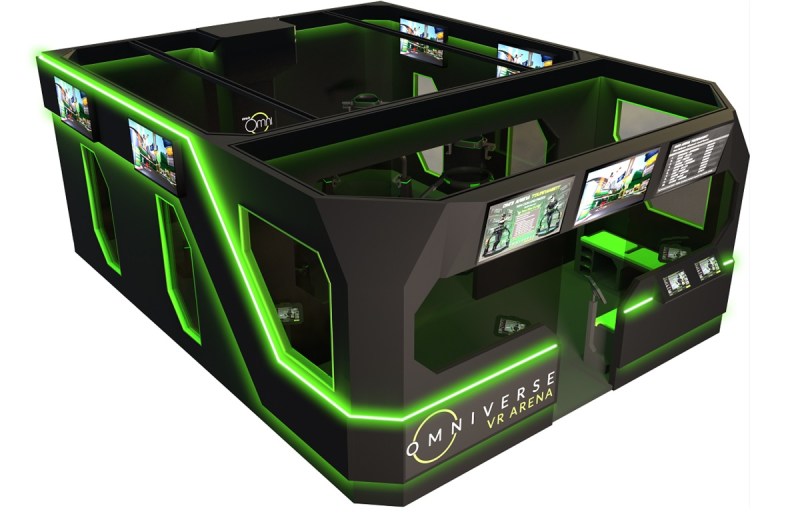 Above: Virtuix and Funovation are targeting VR arcades.

“We’ve been organizing esports tournaments since 2016, and we’ve learned that competitive gaming boosts revenues,” says Jan Goetgeluk, CEO of Virtuix, in a statement. “Ongoing prize contests result in repeat play by guests and build a community of frequent and loyal players. Our VR ARENA attraction is exciting to both elite gamers and casual players. It’s incredibly fun to run around inside your favorite game, and everyone has a chance to win.”

VR Arena uses the Omni 2.0 motion platform, which has been improved and optimized specifically for out-of-home esports. The attraction has a compact footprint of 375 square feet.

“VR Arena incorporates two years of customer feedback,” continues Goetgeluk. “We’ve listened to the concerns of our existing customers, particularly regarding the Omni’s player setup time and labor needs, and we’ve worked hard to address them. VR Arena benefits from the maturity of the Omni, which is now a tested and proven technology. To date, we’ve shipped more than 3,000 Omni systems to over 500 entertainment venues in 45 countries, resulting in more than 500,000 Omni play sessions.”

“VR Arena combines the compact footprint of tethered VR attractions with the full immersion of free-roam VR, while being a lot more affordable,” said Ryan Borton, CEO of Funovation, in a statement. “We’re especially excited about increasing repeat play through esports, which is the next horizon in location-based family entertainment. Paired with Virtuix’s ongoing sponsored contests and large selection of VR games, this attraction will appeal to a wide range of guests. We’re not settling for just a VR shooting gallery.”

Virtuix and Funovation are launching VR Arena with a “show special” discount at IAAPA 2018 in Orlando from November 13 to 16. Qualified buyers can own the VR Arena attraction for as little as $1,790 per month. Based in Colorado, Funovation has attractions installed in 350 locations in 29 countries.