Virtual reality is poised to hit the consumer market in 2016 with the release of HTC Vive, Oculus Rift (CV1), and PSVR. But the hurdle of the most anticipated HDMs not yet being released did not stop Allen Lee, CEO of Battletimes Co., from hosting the world’s first virtual reality eSports competition: World Virtual Reality Arena 2015.

Like many VR early adopters, Lee’s background is in gaming. He started playing them as a young child and eventually worked in the gaming industry. Lee started his own research group, War of Flame Game, to develop games and was acquired for 14,000,000 RMB (approx.. 2.1M USD). Soon after he started his second gaming company, King Kong Games, he was completely hooked on new gaming technology. It wasn’t long before he found Oculus’ Kickstarter page, and once he received the SDK and tried VR for the first time that was everything. Lee left the gaming industry and threw all his cards into VR.

Before starting Battletimes Co. Lee helped get AntVR, a Chinese virtual reality hardware company, off the ground and running as their Chief Strategy Officer. Lee is a strong advocate for collaboration among the VR industry and wanted to help bring up as many aspects of the industry as possible. He even said, “collaboration is important in early markets, you have to fight together like brothers to move it forward.”

Lee’s dream for VR went beyond helping VR startups in China succeed, he wanted to help create the foundation of a successful ecosystem and change the way the world viewed VR. This led him to start Battletimes, a company who is looking to create an international VR sports league.

Battletimes invited 100 teams, each consisting of three players, to compete for the World Virtual Reality Arena champion title playing Virtual Warfare, a first-person shooter game. The teams were selected from the top VR clubs in China and several foreign countries (two teams from the United States, two teams from Canada, and two teams from various locations in Europe) were invited to compete. Matches were set and players had access to a private server hosted by Beijing Battletimes. Of these 100 teams, Team Shanghai, Team Beijing, Team Hang Zhou, and Team Estonia made it to Shanghai, China to compete in the Championship on New Years Eve.

The game had a fairly simple objective—shoot the enemy. Each team spawned on opposite sides of the map, which was rather linear, with the goal of getting as many kills as possible in 5-minute rounds. It should be noted that Virtual Warfare did not support positional tracking. Each team was provided with three AntVR HMDs and three Mag P90s (gun controllers) as well as PCs capable of running VR. Every now and then the controllers had issues, but there were no major issues with the headsets.

Peeter Nieler (CEO of Criffin Technologies), 34, from team Estonia mentioned that the coupling of the controller and headset was probably the most difficult thing to get used to because unlike traditional PC gameplay, in VR players are able to fire while looking around for enemies. Nieler acknowledged, “although the game was not a triple AAA game, it was playable and it was fun.” However, when asked about the best part of competition his teammate, Zoova, pushed that,  “games are the most fun when you can play as a unified team… playing with friends is key because random people can just throw you off.”

Overall, watching the players play was actually entertaining. It was interesting observing teams strategize between matches and communicate during gameplay. The efforts behind making a VR eSports competition happen on an international scale is an incredible accomplishment considering how early the industry is. Over 300 gamers, many who have never used VR, from around the world were provided with the necessary hardware to participate. Although the attendance at the championship was much smaller than a traditional PC gaming competition, it was very clear that VR as an eSports event would not only help bring it to the masses. It is a social platform that will change the way games are played forever.

So why have the competition if the most anticipated consumer headsets haven’t been released? According to Lee, Battletimes CEO, “there are doers and there are followers, and I have no intention of being a follower … I wanted to start this because I believe it is the future.”

If anything, it is clear that the Battletimes’s WVA competition is a testament of the Chinese VR community’s desire to advance VR and educate as many people as possible as the industry immerges. Battletimes is supported by key VR players in the Chinese industry: Baofeng Mojing (China’s largest mobile headset company), AntVR (China’s equivalent to Oculus), Deepoon, and 3glasses, as well as the Chinese gaming giants: Tencent, Baidu, JGYOU, and 360 Game. Not only does WVA help move VR forward, but it also brings a lot of culture to the Chinese VR industry. The event had a level panache and polish, with Chinese TV stars as spokespeople, Chinese dance groups, and even a popular K-Pop group performing.

It has never been any secret that gaming would bring VR mainstream, but VR eSports will change the way the public looks at gaming and VR. Although this WVA competition was only for a first person shooter game, Lee looks to bring in other gaming VR genres such as racing into WVA 2016. In addition with the release of consumer headsets in 2016, Lee has every intention of making WVA 2016 a competition with positional tracking– Battletimes has even started talks with HTC about partnering, but plan on offering all headsets to players including the CV1. Perhaps the most exciting thing is that history was made and Battletimes laid the foundation for a new era in VR. 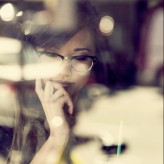