VR Rising: 5 Trends to Watch As The Industry Grows In 2017

With new hardware releases from Google, HTC, and PlayStation, the runaway success of augmented reality megahit Pokémon GO, and the early buzz of Snap’s Spectacles all filling our newsfeeds in 2016, you’d think mainstream adoption of virtual and augmented reality was right around the corner. But when it comes to building best-in-class experiences—and amassing the mainstream audience needed for those experiences to thrive—the industry is still learning how to crawl. So last month, when I sat down with some of the brightest minds in the world of VR at the Uncharted Minds Thought Leadership Series, we aimed to get to the heart of where virtual reality stands today and chart tomorrow’s greatest opportunities.

“The first companies who are going to make a lot of money in VR are almost all going to be gaming companies,” says Amitt Mahajan, founder and managing partner of Presence Capital. And the reason, according to Tony Parisi, head of VR and AR strategy at Unity, is simple. “You need a really good, new computer to run this stuff. And the gaming computer upgrade cycle is really going to drive that. Gamers buy hardware first. They’re going to go out and get the sickest hardware and play the best games and really dive into VR.” Mahajan added, “From an investor and developer standpoint, we’re already seeing that growth, with some of the launch titles for Oculus and the Vive doing tens of millions of dollars of business.”

Breaking through in China with VR arcades

“With the amount of real estate development happening in China, they need to find a way to monetize the mall spaces being created. VR is just a natural fit; it’s a new, exciting thing that everyone’s latching onto there,” says Mahajan. “They’re overcoming the expensive computer problem by creating VR arcades, and the pay-to-play option is an ideal way for many people to try VR. Once they do, I think it’s just a matter of time before China ends up being the first major market for VR.” The recent announcement of HTC’s Viveport Arcade shows that the industry is taking notice and moving toward new business models for mass play.

Timoni West, principal designer for Unity Labs, says her team is thinking about self-expression and creation in VR in entirely new ways. “If VR is the new web, then a website is not going to be a website anymore. It’s going to be a world. How do we let people make worlds and experience these worlds and go to other people’s worlds? It’s a huge question. I don’t think anyone has the answers yet.” However, it’s clear a democratization of content creation must happen in order for this kind of world building to begin. She adds, “Getting anybody from small children to grandparents to be able to make worlds they can share and visit and interact with each other in will be key.”

Tony Parisi says the next generation will be poised for this kind of interactivity. “Right now my kid is doing 3D modeling, and it’s not because he wants to follow dad’s footsteps. It’s just what you do. You hear all these stories of three- and four-year-old kids who. . .you give them a print magazine [and] they’ll pinch it to zoom it, because they’re actually digital first. I think that will help immensely with adoption.”

A new reality in flight

VR has the potential to change the in-flight entertainment experience. “There are already companies trying to find ways to give you a VR headset rather than the junky little screen on the back of the seat in front of you,” Mahajan explains. “Imagine you’re on a five-hour flight. Rather than staring at that screen, you put on a VR headset, and you’re in a movie theater watching the same movie. That would be an incredible experience. On the mobile VR side, I think this is an area where you’re going to find the earliest adoption.”

Experiments in the language of VR design

Because VR’s product cycle is still in its early stages, setting up the guardrails for best practices in VR user experience is crucial. Han Jin, CEO and founder of Lucid VR, is exploring greater sensory cues. “We have to experiment with coloring, with light, with sounds—utilizing where the sound is coming from to gain tension. The question we’re grappling with is [how] to create tension in the story to make a user feel like they need to focus on something. Especially in 360, because they could be looking anywhere and they could totally miss the entire story.”

Timoni West adds, “People are used to arranging things spatially, and with VR, they can really use technology to arrange things in a spatial way that feels natural to them. But I also think VR is a first step. . . .It won’t be the last step. I think AR, or what we think of as AR now, is much closer to what the future will be in 50 years. Just being able to walk around your home and have these visual-based triggers that remind you about your keys when you get near the door or having your life be more spatially arranged to the point where you don’t have to have a phone in your pocket. I think that is where the world starts to feel like it was designed for you—for the way humans think about it. That natural feeling you get from VR is just one step in that direction.”

VR’s path to mainstream success won’t happen overnight, but the road forward is a bright one marked with brilliant new experiences and opportunities for innovators and users alike. Thanks to Amitt, Tony, Timoni, and Han for their insights and openness. How do you envision VR taking shape in 2017 and beyond? Share your predictions in the comments. 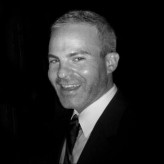 Rob Goodman is principal at OpenVerse, a marketing and storytelling firm. Rob’s ability to blend business sense with creative expertise defines his work as a marketing consultant, content strategist, and writer. Rob was most recently head of global marketing for digital publishing at Google, and previously led online marketing for Simon & Schuster and helped shape grassroots digital marketing at Sony Music. Today, he works with an array of startups and emerging technology companies to drive brand and content initiatives. Rob can often be found exploring the city's many music venues, illustrating band posters, running, or eating BBQ.