Jay Wright, president of Needham, Massachusetts-based Vuforia said that Vuforia 7 has something called “ground plane,” which enables developers to create planes that fit into the real world and help easily identify where in a scene an AR object can be placed. It enables those developers to create AR experiences much more easily than they did in the past, Wright said.

Vuforia 7 can take any given real-world scene and figure out where the ground or flat surfaces like tables are. It can also identify objects with much better accuracy than it did in the past. For instance, it can recognize a particular car model on the street. A developer can trigger an animation to play on top of that car in an augmented reality application. So when you look at a car with your smartphone camera or AR glasses, you may be able to find out details such as specs and price.

“We are like the glue that enables you to build an AR scene,” Wright said.

Vuforia is one of the leaders of augmented reality, with more than 475 million installs of Vuforia-powered AR apps on iOS and Google Play. Qualcomm incubated Vuforia and sold it to PTC, a $1.3 billion company, for $65 million in October 2015. More than 45,000 AR apps use Vuforia, and another 47,000 are in development.

While Apple and Google are providing their own AR platforms now, Vuforia’s pitch is that it makes AR development far easier, and it also enables developers to write a single AR app that will run on the most devices, including Apple and Android devices, Wright said. Since Vuforia 7 is accessible within the Unity game engine, developers can easily integrate it into their development workflow, Wright said.

“The confusion in the market comes from not knowing which devices AR will work on,” Wright said.

Above: Vuforia can place AR images on top of recognized objects.

Vuforia Fusion enables better AR experiences across a wide range of devices. It solves the problem of fragmentation in AR-enabling technologies, including cameras, sensors, chipsets, and software frameworks such as ARKit and ARCore. It senses the capabilities of the underlying device and fuses them with Vuforia features, allowing developers to rely on a single Vuforia API for an optimal AR experience. Vuforia Fusion will bring advanced Vuforia features to ARCore and ARKit-enabled devices, in addition to over 100 Android and iOS device models.

Vuforia Engine serves as a kind of “digital eye” inside an app that sees objects and surfaces where AR objects can be placed in a way that makes it seem realistic to a user. In Vuforia 7, the company is introducing Model Targets, a new feature for attaching content to objects that have not been recognizable using existing computer vision technology. 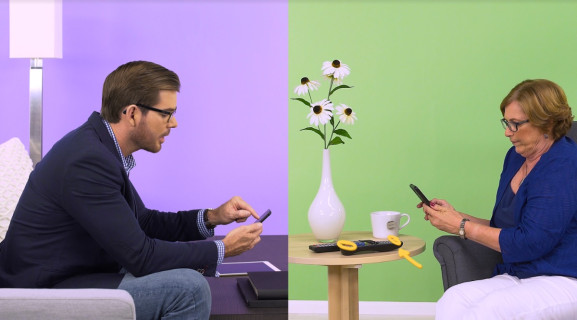 Model Targets recognize objects by shape, in contrast to existing methods that rely on detailed visual designs typically found on print media, product packaging, and many consumer goods. Content can be attached to objects such as automobiles, appliances, and industrial equipment and machinery. Model Targets will enable a new class of AR content that can replace traditional user manuals and technical service instructions.

“We have worked with Vuforia since the original launch of Tango and we are excited to continue our partnership with the launch of ARCore,” said Nathan Martz, product manager at Google, in a statement. “Vuforia will make it easy for developers to take advantage of ARCore in Vuforia features that developers are familiar with.”

Vuforia 7 will be available with support for ARKit in an upcoming Unity release. Vuforia Ground Plane will be included in Unity as part of a new free deployment option. Vuforia Engine SDKs are expected for Xcode, Android Studio, and Microsoft Visual Studio later this year. Support for ARCore is expected early next year.

Separately, Vuforia announced Vuforia Chalk, an augmented reality app that enables people to remotely communicate with each other and then use their fingers to mark something in the smartphone camera image, as if they were marking it up with chalk. The app enables people to train someone how to do something by pointing a smartphone camera at an object and then drawing a circle around what they are talking about.