New Zealand startup Zingoshi has launched a Kickstarter crowdfunding campaign to raise money for an augmented reality adventure game for girls. The Auckland-based company hopes to raise $60,000 in the next 30 days to fund the game, which is about 60 percent done.

Zingoshi is a pioneering video game for seven- to 12-year-old girls that guides them to “become creative, visionary leaders through fun, engaging content, and exciting technology.” The team is getting help from Megan Gaiser, creative strategist and portfolio development director, who was recently honored for her pioneering work in making the early Nancy Drew games for girls. Gaiser has helped us create GamesBeat Summit events for the past several years with sessions focused on diversity.

In addition to an adventure story and inspiring themes, the game integrates augmented reality to offer gameplay that takes the player off the screen to create Science, Technology, Engineering, the Arts and Mathematics (STEAM) activities in the real world. For instance, kids can create their own art like paper butterfly wings, scan them into the Zingoshi app on an iPad, and then use those wings in the game. 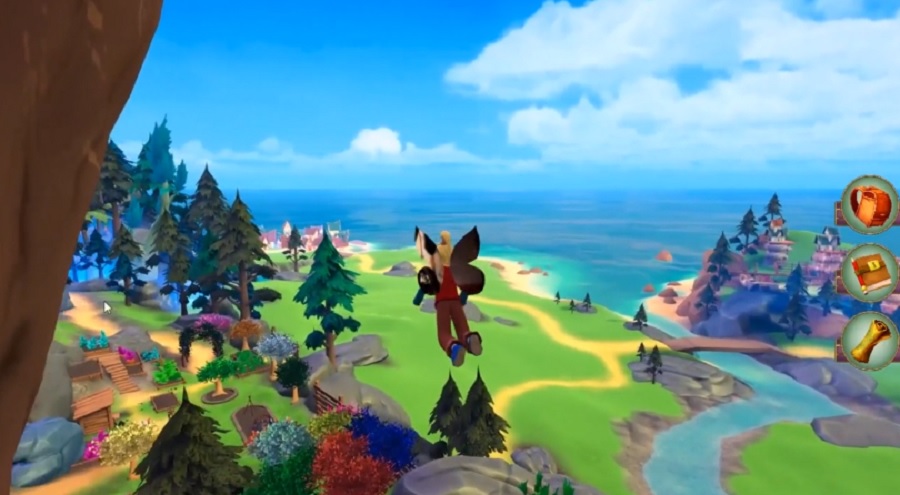 Above: Zingoshi has bright and colorful landscapes.

Cofounders Bridget Ellis-Pegler and Ronel Schodt grew up with great adventure stories like Pippi Longstocking, Bridge to Terabithia, and more. But when they became mothers, they noticed something.

“There was a real lack of good, wholesome and fun quality entertainment content for young girls”, said Schodt, in a statement. Added Ellis-Pegler, “We wanted to create an experience that would embolden girls to defy the conditioning that often leads to a lack of self-esteem; to lead with curiosity, creativity and courage, to become the best versions of themselves.”

They came up with Zingoshi. And they tapped Gaiser’s experience and found a shared desire to tell inspiring stories within a game experience, to give girls a taste of all of their talents and leadership potential.

“We know the time is right for Zingoshi to help redefine leadership culture for the 21st century. Who better to start with than our children? They will lead the way forward for us all, for generations to come,” Gaiser said.

The company has 10 employees and it received partial funding for the project from New Zealand investors, Gaiser said. Zingoshi is an example of a New Zealand company that gets its start in the region’s vibrant startup community and needs more capital to get to the global market. That’s the goal of a new venture fund dubbed Quidnet Ventures.