If you’ve played physically active games like Robo Recall or Echo Area in an enclosed space you’ve probably hit a wall or two. In my latest release, The Relentless (Oculus Home, Steam) , I wanted to promote fast movement and punching so I spent time trying to come up with some solutions. I wanted these solutions to blend with the game and if I’ve got things right you won’t really think about them.

I’m keen to keep improving my techniques, so if you try the game please let me know in the comments if you found the solutions useful or if you have any other ideas.

The following video demonstrates most of the topics covered in the article.

If you’re going to shut off your audio and visual senses to the real world, totally distract your mind and then start move moving around, you do it at your own risk. No chaperone system in VR can fully protect you at the moment.

Take your life in your own hands

We’re still going to go ahead and do it though, aren’t we. So, let’s try our best to improve the situation.

It’s possible to set chaperone systems to be displayed all the time. We don’t do it because they wreck immersion. They don’t fit the style of the game world and the lines show over objects they should be behind causing depth-fighting issues for your eyes – an uncomfortable sensation.

You’ll notice people doing the VR shuffle when they wear a headset. Understandably nervous about collisions or tripping, they take tiny steps, shuffling around the room, gingerly reaching out to interact with the virtual world. They may claim to be so immersed, but clearly they have a large part of their mind clinging to the real world.

If we represent the available physical play space in the game world, the player will be able to move around with more confidence. If they are not constantly worried about walking into the wall they will eventually become more relaxed, move more naturally and become more immersed.

In Dimensional I showed a simple grid on the floor that represented where it was safe to walk. The grid is based on the dimensions of the chaperone area you defined for your room. You could move the grid around via teleporting or slide it using FPS style controls. For The Relentless, I also added vertical holographic projections around the boundary. These fade as they rise because we don’t want to sacrifice immersion and feel like we’re standing in a cage.

An important point is that these visual representations need to have a reason to exist in the game world. They should fit the style and theme of the game and feel like they belong. Maybe it’s a shield that protects you or an air bubble that you couldn’t breath outside of, or rubber matting over an electrified floor.

The Relentless involves rapid movement so I needed more than a simple grid on the floor. You’ll find yourself standing on a platform high above a pool of water. The absence of a floor outside the safe area and the large drop makes it obvious not to step over. Newcomers to VR will be quite cautious close to the edges. Those of us with many hours in VR have become accustomed to heights, but still automatically respect the boundaries of the world. The high platform fits with the theme of my game. It’s supposed to be a hard challenge, so placing you on a dangerously high platform adds to that challenge.

Have you noticed the urge to step over virtual objects on the floor? Adding trip hazards along the boundary is another good technique. Even if you just see them in your peripheral vision, your brain reacts and they will help to get your attention and think about your movement.

The Relentless involves jumping and punching. This brings the risk of colliding with a ceiling fan or light fitting. To work around this I added a prop to the game. You can grab a virtual light protector and position it over the object that you want to protect. You now have a constant reminder of an area to avoid. Simple, but effective and something that could be taken further.

Punching is something that the default chaperone systems can’t deal with. There isn’t enough time to display the chaperone, have your brain register it and then stop the punch.

Unless the player is just throwing a tantrum, developers know what’s likely to be punched and when. In The Relentless you can punch missiles and mines.

Remember that I have vertical holographic projections around the boundary. These subtle lines fade out, but as a mine approaches and passes through the boundary the projections light up around the mine. You can now see if you are going to punch through the wall and stop short or wait until it comes a little closer.

Missiles move much faster than mines. In this case I light the boundary up when they are further away. You’ll often see the effect track along the boundary as they head for their entry point, giving ample forewarning.

Note that I’m only showing the appropriate parts of the boundary. Subtle effects like this are not jarring like the default chaperones, and it fits what’s happening in the game world.

We know the area the player can move and we know where the player is within that space. We can use this information when giving the player something to react to.

When sending a missile toward a player I first consider the player’s position. If sending a missile straight toward them may result in them punching the wall, I curve the missile’s path, making it go around the side where they have more room to extend their arm.

If the player is standing in a corner and I can’t get a suitable path for the missile, I send it in a high arc. This has the player punching more upward rather than straight at the wall.

This technique has to work in conjunction with the contextual warnings because the player’s position could change after the missile has been launched.

Keep interactive objects inside the boundary

If you make sure interactive objects are inside the boundary area, you know that players can comfortably reach them. I do this with energy spheres that you use to reload laser guns. They randomly move around your valid space and if you knock them through the chaperone they quickly move back inside.

Forcing player movement
Armed with the knowledge of where the player can safely move, you can force them around their room. This is one of the main features in The Relentless. Before firing a laser grid the code considers where the player is standing and where they can safely move to (not too far away from their current position). I plan to use this in more subtle ways in future games and experiences, manipulating the player into suitable locations before initiating further gameplay actions.

Have a clear forward direction

The player may have other items in their room to be wary of. Maybe a monitor is in front of them or a glass door to the right. It’s therefore important that the player understands their orientation in relation to the real room. You set a forward direction when configuring the chaperone systems, so it makes sense to put a strong emphasis on this direction. This is where menus should appear and you should get players to face this direction at regular intervals to help them keep their bearings.

I hope some of this information is useful. If we want players to feel truly immersed they need to be able to think less about their physical environment, stop doing the VR shuffle and explore the virtual world with more confidence. I’ll be experimenting with more ideas in future developments, but please let me know your thoughts and ideas in the comments below.

Brett Jackson has been developing VR games since 2015. His first game, Dimensional, won the UK’s VRTGO 2015 VR competition and was released in 2016 after a success Kickstarter. He continues to innovate and experiment with ways to make the most of the available technology. Read more at www.JumbliVR.com or follow @JumbliVR on Twitter. This post originally appeared here. 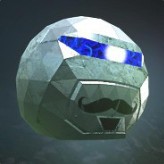