The Tilt Brush dev team has been quiet these last few months since they pushed the last major update, which is unusual considering the team used to roll out a major update every few weeks. But today we learn why, Google is releasing the biggest Tilt Brush overhaul yet.

Custom environments, lighting controls, modular workspaces, a Tilt Brush oriented social media platform, and ton of other small improvements. There’s a lot to unpack, let’s slow ride through it all.

This is one of those features that people have been asking for since last summer. The old fixed lighting system used to make it pretty tricky to get a scene’s mood just right since lighting can drastically alter everything. But with the new lighting panel, users can now set the color, intensity, and position of a key, secondary, and fill light.

There’s also a new environment panel that allows users to customize a scene’s sky and fog settings. Currently skybox images can’t be imported into a scene, but a custom environment can be mixed with a default environment like the snowman scene, or space. This means that you can make space purple while keeping the stars in the scene, or give the standard mountain scene a bright blue sky.

These panels also make for great color correction tools. In the image below, I combined six snapshots of the same scene with six different environmental settings. Number one represents the colors I painted with, but I personally like the augmented colors of number four better.

These new panels are reasonably easy to interact with and understand. To move a light, users don’t have to create a light object then place it into the scene, they can just spin a small representation of the light around an orb that simulates the lighting of a scene. It is admittedly tricky to grasp how to best use the lights and fog, especially for someone with minimal experience in lighting, so here’s a quick break down.

When used correctly, these new settings can really breathe new life into a piece.

With so many panels at our disposal now, it’s hard to create one system for everyone. So any of the panels that were stuck to the menu hand can float by themselves now. This is a HUGE workflow improvement, because now users only need one hand to select something instead of pointing one hand at a menu on your other hand.

It’s also possible to re-arrange the panels that are still stuck to the menu hand, and new ones can be added to the mix. I’ve started to develop my own workspace flow where I start with my panels out in front of me, and then I stack them all onto my hand after about 15 minutes of working on a painting.

Unfortunately, there’s no way to save preferred panel set ups, so if things get mixed up during a session, everything will have to be pieced back together manually

The concept of the new website is that users can upload sketches to it straight from Tilt Brush without having to mess with rendering settings like Sketchfab. Once a piece is titled and published, anyone can use any device to tumble around it in 3D, “like” it, and then “remix” it in Tilt Brush.

When you like a piece on the site, it’s automatically added to a liked folder within your personal Tilt Brush through your Google account. From that folder you can open the piece in VR, change it, or add to it however you like. Afterwards you can re-upload it to the site so the original artist can view your changes.

It’s a great concept that solves Tilt Brush’s biggest problems: how do you share a Tilt sketch to someone, how can they easily open it, and where can people admire all the new art that’s being made? But it’s also missing some winning features, such as an artist follow button, or the ability to comment on art pieces (other than remixing).
Regardless, it’s a great start. But what do you think? Were these the features you were waiting for? How do you plan to utilize the new site and environmental settings? 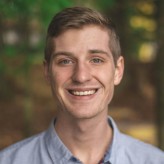